The new bicycle station in Bergamo, designed by Studio Capitanio Architetti, goes a long way to make the desire to support the city's cycling mobility tangible. The low-tech and completely reversible infrastructure in white metal carpentry and glass is part of the intermodal connection hub and at night transforms into a bright lantern for the area near the train station. 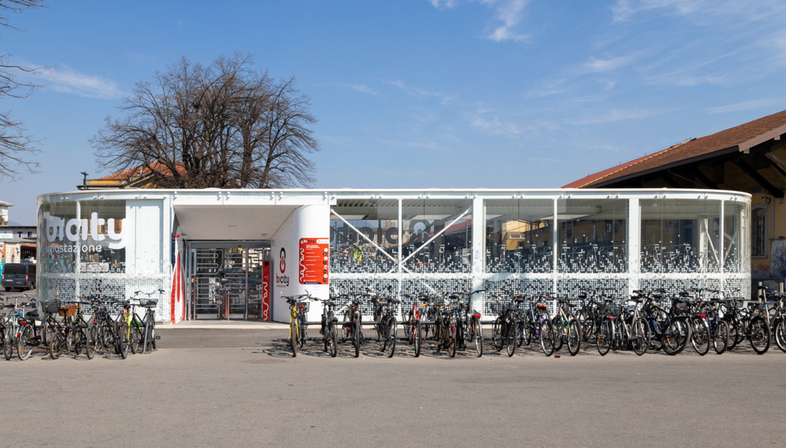 Sustainable mobility is one of today's most relevant issues, where between the ongoing climate and energy crisis the use of bicycles is rapidly increasing. This, also thanks to e-bikes, which provide a valid mode of transport for users even in a demanding city from a geographical point of view like Bergamo, divided into a lower and upper part.
This is the city's first bicycle station, designed by the local Capitanio Architetti studio as part of the Bicity project, a new strategic piece of soft mobility proposed by the Municipal Administration and built thanks to the funding provided by the Ministry of Ecological Transition.
The new structure is located near the train station, on the east side of Piazzale Marconi, recently requalified through a major intervention carried out by Portuguese architect Ines Lobo. The construction was conceived as a completely reversible low-tech infrastructure, based on the principles of the circular economy.
Remo Capitanio, founder and director of the architecture firm of the same name, explains the project: "The challenge for our studio was to work with subtlety in a sensitive area of the city. We interpreted the themes of soft mobility to create not only an easily accessible service but also an emotional space that brightens the square and its users at the end of the day."
These ideas have been translated into the new 200-square-metre station for 132 bicycles. The structural system in white glazed metal carpentry features a continuous glass perimeter façade, interrupted only by the entrance to the building where users can park their bicycles or borrow them using a mobile application available for download on the city's website. As architect Remo Capitanio explains in the press release, the main distinctive feature of the elevations is the absence of containment frames for the glass surfaces, where single-point fixings have instead been used. A solution that gives lightness to the architecture and optimises the use of natural light while in the evening, illuminated thanks to the photovoltaic panels integrated on its roof, it transforms into a bright landmark in the square adjacent to the train station. This design choice improves both the sense of safety of those who pick up or park their bikes here, as well as the livability of the area in general, enriched by the glazed pavilion.
It should be emphasised that in addition to being energetically self-sufficient thanks to the photovoltaic panels on the roof, the new bicycle station has been designed in a fully circular and reversible way: in fact, all the materials are reusable or recyclable and the whole structure can easily be disassembled and reconstructed elsewhere.
An aspect that should further encourage the creation of structures and services to support soft mobility, because as is often the case, it is not the will that is lacking, but the absence of suitable services. It is precisely for this reason that the architects, together with Pedalopolis, Bergamo's local association "of fearless daily cyclists", have paid particular attention to the management of the station. The service offered to cyclists, in fact, is fully automated with access through badges and pneumatic systems for raising the bicycle racks configured on two levels.
We can certainly say that Capitanio Architetti's project hits the mark: to introduce a new element integrated into the contemporary development of the square, offering the city of Bergamo a modal interchange centre between public transport, pedestrian and cycling mobility. All this, without foregoing beauty or sustainability, but rather enriching the local urban context. 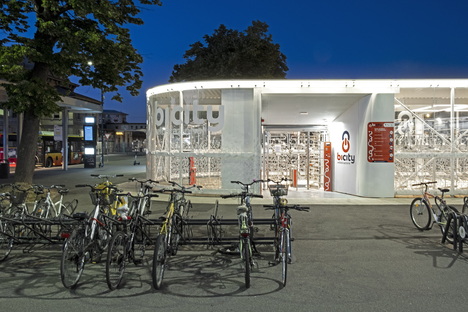 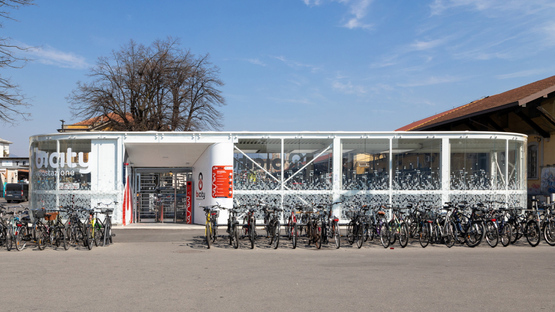 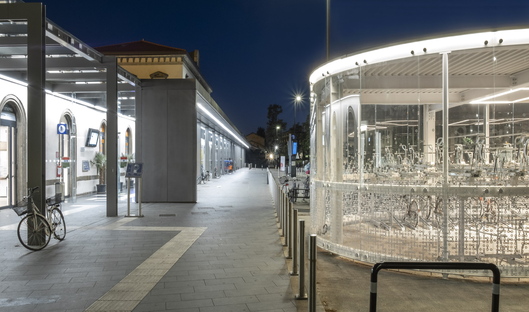 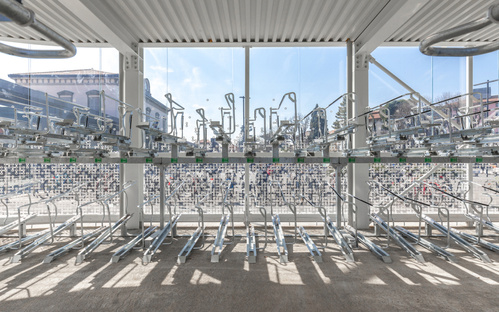 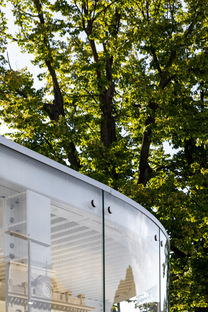 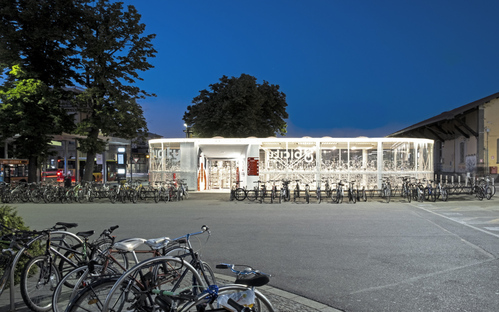 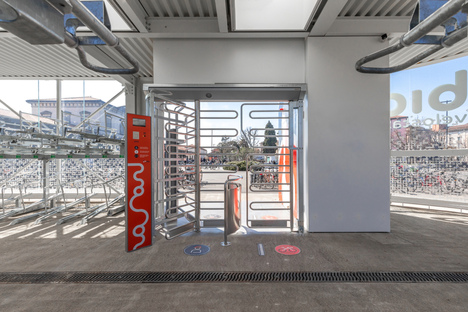 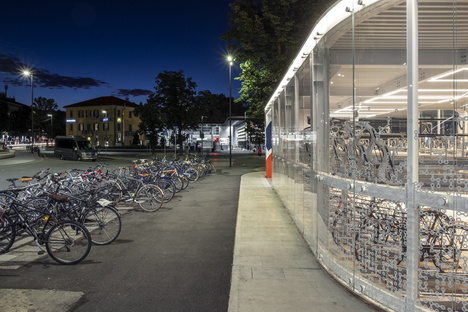 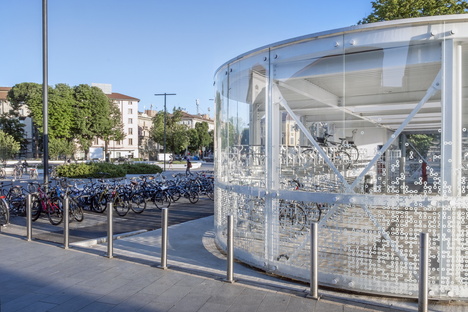 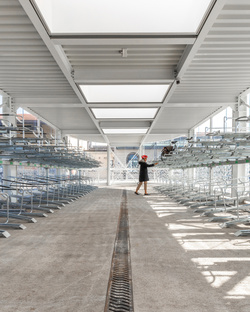 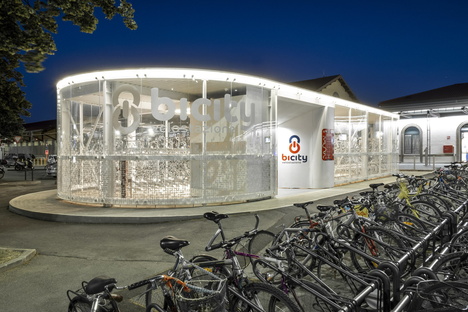 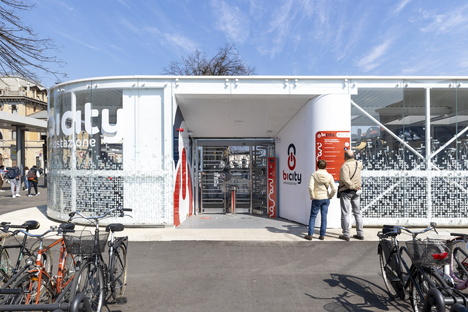