Sino-Ocean Sales Center, a building in Wuhan that brings together past and present

Responding to the loss of identity of many Chinese cities, the developer Sino-Ocean Land and the team from Waterfrom Design decided to craft a building that would embrace the urban landscape and create a link with the millennial history of Wuhan. 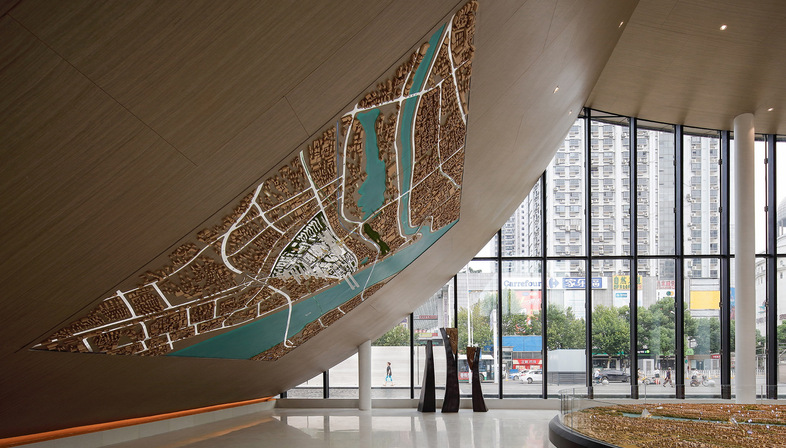 Responding to the loss of identity of many Chinese cities, the developer Sino-Ocean Land and the team from Waterfrom Design decided to craft a building that would embrace the urban landscape and create a link with the millennial history of Wuhan.


Wuhan, the capital of Central China’s Hubei province has a population of more than 10 million and growing. The metropolitan sprawl is located in a strategic zone where the Yangtze and Han Rivers meet. Of course, this means water is an important part of the natural landscape and urban environment, once treasured for its beauty, as testified still by some monuments from the past. One of these is the Guiyuan Temple, a place of worship for Buddhists built in the 15th year of Shunzhi (1658), Qing Dynasty and that exudes tranquillity and solemnity in the site of the new Sino-Ocean Sales Center, crafted by the team from Waterfrom Design.
This multipurpose centre for the sale of new homes under construction in the area aims to enhance the local cultural heritage, bucking the growing trend of cities that all seem to be the same, in China and elsewhere. So for this project, Waterfrom Design took its inspiration from the urban and the natural context as well as from the Buddhist architect, proposing a building with a sloping roof that is similar to that of the nearby temple.
Black and grey steel bars form the spine of the rooftop, stretching and undulating like rolling mountains, referencing the distant hills. Combined with the large pool of water, altogether it is reminiscent of a Chinese landscape painting. The transparent glass curtain wall interacts with the clouds and lights reflecting off the water to create a fascinating view and bring a soothing spiritual peace along the lines of the Chinese saying: “A breeze produces no ripples”.
The design team repeat the curves of the facade in the spatial layout of the interiors, which are inspired by the broader geographic location. For instance, the circular shape of the lobby borrows the form of Moon Lake, a famous local scenic spot. The curved ceiling and the floor-to-ceiling windows in the large open space draw a natural, welcoming frame. In the VIP area, the two curved 3D walls seem like sculptures that add the beauty of art to the space.
The references to the city's history and to local traditions don't end there. They are also implemented by the display of tea-making utensils. The tea ceremony is very common in Chinese everyday life, particularly due to the past glory of the tea trade of Hanyang, one of the three old cities that were merged to create today's Wuhan.
With the Sino-Ocean Sales Center, the team from Waterfrom Design bring together contemporary architecture with a vaguely deconstructionist feel and the oriental image of temples. The end result is an architecture that elegantly blends into the fabric of the city and achieves that fine balance between protecting the historical heritage and the need for further property development to address the issue of such a rapidly growing urban population. 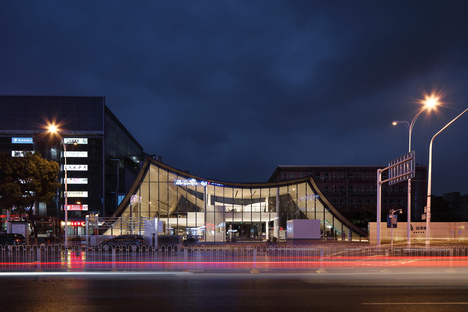 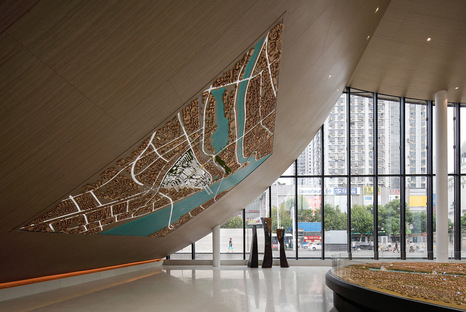 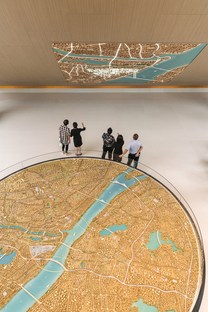 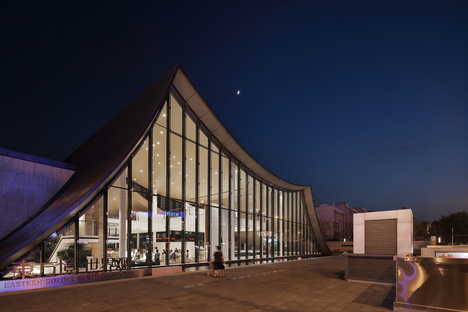 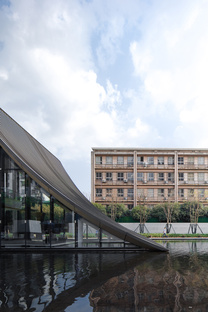 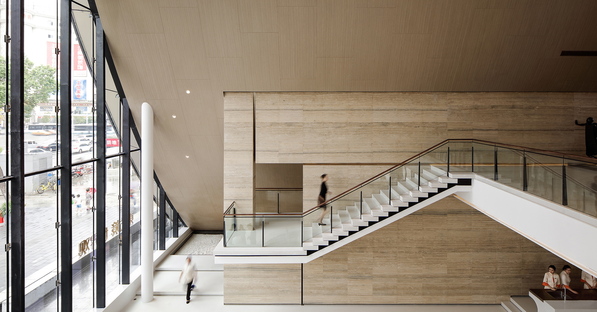 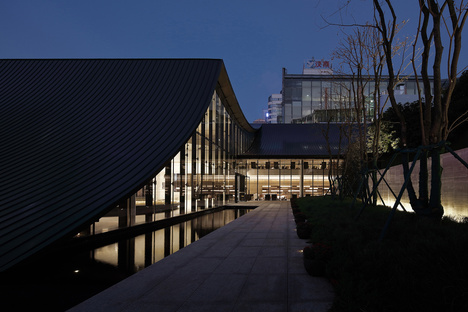 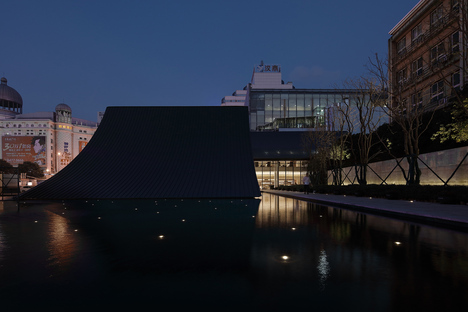 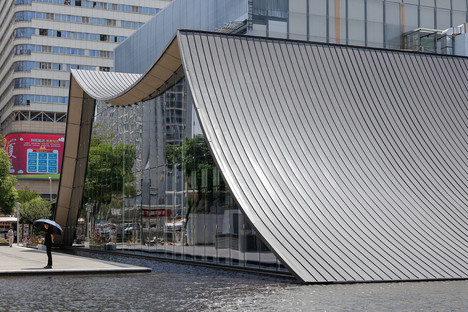