Just a few days left to see the site-specific installation that Berlin-based Italian artist Rosa Barba created specifically for the rotunda of the Schirn Kunsthalle in Frankfurt. 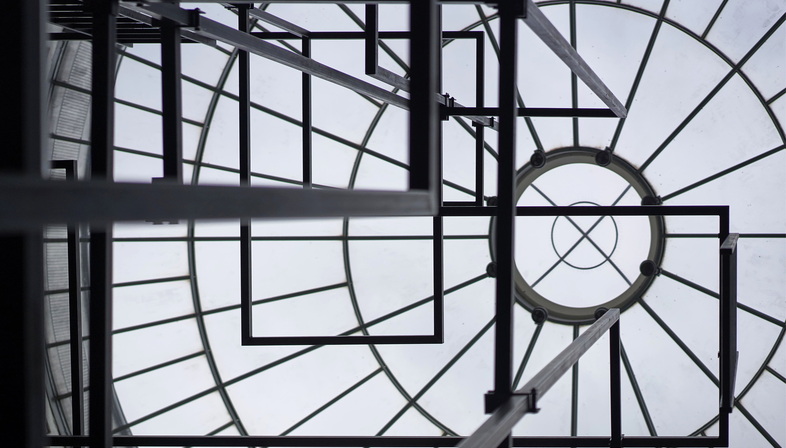 Just a few days left to see the site-specific installation that Berlin-based Italian artist Rosa Barba created specifically for the rotunda of the Schirn Kunsthalle in Frankfurt. With “Blind Volumes”, she transposes the cinematic principle of the video into a spatial, architectural context.


A steel framework, like the skeleton of a building, fills the rotunda marking the entry into the Schirn Kunsthalle, in Frankfurt, Germany. A round, unique space with a diameter of 20 metres crowned by a large glass cupola, the highest element in the whole architectural complex, whose longitudinal form of galleries is a response to the site where it was built from 1983 to 1986 by German firm BUSS.
The Schirn - as Frankfurters affectionately refer to it - does not own its own collections, but is one of the most esteemed European exhibition spaces because of its wide range of cultural proposals. Exhibitions for the general public, including the major exhibition on René Magritte opening on 17 February 2017, alternate with exhibitions by emerging and experimental artists.
Visitors still have until 8 January 2017 to see the site-specific installation “Blind Volumes” by Berlin-based Italian artist Rosa Barba. Rosa Barba is known for her conceptual approach to film, and at the rotunda of the Schirn for the first time she transposes that principle into a spatial, architectural context. A really striking visual where she sets up an interdisciplinary dialogue, combining the artistic media of film and sculpture.
The 12-metre tall structure consists of some 80 steel elements, a reference to building framework, bringing to mind the Constructivist ideas of the early 20th century, and also the idea of film editing.
The result is a stage for dynamic choreography combining visual imagery, light, and sound, a creative statement that greets visitors to the Schirn. 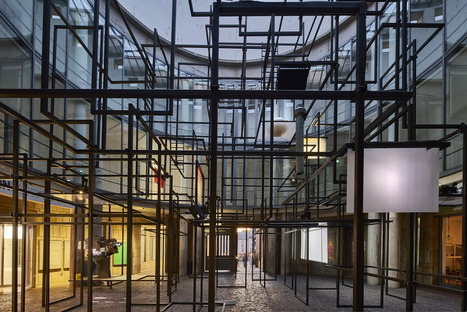 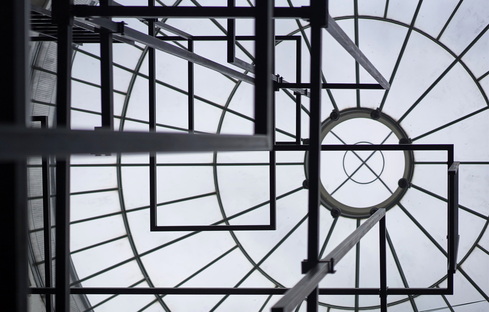 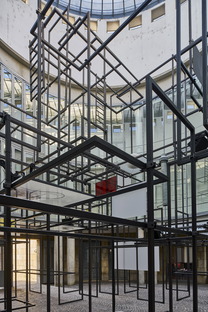 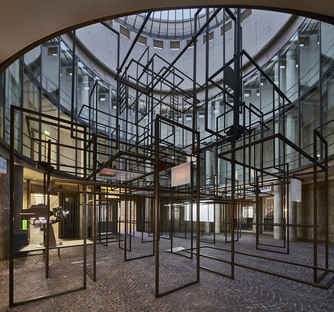 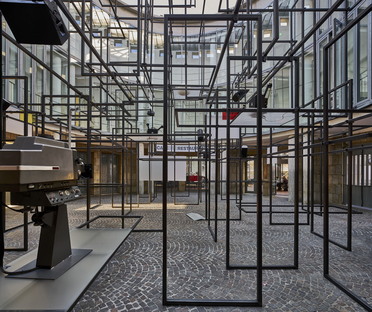 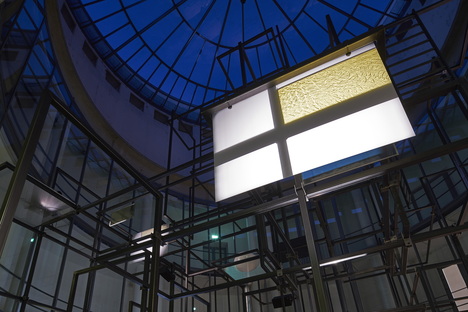 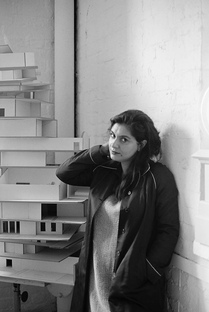