The design and architecture agency COORDINATION ASIA joined forces with the management of the Shanghai Museum of Glass Park in 2011. 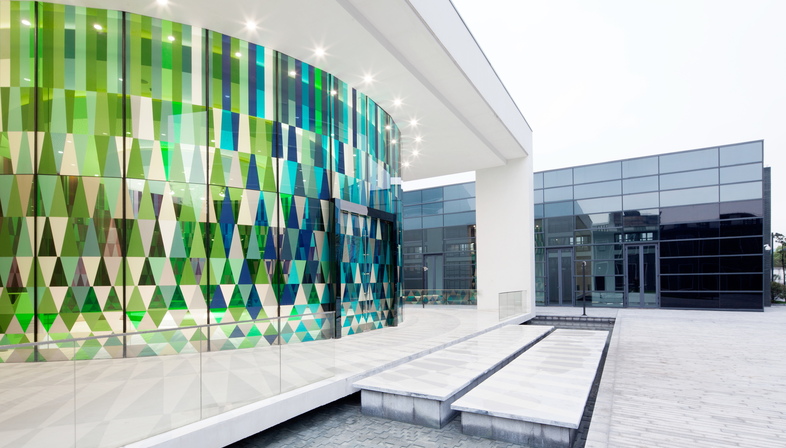 
A fairy-tale venue for an important like a wedding: the Rainbow Chapel is a creative wedding chapel placed inside the Shanghai Museum of Glass Park. This museum park designed by COORDINATION ASIA on the site of the converted former industrial glass workshop where international artists exhibit their works and a workshop area with glass-blowing activities tells the story of this versatile material.
With the Rainbow Chapel - a round wedding space covering 390 square metres - the award-winning agency COORDINATION ASIA under the art direction of Tilman Thürmer, has expanded the park's facilities and explores the endless possibilities of glass with specific reference to Chinese symbolism. The architect has set the round chapel inside a square, semi-open, white frame. This alludes to the infinite nature of the connections generated here and is also a good-luck message. the circle represents fullness and unity, while the square is a symbol of honesty and virtue - together they lend a sense of perfection
The white frame also emphasises the colourful facade patterns made of 3060 elements using 65 different colours, and the 6.8-metre high, semi-transparent kaleidoscope windows giving the chapel a happy vibe as the lighting changes inside with the sun's movement.
To complete the offer, COORDINATION ASIA has converted the former glass workshop into an elegant, 1200-square metre banquet hall. So the Rainbow Chapel and the banquet hall together form a sophisticated event venue in the Shanghai Museum of Glass Park. 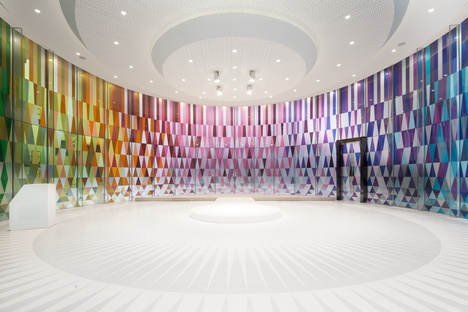 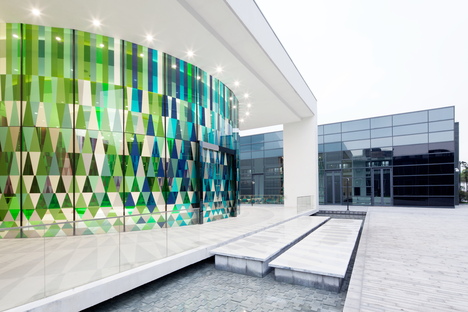 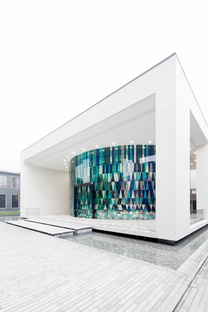 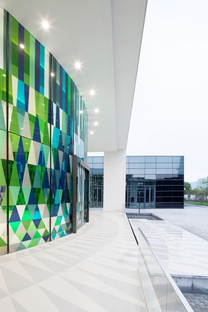 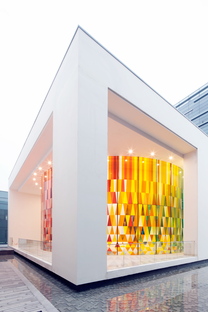 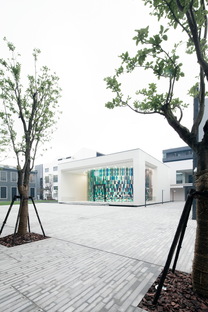 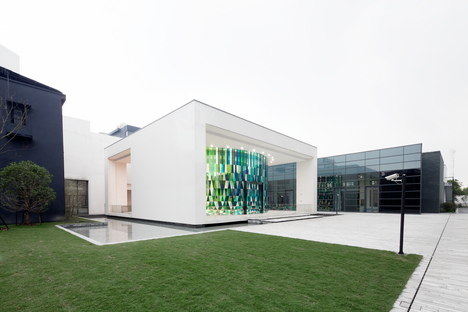 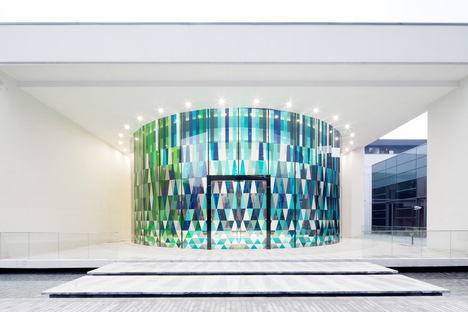 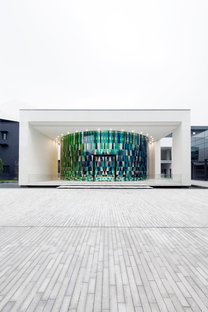 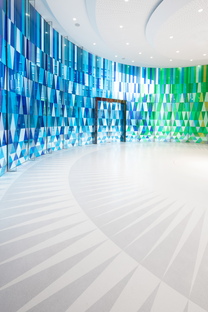 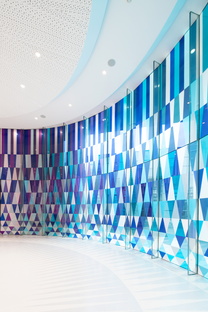 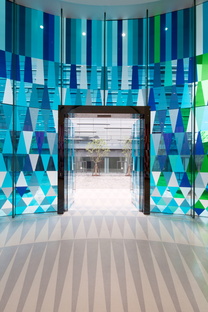 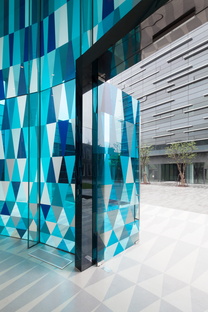 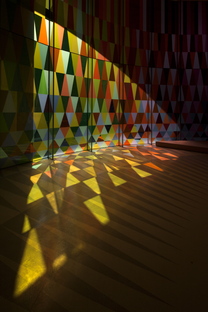 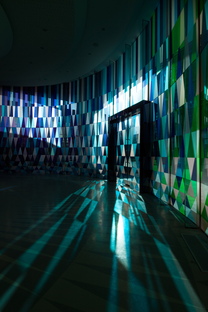