A project that has brought back a section of the Taiwanese coastline - a former military base with restricted access - to the centre of a landscape and architectural reclamation project. 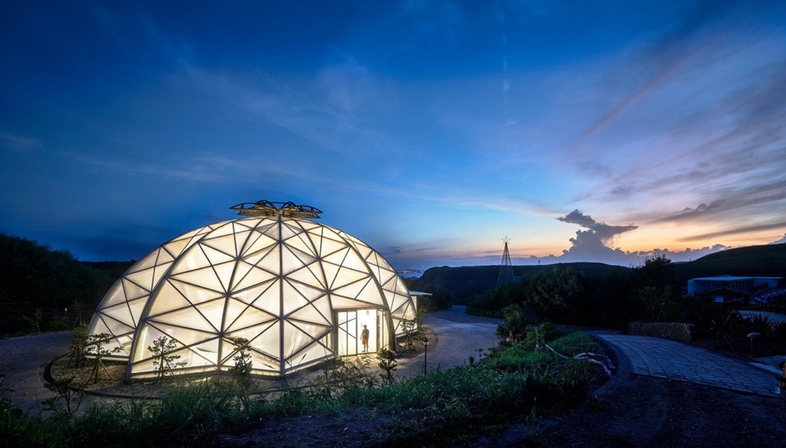 A project that has brought back a section of the Taiwanese coastline - a former military base with restricted access - to the centre of a landscape and architectural reclamation project. CCL Architects & Planners have turned it into a sprawling tourist attraction with cactus greenhouses, an artists' village and landscaping design to enjoy the almost pristine beauty of the site.


Military bases are often located in scenic spots, basically because they're outposts or lookouts. This was also the case in Taiwan, on the Fongguei peninsula in the district of Penghu, with an area that hosted a military base of the Taiwanese coast guard until 2008. The site already had architectural infrastructures and access roads so it was perfect for redevelopment based on the natural beauties of the location in a privileged position on the coast.
The local government backed the initiative and asked Taipei-based firm  CLL Architects & Planners with Co-Forest Environment Design Association to develop a reclamation project that would offer a new tourist attraction while minimising the impact of their work in order to protect the existing ecosystem.
After seven years of planning and construction, the site reopened with some remarkable results. The architects not only repurposed the military buildings as an artists' village with workshops and accommodation, they also crafted a one-of-a-kind cactus park.
The decision to create the Penghu Qingwan Cactus Park stemmed from the actual territory, which features basaltic rocks and diverse vegetation. Three greenhouses showcase the cacti: the big cactus greenhouse features large windows for ventilation, basaltic masonry retaining walls and teak integrated into the facade. The Echinocactus grusonii greenhouse is shaped like a cactus and has a curved igloo-shaped bent steel white structure that glows at night, while the third, basaltic-based greenhouse is inspired by local masonry retaining walls with the outside wrapped in jagged beams of teak wood.
CLL Architects & Planners completed the design of the village and greenhouses with a landscaping design that features walkways, sweeping grounds and recreational areas. The rainwater harvesting system dating back to the Japanese occupation has also been reactivated to protect local water resources and to be able to survive drought periods.
The Penghu Qingwan Cactus Park is the winner of the 2017 American Architecture Prize winner in Architectural Design (Agricultural Buildings category). 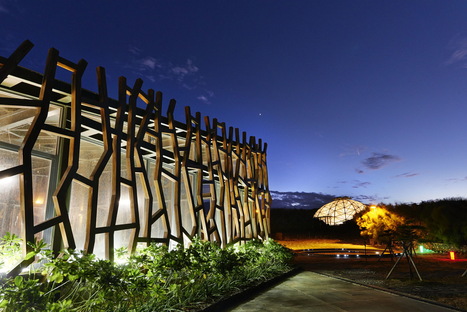 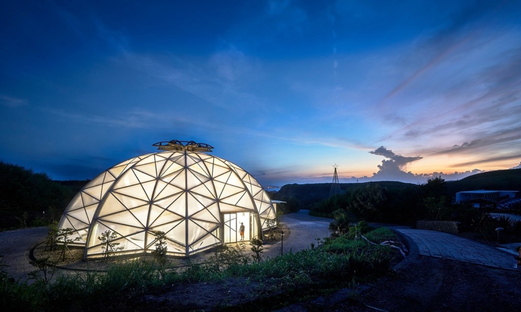 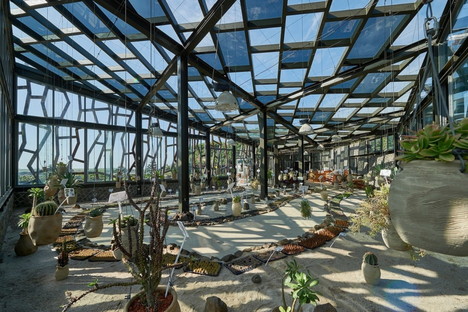 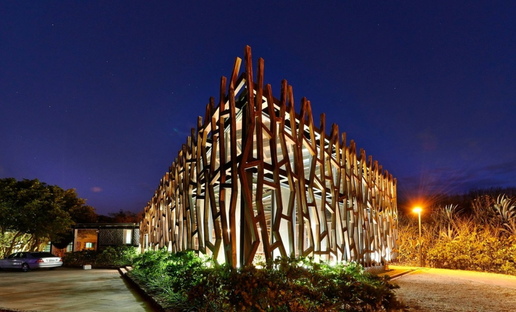 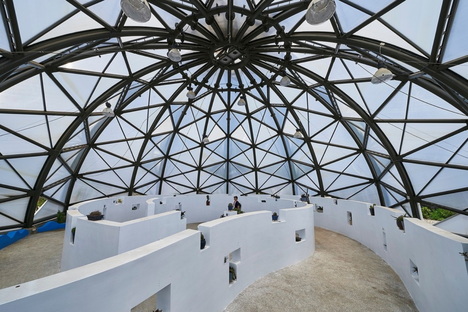 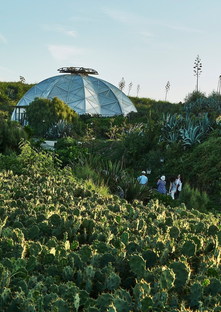 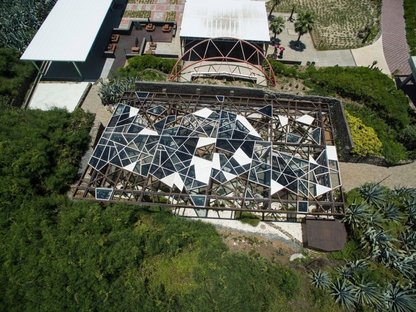 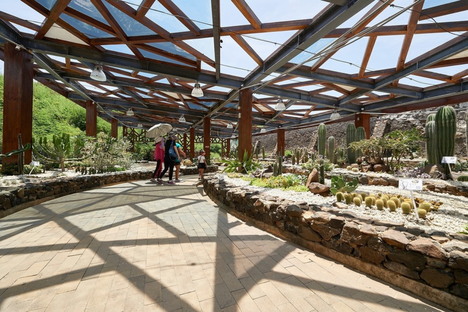 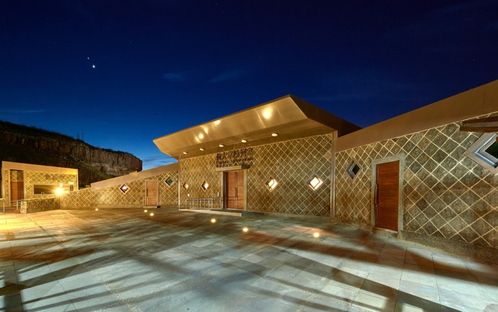 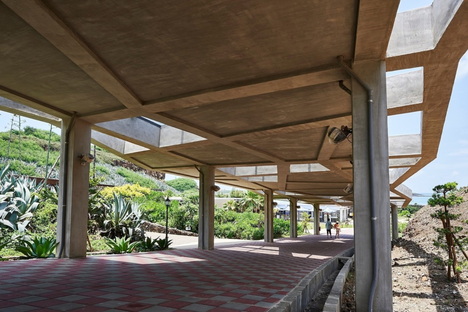 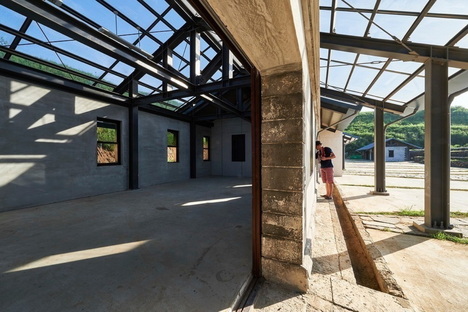 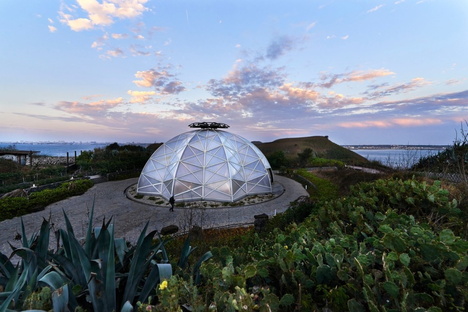