The Waterfront Door / Into the Ocean project is a large urban graphic intervention, but also an extensive process of redevelopment of the coastal strip of the city of Busan, completed by the Migliore+Servetto design studio. It has now been selected for the 2022 edition of the ADI Design Index as an example of excellence within the Communication Design category. 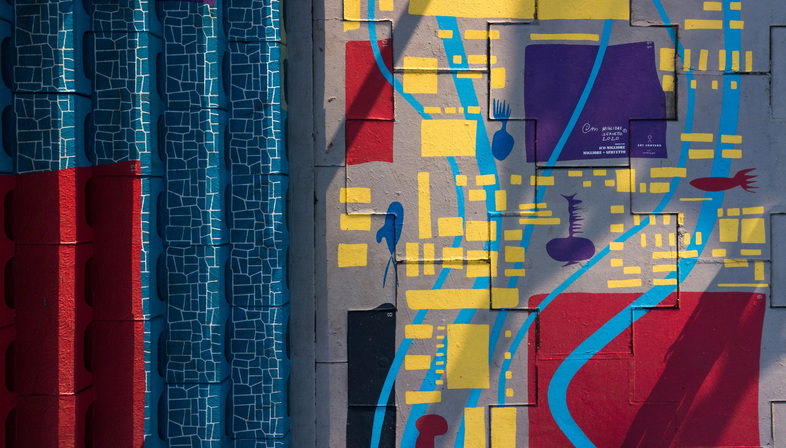 Waterfront Door / Into the Ocean is a large urban graphic project involving the redevelopment of the Millak Waterside Park in Busan, South Korea by the Migliore+Servetto design studio. With its 3.4 million inhabitants, Busan is the second most populous city in South Korea after Seoul. The city is located in the southeast of the peninsula and boasts the largest port in the nation.
The Millak Waterside Park was originally completed in 1997 and was a favourite spot with locals even before the creation of the Marina City and the Gwangandaegyo Bridge. Offering an open view of the sea and the sky, the park, which covers a 500-metre-long area along the coastal strip, has been a place of relaxation for everyone for over a quarter of a century, while the surroundings have continued to change.
Now the park has been the subject of a competition organised by the Korean Ministry of Culture, Sports and Tourism as part of the “Public art project - Our town art”. A national, visionary and strategic initiative that involves the redevelopment of various urban areas, with particular attention to the creation of urban community spaces where social distancing is respected through artistic interventions carried out by local workers. All this, to offer concrete support to the professional world of art and culture, which has been strongly affected by the pandemic and its restrictions.
In this context, Migliore+Servetto has created a dense and colourful design which, in line with its surroundings, evokes the marine world. But the beauty of this intervention in the urban space is that it is a collective work. Working in collaboration with the Art SoHyang Gallery, the Italian studio involved 40 local artists who were entrusted with transforming architect Ico Migliore's sketch into the grand scale of the waterfront. The choral nature of the intervention is therefore, as we can read on the studio's website, "not only the expression of the enriching dialogue between art and design, as similar disciplines in terms of research and tools, but also an example of the fruitful cross-cultural exchange between Italy and Asia."
In addition, the drawing, which forms a punctuated pathway, addresses marine nature, while at the same time exploring and promoting relationships between people. Because Waterfront Door / Into the Ocean offers a new and current concept of urban space, responding to the changing needs brought on by the pandemic context, with an increased demand in outdoor meeting spaces, while remaining respectful of social distancing when necessary. "New urban tapestries are thereby generated that are able to look at the city as our "collective home" and redesign it", as the architects explain.
Migliore+Servetto's commitment to creating a place that invites people to inhabit it by involving them in a sort of collective playground earned the studio the prestigious 2022 Red Dot Design Award in the Urban Installations category a few weeks ago. Now, the Waterfront Door / Into the Ocean project has been added to the 2022 edition of the ADI Design Index, the collection of the best Italian design selected by the ADI Permanent Design Observatory and part of the pre-selection for the 27th edition of the Compasso d'Oro 2024 in the Design for Communication category. A result that certainly confirms the importance of the artistic gesture in urban planning and in the revaluation of places. 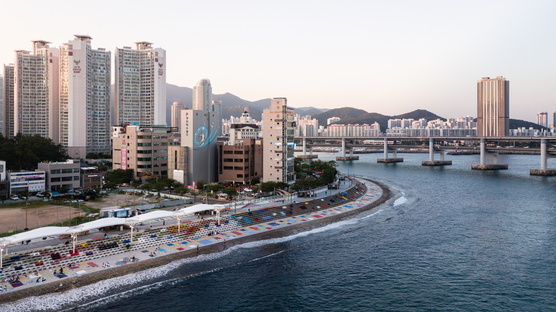 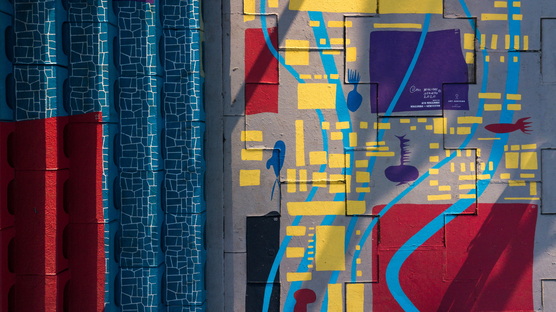 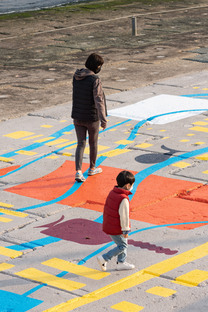 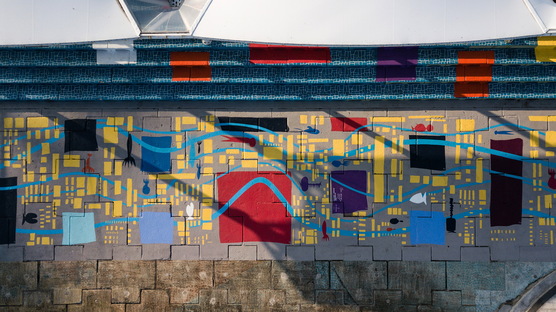 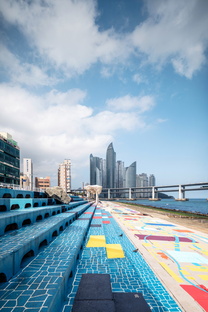 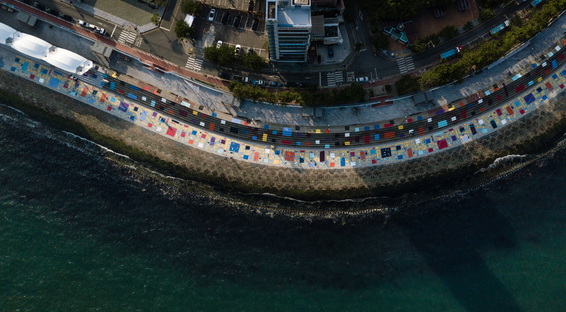 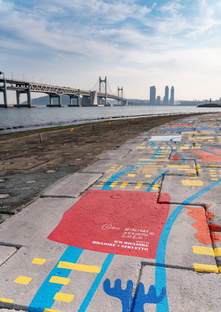