Ovenecka, makeover in Prague by SMLXL

The refurbishment of an apartment in Prague by Czech architecture firm SMLXL turns into the opportunity to introduce contemporary architectural and design elements into an existing building in the Letná Park zone. 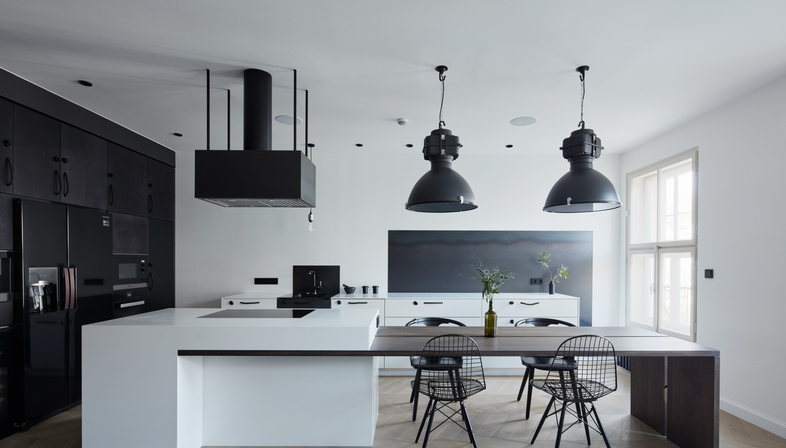 The refurbishment of an apartment in Prague by Czech architecture firm SMLXL turns into the opportunity to introduce contemporary architectural and design elements into an existing building in the Letná Park zone.


The Letna district in Prague stands on a hill overlooking the city centre, only a few minutes away but with the advantage of not being in the middle of all the humdrum. Letna is known for its Bohemian feel and its many art-related spots, including the National Gallery and the Academy of Fine Arts plus a plethora of independent galleries. Lots of Constructivist buildings bear witness to the district’s boom in the 1930s.
All of this sets the urban scene for the Ovenecka project by Prague-based firm SMLXL. The architects Klára Valpvá and Eva Mohylová revamped an apartment of 95-plus square metres with a balcony in a recently renovated building, sold by the developer in a shell and core state. The goal of SMLXL was to at least partly restore the apartment's original character now represented only by the clad windows.
So they chose a customised casing door to match the windows, and which was also higher than the original proposal. The French-style parquet floor in the living zone is another historical reference that contrasts with the entrance hall, Here, the black floor and the metal sliding door separating the two areas are more in a contemporary industrial style, also repeated in other details, like the kitchen.
What binds the whole project together is the blue colour, used for example to paint the brick wall in the living room, for the sofa, for the blue mosaic tiles around the tub in the bathroom, as well as on the doors leading to the ensuite bathroom from the bedroom.
Ovenecka by SMLXL is a home with an unmistakeable style whose contemporary feel does not overwhelm the history and the mood of its location in this district of Prague. 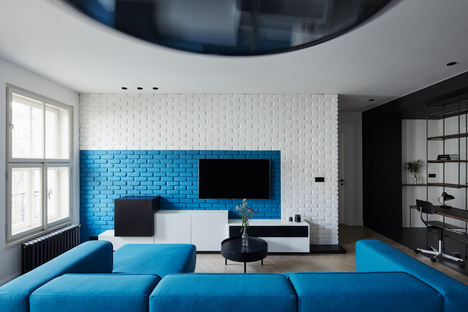 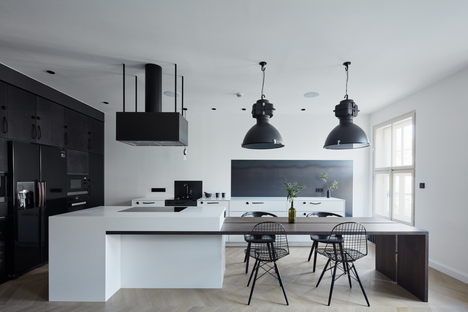 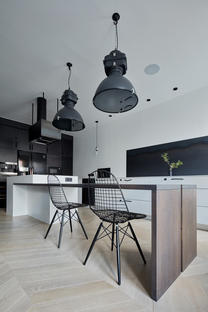 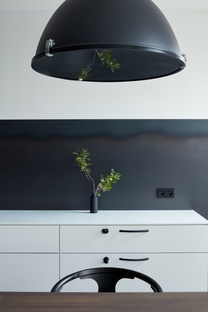 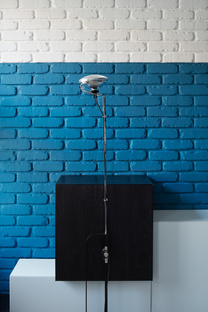 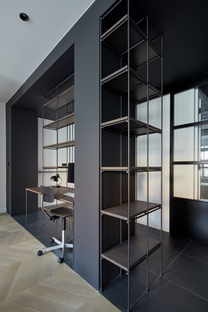 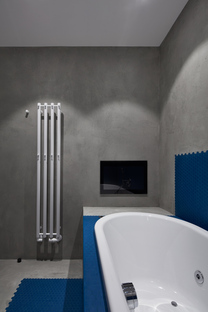 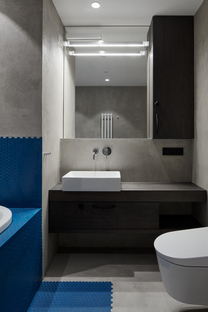 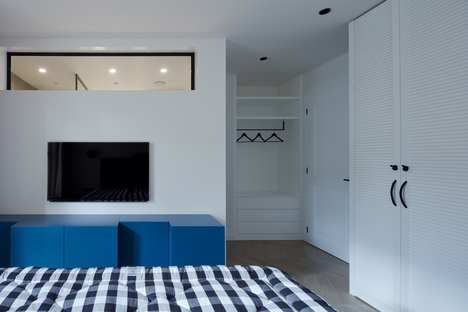 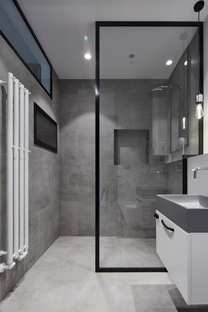 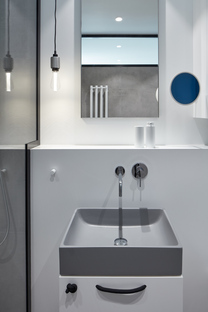 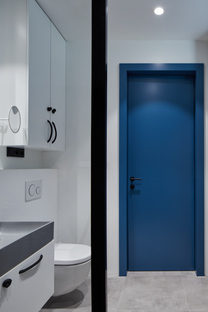 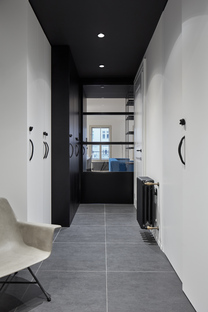 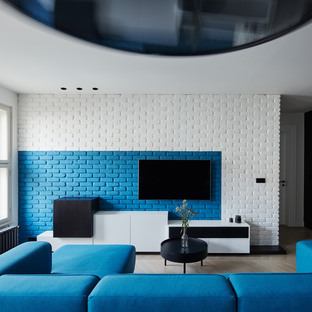