With its three houses, the Deichtorhallen Hamburg offers one of Europe’s largest exhibition venues for contemporary art and photography, now welcoming visitors with a new place to complement the art experience with a sociable setting that stimulates communication and the exchange of ideas. 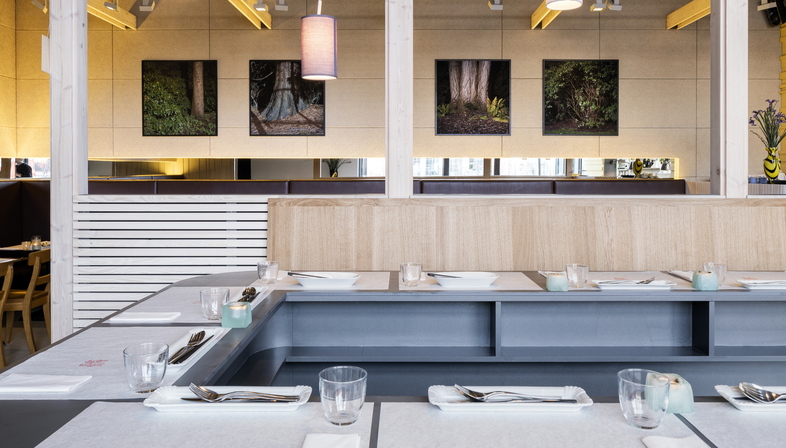 “The symbiosis between contemporary art and photography and the culinary experience will be taken to a future-oriented level with the new operators. Our cuisine must surprise and inspire visitors just as much as our art”, says Dirk Luckow, director of Deichtorhallen Hamburg at the opening of the restaurant “Der erdbeerfressende Drache”, or the Strawberry-eating Dragon, which has replaced the former venue “Fillet of Soul” which had occupied those spaces for 15 years.
The restaurant seats 45 and is run by Thorsten Gillert; the idea is to set an example of how art, culture and culinary delights can entertain and stimulate reflection. The founders of what started out in 2018 as a pop-up eatery in Hamburg tell us the story of the rather unusual name, which has its origins in Ticino, Switzerland. “The Strawberry-eating Dragon” was the name of a show intended for children and adults alike, which the clown and artist called Dimitri presented in his theatre in Ticino in 1980. The show was based on the awareness that the vehicle typically used to reach the audience with a simple message no longer worked. So the theatre became a circus, and the actors became artists. As artists, they used forms of expression entirely different from actual language.
When making the decision about what to call the new restaurant, the gourmets – Thorsten Gillert, Rainer Wendt and Jörg Meyer – saw some similarities with the artistic experience in Ticino, including the feeling that they wanted to change their ‘format’, accompanying it by the playful lightness of acrobats and the many aspects of their role as hosts.
The space itself is a simple, accessible environment, intended to be inviting, rather than intimidating. Simple, unpretentious materials, pale colours and an open kitchen immediately convey an informal, relaxed atmosphere. Because being open-minded and communicative is very important. “We need places where people can get together and share ideas, not be told how and where to eat”, says Thorsten Gillert.
The restaurant offers small dishes, cooked using the finest ingredients of the territory and with ideas and inspirations from all over the world. Those of you who decide to spend some time at the Deichtorhallen can enjoy a new experience for a worthy conclusion to a tour of one Europe’s largest spaces for contemporary art and photography, which after being closed during the pandemic, opened its doors again on 7 May. The structure in the historical centre of Hamburg welcomes visitors with five exhibitions in its three buildings. The two painting exhibitions - Jetzt! and Quadro - have been extended until 9 August, and the special exhibition Installations from 25 years of the Falckenberg Collection has been extended until 30 August. There are also two brand new exhibitions in Photography House: gute aussichten and recommended - Olympus Fellowship, because the forced closure allowed the organizers to set them up. A perfect stop if you’re going to be in Hamburg this summer! 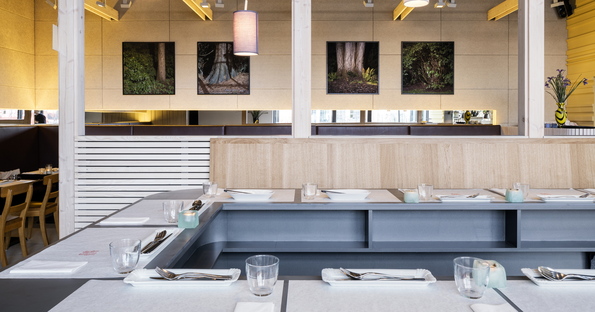 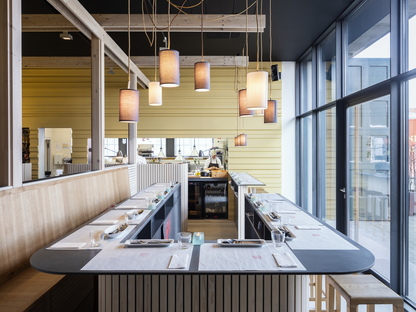 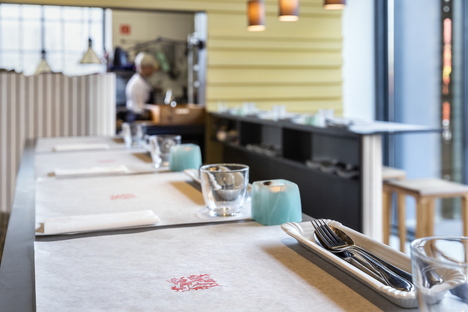 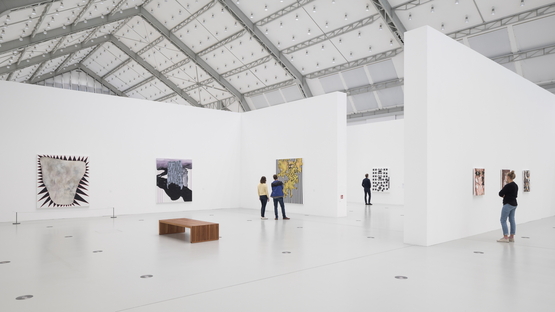