Narrating the evolution of the city through the urban art of graffiti. On the occasion of its 100th anniversary, the Museum for History Hamburg presents the exhibition entitled "A City Becomes Colourful. Hamburg Graffiti History 1980-1999", curated by Oliver Nebel, Frank Petering, Mirko Reisser and Andreas Timm, offering a special look at one of the most exciting chapters in the city's recent cultural history. 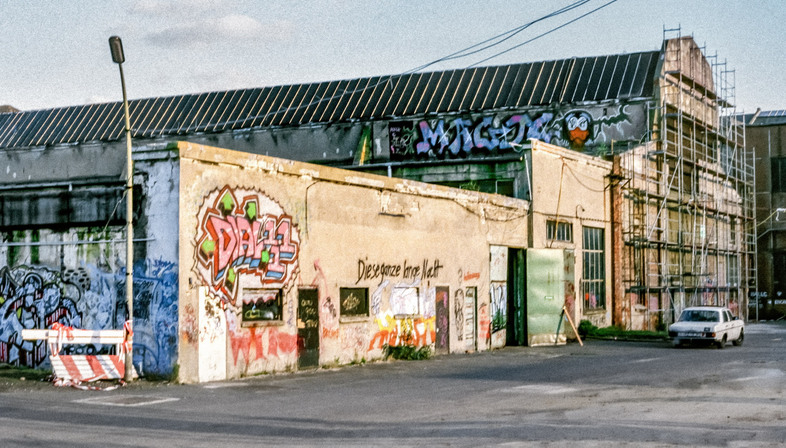 We often speak of art in its most diverse forms of expression, as a driver for urban development. In this sense, graffiti is certainly one of the most urban art forms out there, as the writers use the elements of the city – from walls to trains – as their artistic canvas, to communicate in an unfiltered manner to their audience: citizens.
A type of artistic expression that describes a change, the appropriation of space by those who actually live the city, in other words not urban planners as promoters, but young and daring young people. A phenomenon that originally arrived from overseas – just think back to the American Keith Haring, one of the genre’s biggest names – at the beginning of the 1980s, including in Hamburg. And with it, Hamburg's cityscape gradually began to change. From a grey city dominated by post-war architecture, Hamburg was suddenly transformed into a colourful and diverse metropolis where graffiti artists, inspired by films like Wild Style and Beat Street made their way around the city at night with spray cans leaving colourful images, symbols and writings on its walls, bridges and train cars. Hamburg soon became one of the European epicentres of the graffiti and hip-hop scene, together with Paris, Amsterdam and Munich.
Born as a subculture, initially an individual hobby, the phenomenon quickly gained popularity and become a network in the city. Artists learned from each other, began planning joint campaigns and what was initially a personal hobby, quickly became a subculture with its own codes and rules. From there, the path to the general public was short and in the late 1980s, the media would soon turn its attention on the sprayers and on the S-Bahn Surfers, the dangerous practice of jumping on city trains. In the meantime, youth centres would begin to provide areas where works could be created safely, while the first museums and galleries would begin to present spray art to a wider public. But the truly remarkable aspect is the fact that the cultural authority in Hamburg began to scientifically study the graffiti phenomenon, allowing the subculture to emerge from the niche. An interest that reaches far beyond the mere anthropological aspect of the phenomenon, with concrete repercussions on the city itself and on how it is seen and experienced. So the question is are there alternative approaches to urban planning to create surplus value in difficult urban contexts?
Visiting the exhibition that opened its door to the public on November 2 and runs until July 31, 2023, it becomes apparent that indeed, graffiti does leave a mark, putting us in close contact with the surrounding urban context. Thus, this exhibition is not merely the story of the origins of this Hamburg youth subculture, narrated by curators Oliver Nebel, Frank Petering, Mirko Reisser and Andreas Timm with almost 500 exhibits, including photos, texts, sketchbooks, spray cans, newspapers, magazines, records and accessories. In their research, the four were able to link their work to the richly illustrated volume"EINE STADT WIRD BUNT" (A CITY BECOMES COLOURFUL), published in 2021, from which the exhibition took its title. Like the book, as we read in the press release, "the exhibition traces the historical arc from the creation of a new city topography after World War II, to the punk and protest culture of the 1980s and the emergence of a bursting graffiti scene." And at the same time it becomes clear how the city of Hamburg has changed over the last 40 years, while fashion draws inspiration on that very period, as we can see on the catwalks of fashion shows and around us.
The exhibition is accompanied by an app that allows visitors to follow in the footsteps of the graffiti subculture as they explore the city. This interactive tool takes visitors to places in Hamburg that were once of great importance for writers, such as the Jungfernstieg Corner, the Königstraße meeting place or the Gymnasium Altona, whose gym wall was once a famous graffiti gallery. 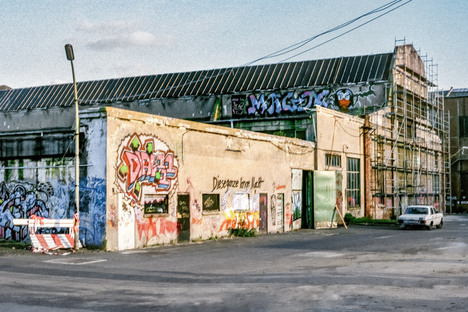 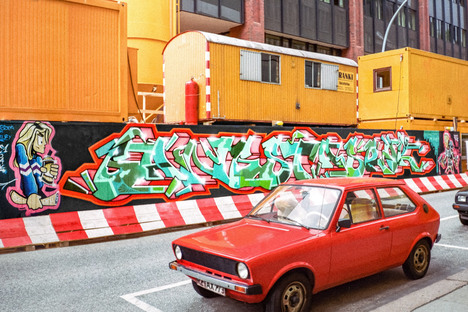 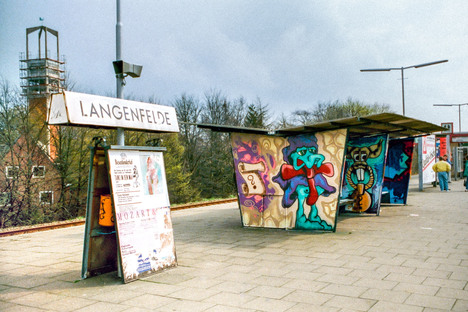 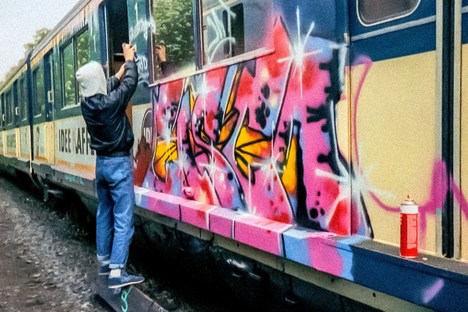 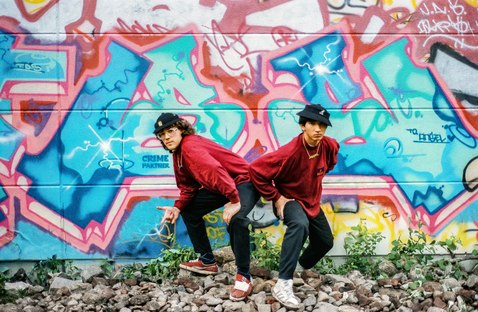 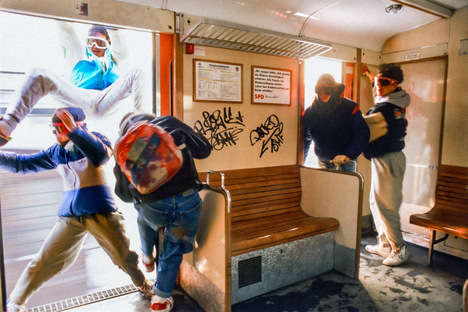 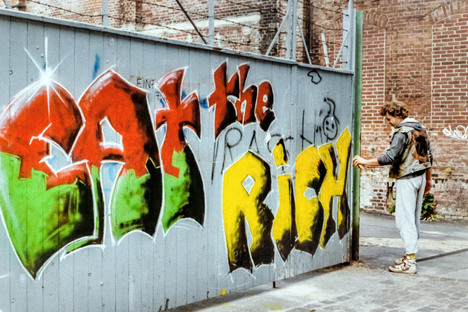 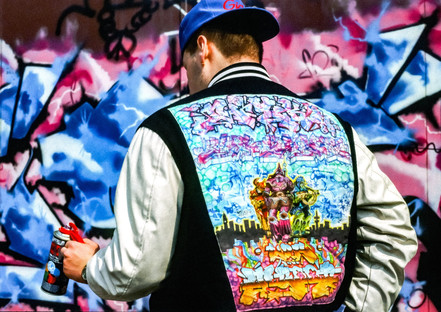