Cheng Chung’s studio CCD designed the Hotel Resonance Taipei, the first Hilton Tapestry Collection hotel in the Asia-Pacific region. Located in the Happy Village in Taipei’s Zhongzheng district, the hotel combines the brand’s international character with the unique atmosphere and memories of the city. 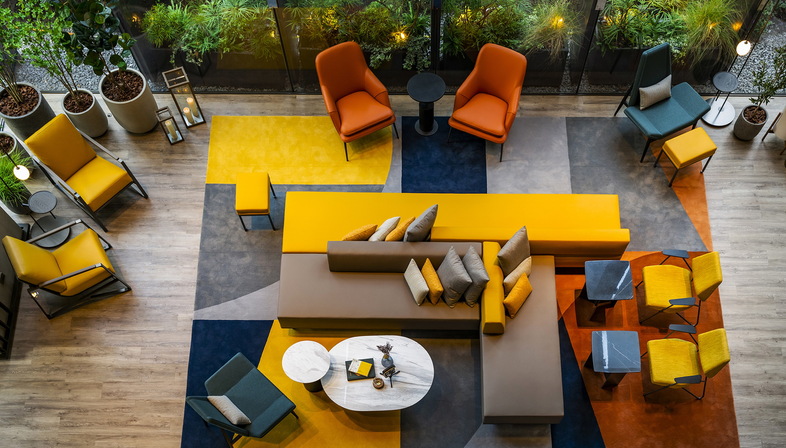 Did you know that celluloid is an essential by-product of camphor trees, as well as the raw material of films? Or that Taiwan, in its heyday, produced 80% of the world’s celluloid, and none of this would have been possible without camphor trees?
These details take on great importance in the eyes of the creative designers of CCD, the studio that designed the Hotel Resonance Taipei, the first Hilton Tapestry Collection hotel in the Asia-Pacific region. It is located in Happy Village, in the Zhongzheng district of Taipei, where camphor trees still grow, and, along with the glorious history of the film industry, inspire the design of the new Hotel Resonance.
Following in-depth study and analysis of the site’s history, the hotel chain’s brand positioning and the implications of the hotel’s name, CCD identified the "Film Box" as the theme of its spatial narration. And so, like a reel of film, the hotel building records its guests’ different stories and exclusive memories, their laughter, happiness and unforgettable moments. Upon entering the hotel, guests are welcomed by vibrant colours, furnishings and artworks triggering positive emotions, while the eight-metre-high lobby echoes the history of the site, which was a warehouse a century ago. The reference is also reflected in the materials used, wood and metal, resonating with the camphor trees and iron plants of the site’s history. Large French windows connect the landscape park that seems to recreate the historic small park of Happy Village. All the trees in the old park were transplanted on the basis of the “shared greenery” concept, to build a new urban park for the community sharing local residents’ memories with hotel guests.
All the interior design is in turn based on the logic of film, divided into frames and layers, as CCD views hotels as stages on which to act and create stories for all, conveying, transforming and even constructing timeless emotions, as in a film. This is why the guests’ rooms are designed to be private "movie rooms" where hotel guests stage their own stories. In addition to this decorative element created with effects of light and shadow, all the rooms are decorated in industrial style, with creative details echoing the hotel’s theme narrative, such as the leather-inlaid headboards paired with slat barn doors, decorative pulleys, a minibar door with holes and industrial-style wall lamps.
Thus CCD’s Hotel Resonance Taipei not only becomes the first Tapestry Collection hotel in the region but sets an example of how the history of a place can become the distinguishing feature of a contemporary location. 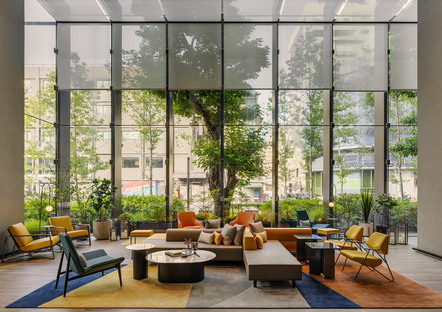 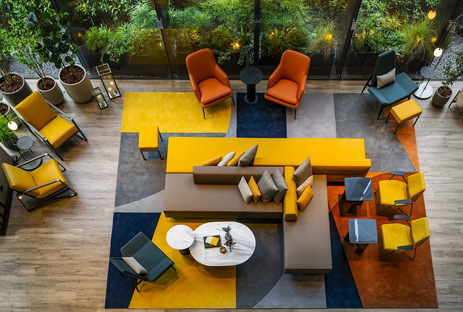 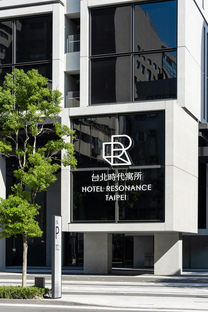 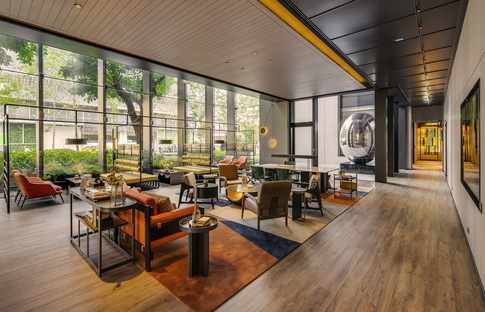 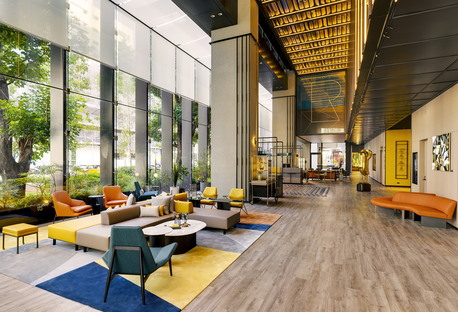 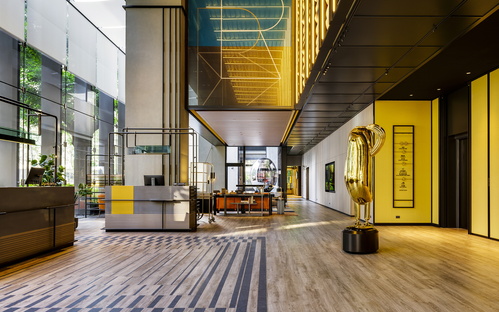 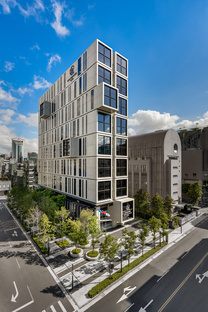 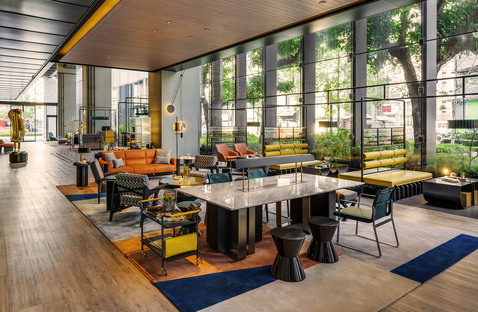 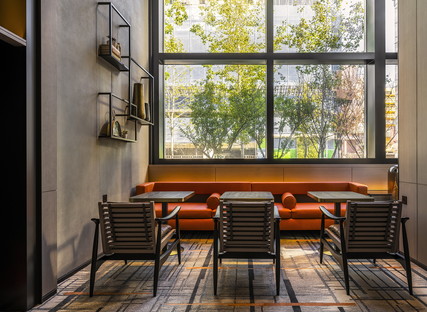 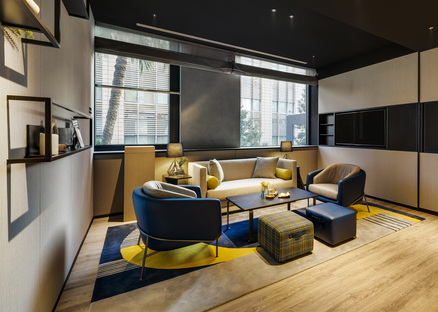 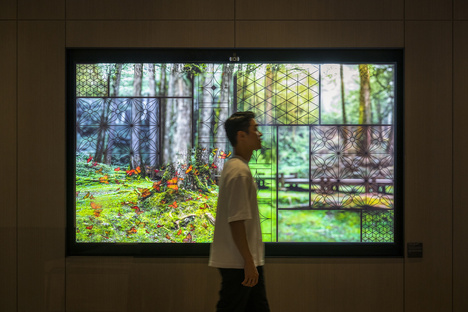 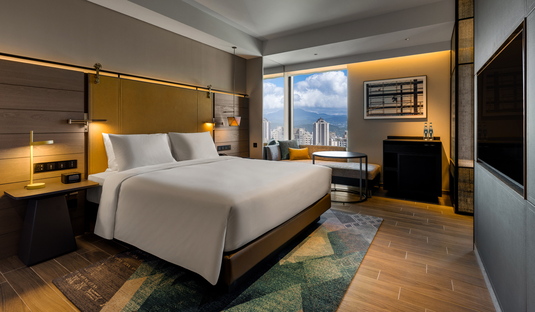 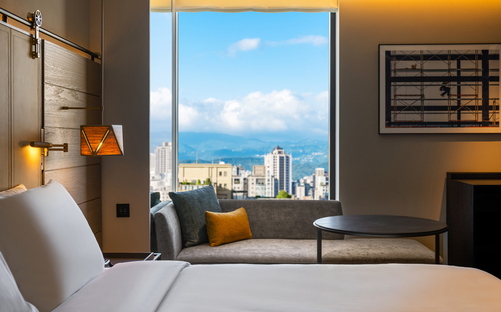 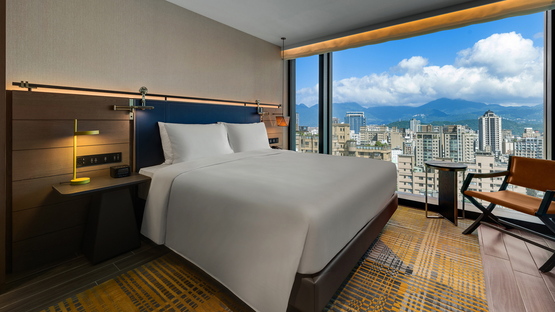