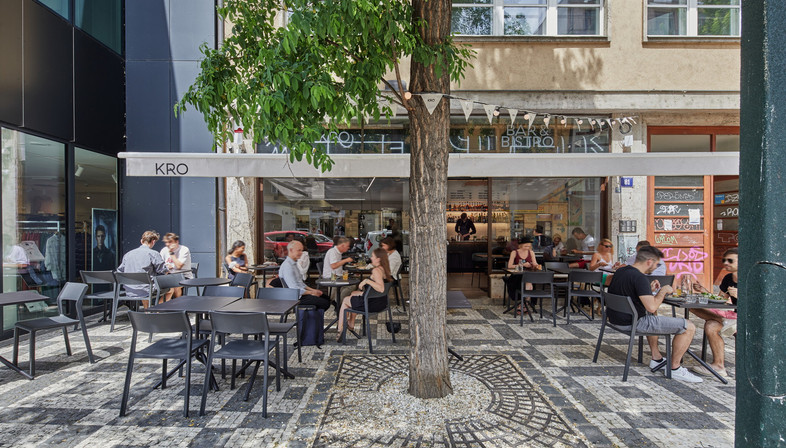 Kro Bistro & Bar is based on the original concept behind Kro Kitchen, a Prague restaurant serving “haut cuisine” street food. As the creators of Kro Kitchen say, “Our aim is to create simple dishes with great attention to detail. We like to combine oldschool and modern techniques…” All while working in close collaboration with local farmers to provide a seasonal, local culinary offering.
The same ideas inspire the interior design projects of NEUHÄUSL HUNAL, the studio run by David Neuhäusl and Matěj Hunal. The two architects have been working with Kro for a number of years, first in Kro Kitchen and then at Kro Coffee. The motifs and concepts they used previously, as well as the lighting characterising these convivial spaces, are further elaborated here. For the first time, customers are offered not only a place for enjoying excellent chicken marinated in a blend of fermented spices, but a sophisticated bar dominated by two big counters from which diners can watch the process of food and beverage preparation.
In line with the venues they previously worked on, the architects used the same motifs as they employed in Kro Kitchen and Kro Coffee, adapting and developing them. The fulcrum of the project is the iconic lighting forming an integral part of the ceiling structure.
What first strikes the eye is the “unfinished” impression one has upon entering the space, which measures only 64 square metres. As NEUHÄUSL HUNAL point out in their note for the press: “By removing the original soffit we created a visible line between old and new. Above the line everything stayed existing while anything below has been transformed.” In short, they created a new base without changing anything that was still worth preserving: an increasingly frequent attitude in interior design making it possible to maintain the chronology of the project, a “timeline” tangibly scanning the space, providing a counterpoint at a time in history when we seem to live in a never-ending present.
The restaurant strikes us with its raw appearance. The metal upper part of the old shop windows along Sokolovská Street in Praha 08 district, only 15 minutes from the city centre and close to Wenceslas Square, Old Town Square and Prague National Museum, was removed to provide plenty of natural light. This architectural measure also opened up the interior toward the street, inviting curious passers-by to come in.
For the furnishings, the creative designers at NEUHÄUSL HUNAL used a highly versatile, economical material: plywood, finished with a black coat to create a sophisticated texture. The vinyl floor, a later addition from some previous use of the building, has been removed to expose the old terrazzo flooring, cleaned and finished to bring new elegance to the restaurant. Where work has been done, for instance to lay cables or new pipes, no attempt has been made to hide this: the new additions are clearly visible, patched up with concrete including a distinctive stone aggregate.
This creative, economical yet elegant solution minimises the cost of the Kro Bistro & Bar project. But, as we all know, it is limitations such as these that sharpen designers’ wits, inspiring truly appealing results in perfect harmony with the dynamism and flexibility now required in the restaurant world. 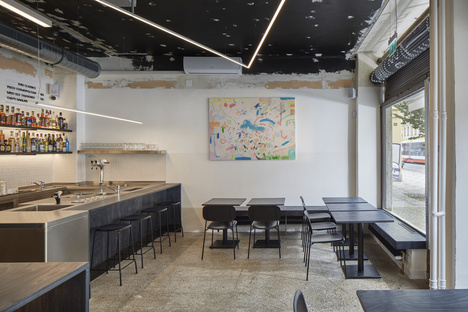 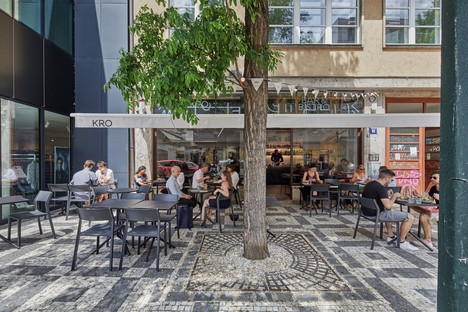 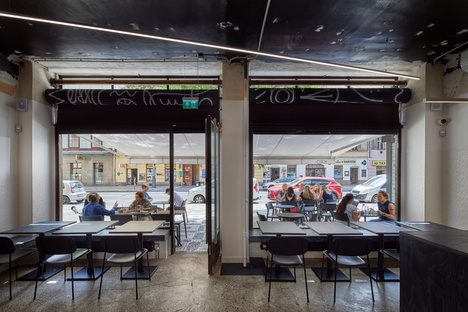 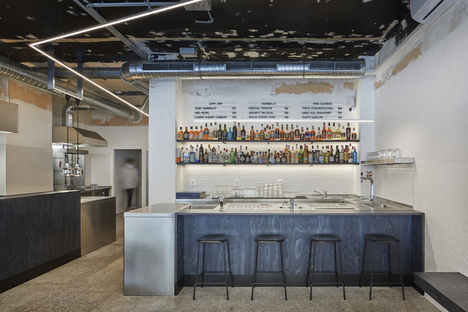 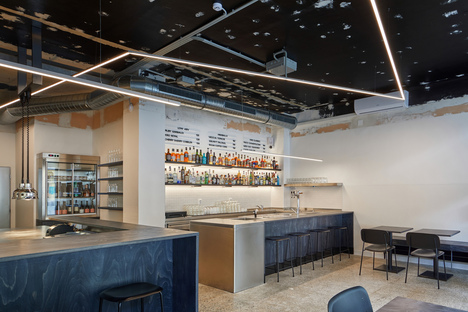 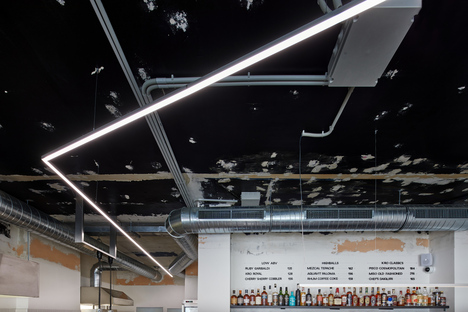 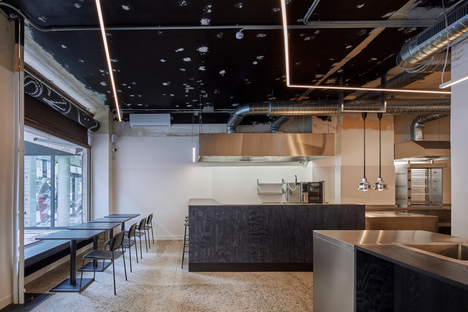 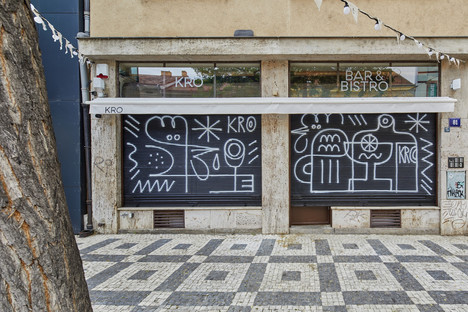 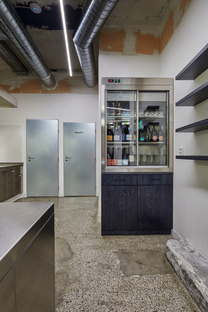 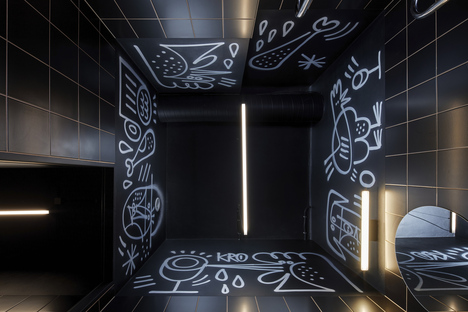