We continue our chat with Jacob van Rijs, co-founder of renowned Dutch architecture firm MVRDV (Winy Maas, Jacob van Rijs, Nathalie de Vries). We started in Italy, and now we're moving to India where since 2010 Jacob has been overseeing the Future Towers project in Pune.

Future Towers is the name of a massive multifunctional project by MVRDV in Pune, in the state of Maharashtra. According to Jacob van Rijs, who is supervising the project, India is the new China as it was 20 years ago, with a huge desire to renew. A renewal externalised with innovative architecture, like the one proposed by MVRDV for this 370,000 m2 mixed-use complex in the new city of Amanora.
For a better understanding of the project of Future Towers, Jacob explains the concept of the Indian “townships”: “In India the townships are new towns created by private developers by order of the Indian government. Unlike European countries, investors here have to take on all the costs of these projects, from the urban planning to actually constructing the buildings.”

Future Towers in Pune, in the state of Maharashtra, 150 km west of the state capital of Mumbai is a “vertical city”, a multipurpose complex that combines apartments of different sizes and make with retail and public spaces - a city in the new township.
Still, it doesn't just rise upwards, it actually forms a more articulated landscape made of peaks and valleys, canyons and bays for a volume with lots of space. Luxury units sit between smaller and more modest homes in the “affordable housing” category, all inside the same building. The fil rouge is the indiscriminate mix of these apartments, lightened by shared plazas and green zones. A very interesting approach by a private developer in a country like India, marked by the caste system and therefore by non-sharing. 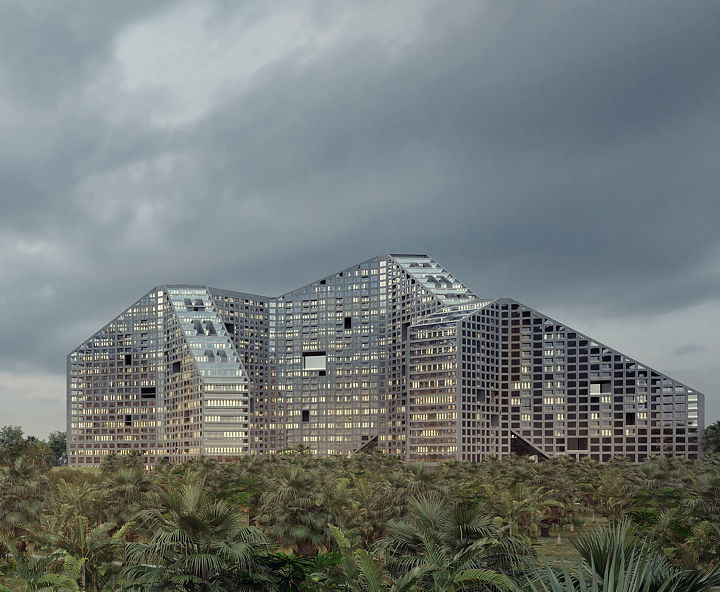 The project incorporates lots of sustainable architectural options, including green areas that create a balanced microclimate and encourage natural ventilation between the different volumes of the complex. The fact that services are offered inside the complex also keeps traffic down.
Jacob van Rijs stresses that this project aims to create a community and the famous “sense of place”. Despite the importance of the social part of the project, it is not “social housing” which in India is different from our concept, and is normally for “dislocated people”, namely people who are officially moved from slums to “tenements” - a whole different category of users. 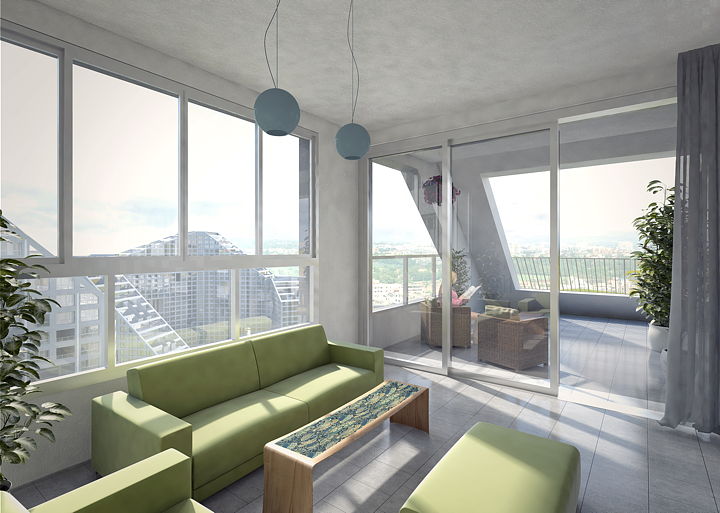 “Future Towers stands as a city on its own, but it's not a gated community”, says Jacob, “rather it's like living in a “bubble”, a bit like the township in the film “The Truman Show”. It's easy to judge, but you always need to consider the needs of the people who will end up living in these buildings.” People with a good income - in India like elsewhere - that allows them to buy their own home, even a small one, in a new, clean and in certain respects protected context will be more than willing to invest their money. 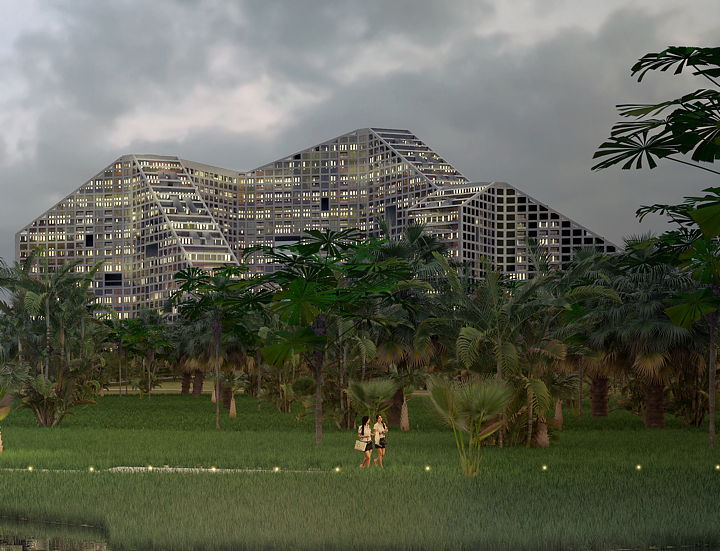 Indeed, in Pune, the Future Towers of MVRDV are very popular, so much so that people are comparing the project to an elephant. An analogy based on its size - it can house 3,000 people, plus services and retail - and its appearance: a real landmark, which further reinforces the image of the large pachiderm resting in the plains. According to Jacob, who has been overseeing the project since 2010 and is very familiar with the context, this is a great compliment, given that in India elephants are loved and admired. 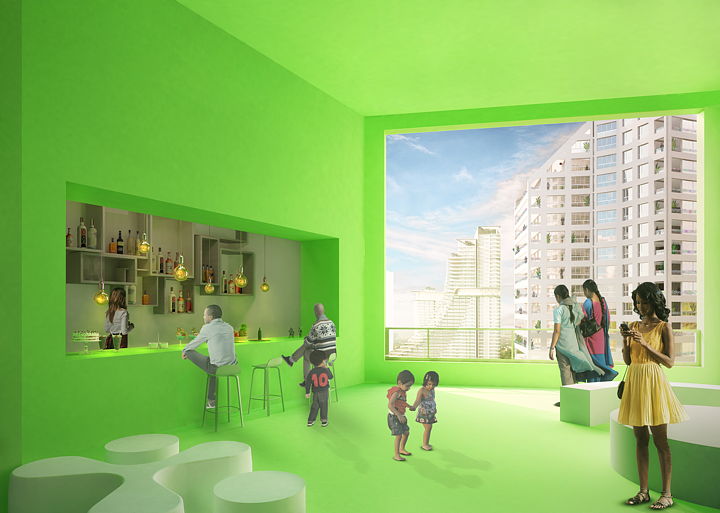 The great curiosity of Jacob van Rijs remains: “You always need to see what the users are actually doing with our project.” Because these are the unknowns of every project designed for a heterogeneous usership. But in general, “the ideas of the designer will not necessarily find the desired interpretation”.
Let's see what happens with Future Towers, which is going up at a fast pace.
In the next and final part, we'll be discussing “creative industries” and communication with Jacob van Rijs.