The Dutch architecture firm MVRDV, in collaboration with the urban planners from StudioPOD, has transformed a first section of what is one of the classic non-urban places, in this specific case Mumbai’s Senapati Bapat Marg flyover. Thanks to the architectural intervention carried out, One Green Mile has created a public space for the entire local community, adding much needed services and greenery. 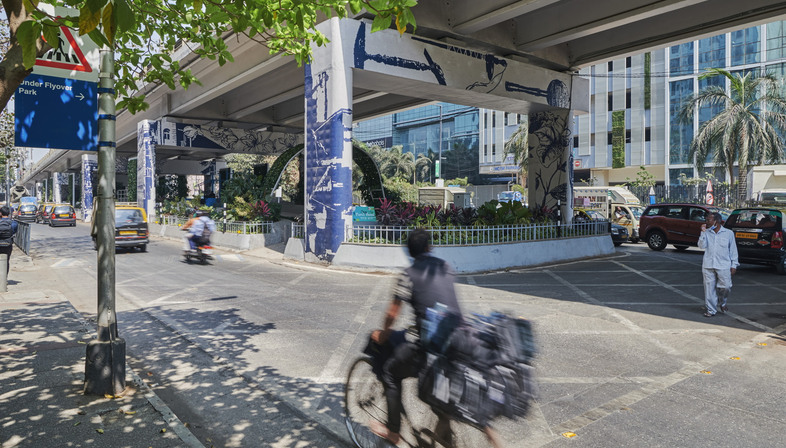 Already a few years ago on Livegreenblog we discussed a flyover and interventions aimed at bringing new life to one of the least used and most neglected spaces in our cities. At the time, we were referring to Kleinpolderplein in Rotterdam, thanks to the work of the Observatorium art collective. Once again Rotterdam comes into play, even if this time the location of the intervention is in India, in Mumbai. The transformation of the first section of the neglected spaces under the Senapati Bapat Marg overpass is the result of a collaboration between the MVRDV studio based in Rotterdam and the urban designers of StudioPOD, based in Mumbai.
Considering the great impact of the Senapati Bapat Marg flyover, one of the many in Mumbai, both in terms of noise pollution and as a barrier between neighbouring areas limiting mobility and connection options, the Nucleus Office Parks developer commissioned StudioPOD’s planners to carry out the urban design and general planning of One Green Mile. This, the name of the project aimed at improving 1,800 metres of streetscape and transportation systems along Senapati Bapat Marg. For the active transformation of a 200-metre-long unused space beneath the flyover structure, known as Parel Baug, StudioPOD invited MVRDV to collaborate on a community space that would address the flyover’s negative impact, while responding to the area’s lack of greenery and physical amenities. A collaboration that draws inspiration from a similar MVRDV research project, Barapullah Springs completed in 2020, also under an overpass in Mumbai, where Dutch architects proposed a sustainable transformation of these urban non-places for the benefit of the local community.
In the case of One Green Mile, working in tandem with StudioPOD, MVRDV built on the initial ideas conceived by the local planners of a project that includes sinuous blue stripes " to create a cohesive visual identity used across all elements of the space", as we read in their press release. Creating a hilly paved landscape transforms the 2-dimensional visual features into a 3D spatial experience, accommodating a whole range of different programmes and providing a dynamic physical attraction.
The bright colours of the materials and graphics underline the unity of the new urban space despite its subdivision into a series of public "rooms" with diverse functions: lounge, gym, shaded seating area, performance space and reading room. Greenery plays a prominent role in the design, not only as decorative element such as screens, but also performing precise practical functions: promoting biodiversity, cooling the surrounding spaces and reducing noise pollution in a busy place.
One Green Mile certainly affects only a small portion of the Mumbai metropolis, but the effects are immediate, with better connections for pedestrians and cyclists in an area that has become more comfortable, safer and more accessible, not least with the new crossings. Adopting an approach based on circular economy principles, by using the space under the flyover the project increases its value thanks to the new social functions. In addition, it can be easily replicated for the benefit of our cities, where such interventions will be needed for some time to deal with these cumbersome infrastructures. The project will continue with the transformation of the entire 11.22 kilometre stretch of the urban highway of which the Senapati Bapat Marg flyover is part. 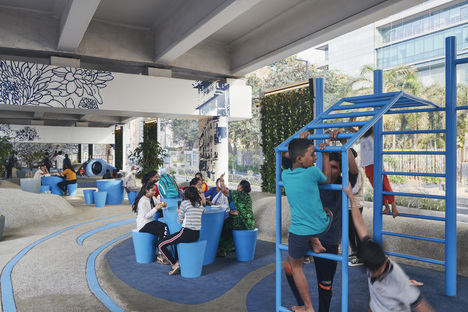 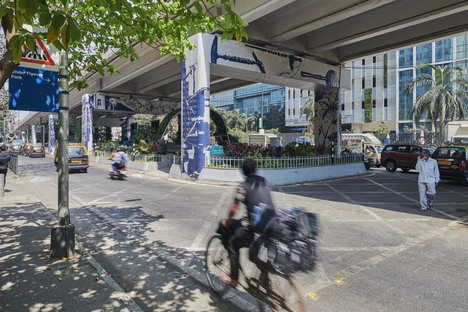 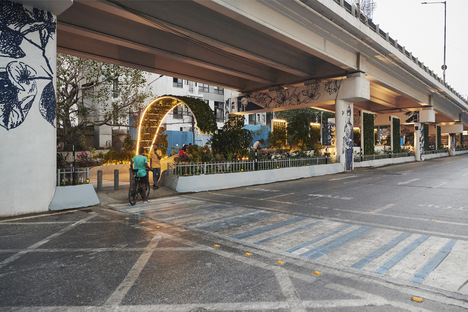 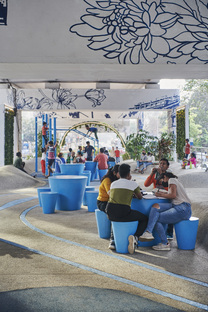 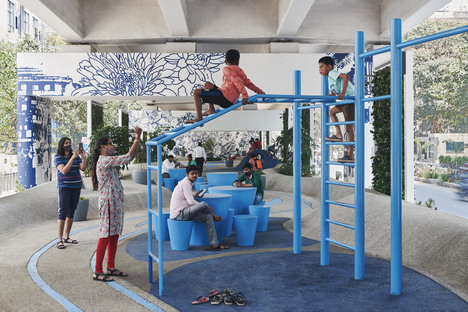 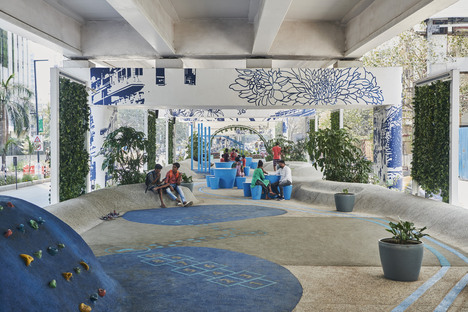 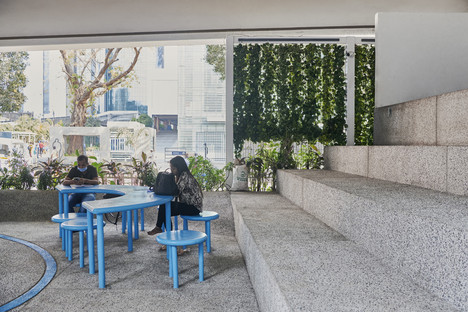 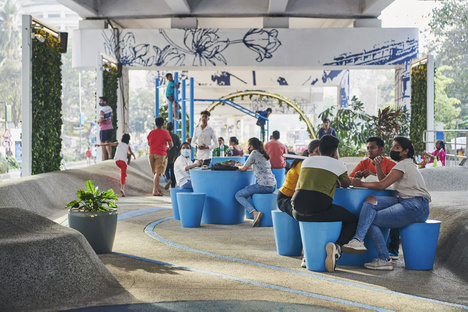 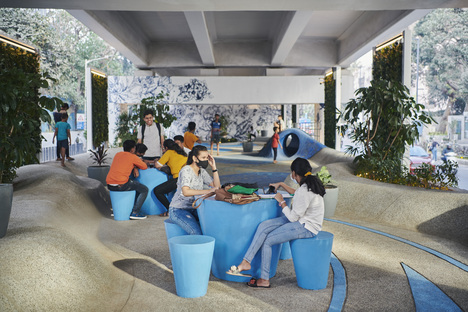 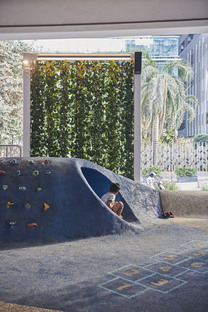 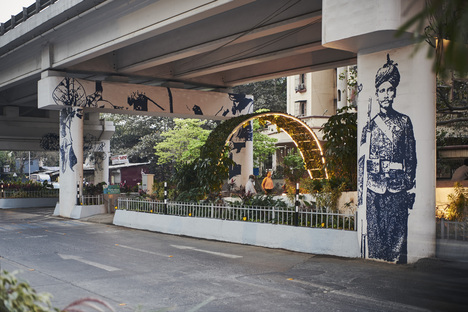 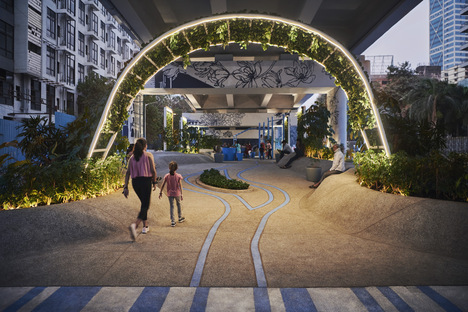