Located in Shanghai's affluent Xintiandi district, the new GRNDCNTRL nightclub designed by the PIG DESIGN studio, led by architect Li Wenqiang, stands out from other Shanghai nightlife spots. Inspired by the metaphorical concept of a "theatre", the design elevates the hip-pop nightclub to the next level of evening entertainment. 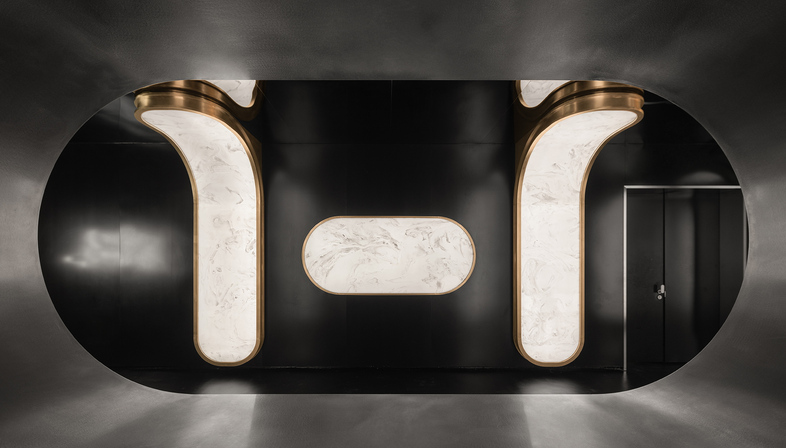 Shanghai's affluent Xintiandi district is the result of a large-scale redevelopment project that provides for a new offer of residential, office, shopping, entertainment and cultural properties in the heart of the city. This urban development aims to integrate Shikumen architecture, namely two or three-story structures that resemble western terraced houses, characterised by tall brick walls enclosing a narrow front courtyard.
In the southern part of Xintiandi, called Nan Li, the PIG DESIGN studio led by architect Li Wenqiang, together with other Chinese and international designers, recently collaborated on co-creating the GRNDCNTRL nightclub. A new nightclub concept, which blends the functions of a contemporary yet retro space for evening entertainment, all in harmony with the trendy context in which it is located.
Right from the entrance, the design by Li Wenqiang with PIG Studio welcomes guests with an avant-garde, experimental and engaging spirit, offering an evocative ambiance that carries users into a surreal world full of mysterious light and shadows. All this, however, distinguishing itself – as the architect explains – from most of Shanghai's typical nightclubs, dominated by the homogeneous "underground" style. Indeed, the desire is to position GRNDCNTRL as a "Shanghai nightlife cultural centre", using the metaphorical concept of a theatre.
The integration of the theatre concept makes for a much more complex visual game. The bar counter is set back to give space to the "stage", so as to highlight the people and the music. The washrooms, on the other hand, display a retro aesthetic that stands out from the usual trend, serving as the "back stage" where guest of the nightclub can rest.
Inside the 9-metre-high main space, we find a balanced and harmonious design language. The spatial narratives and the functional layout are centred around the lift-style DJ stage, providing an unexpected experience and panoramic views of the overall space. Stone materials, mirror finishes, paint, stainless steel and leather are carefully combined to create what becomes each guest's personal stage.
The nighclub's big hall is characterised by a hip-pop music style, with a strong emphasis on art and technology, thus offering a bold avant-garde and futuristic space experience. In contrast, the small hall is dominated by the house & techno music style, full of immersive lights and shadows that create a distinctive film-like retro vibe. Both mirrored spatial scenes take into account the needs of different user groups.
The GRNDCNTRL nightclub stands out from other similar venues in Shanghai thanks to an elaborate artistic design, supported by an advanced sound system and intricate lighting effects that elevate the venue in its function, as can be clearly seen in the video created by the architects:

As Li Wenqiang explains in a press release: "The nightclub acts as a cultural carrier as ancient theatres, accommodating spirits and emotions and shaping people's characters. Based on the background of the times and the city, GRNDCNTRL creates a black-toned, dramatic "improvisational scene" to take modern people to an enjoyable, thrilling journey." 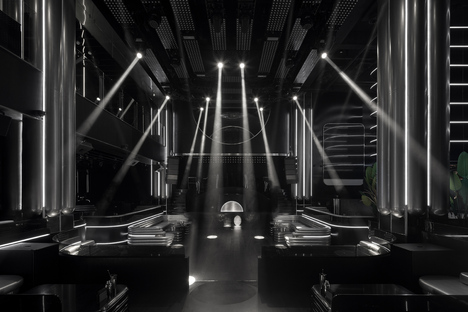 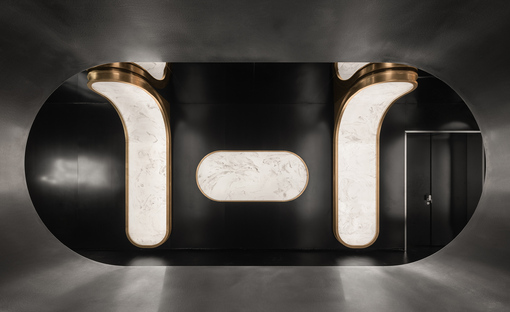 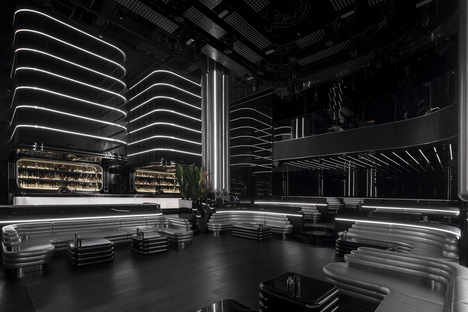 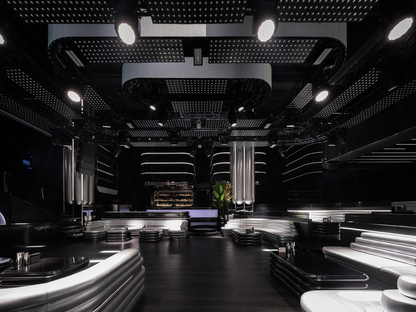 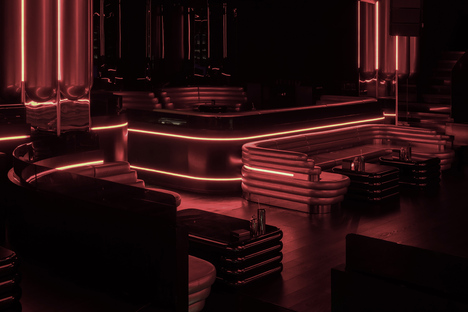 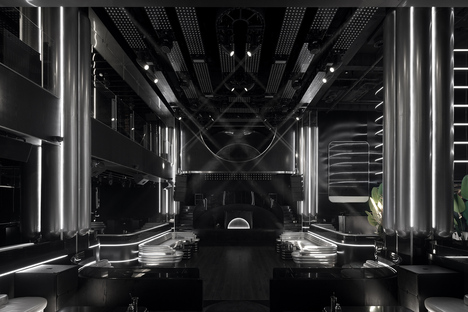 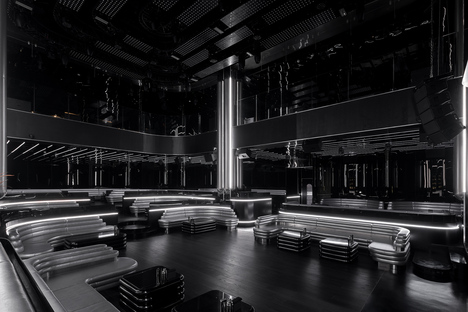 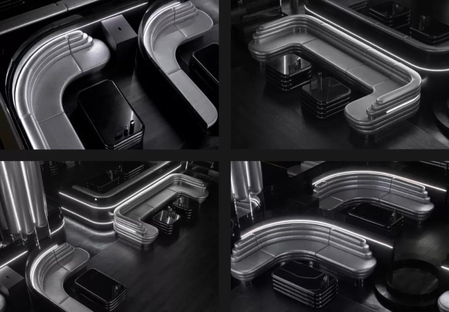 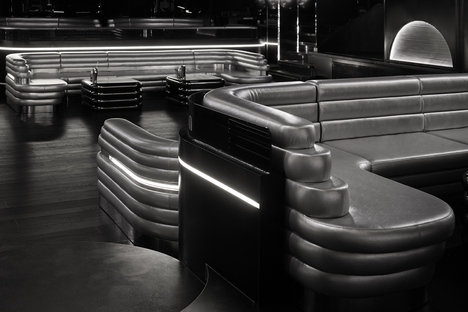 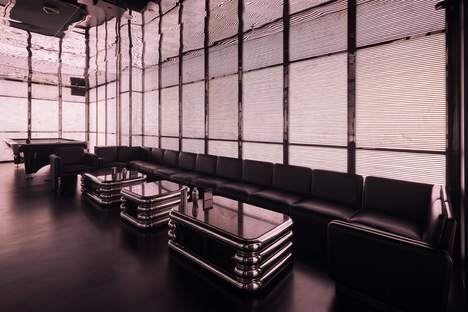 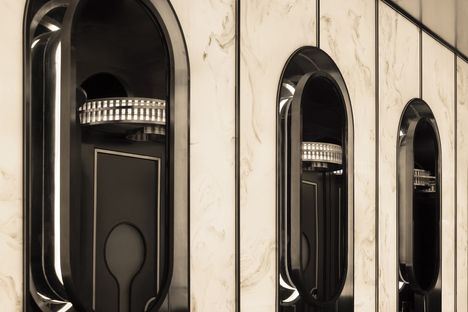 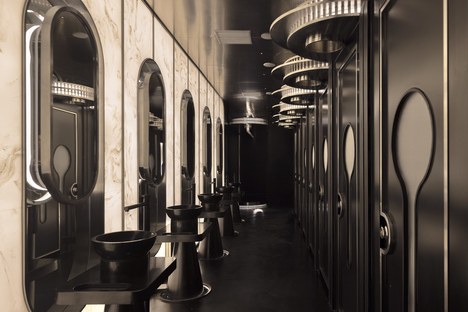 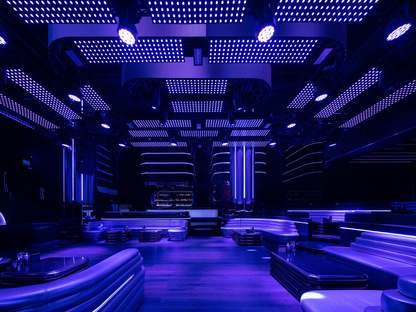 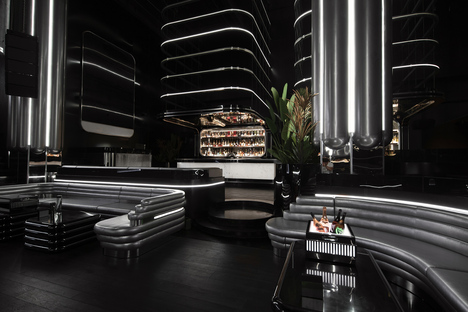