The Berlin-based Gonzalez Haase AAS architecture firm has designed the second location of Aera, a bakery specialising in gluten-free products that also includes a café area. All in an intense lapis lazuli blue, overlooking the central Rosenthaler Platz square in Berlin. 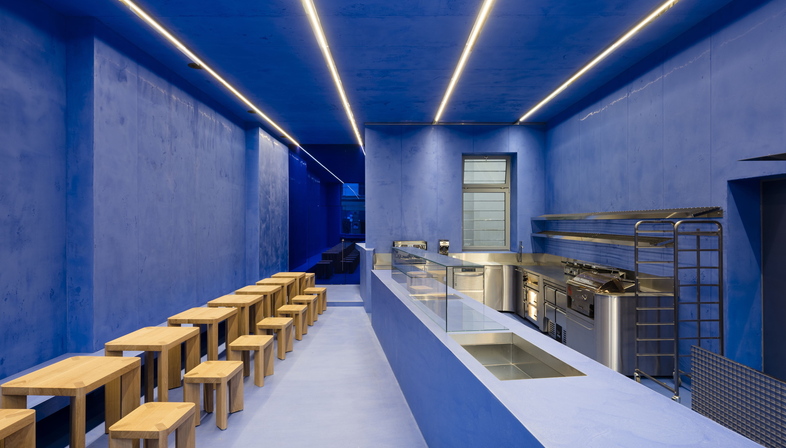 Those familiar with Berlin know that the Rosenthaler Platz in Berlin-Mitte is a very central place and, having a shop overlooking this square means enjoying a rather privileged location. And if the location in question boasts a fascinating colour palette, as in the case of the latest intervention completed by the Gonzalez Haase AAS architecture firm, then it’s game over.
The project concerns the second location of Aera, a producer of gluten-free bread, with an adjoining café, inserted within a pre-existing space of just 70 square metres and with a 3.80 metre tall ceiling. To set up the new shop, the space was completely gutted and all the surfaces, including the floor as well as the walls and ceiling, were redone in concrete and painted in a striking lapis lazuli blue. A colour inspired – as the architects explain – by Dutch painter Johannes Vermeer, whose 17th century works are famous for the use of natural ultramarine. And it is precisely this powerful colour that makes the Aera bakery a place of great visual appeal, inviting passersby to step into the shop, even just to take a peek.
In the interior design, Gonzalez Haase AAS created the furnishings in solid oak, contrasted with shelves for bakery products in electropolished stainless steel. A 13 metres long central counter runs diagonally from the entrance to the end of the shop, divided into a sales area and a café area. A design solution that becomes a spatial point of reference for visitors. Moreover, the environment is characterised by an unusual material composition, with its proportions and its visual merging with the surrounding space. Elements attributable to the fact that the intensity of the blue colour and the surface effect of the concrete change as the incidence of natural light varies, passing from light blue to dark blue, from glossy to opaque. The shop thus becomes a metaphorical spatial sculpture and the visitor, part of its staging.
Judith Haase co-founder of the Gonzalez Haase architecture firm, which she opened in 1999 together with Pierre Jorge Gonzalez, explains the reasons for these design choices. But to understand them better, it’s important to know that the studio, specialising in architecture, scenography and lighting, started to work in collaboration with Richard Gluckman and Robert Wilson for the Watermill Centre in New York. It thus becomes evident how, from the very beginning, the studio has placed a strong focus on the interaction between light and architecture in its designs, creating projects that often involved collaborations with contemporary artists, curators and collectors. In fact, in a press note Judith Haase explains: "The powerful, uniform colour scheme works as the background of a painting, allowing the true subject to really come into its own. Coupled with the LED lighting strips mounted right onto the ceiling and the natural light that filters in through the window front, we created a vibrant, light-filled space that brings the fine bread and baked goods into focus. Their warm-gold colour appears as a complementary, punctuated element in a space that clearly stands out."
The Aera bakery has thus become a further point of attraction on the already lively Rosenthaler Platz in Berlin-Mitte, offering customers a surprising yet harmonious space. And it did so by putting into practice the unusual partnership between material and colour, a striking combination that makes a visit to the Aera bakery a full sensory experience. 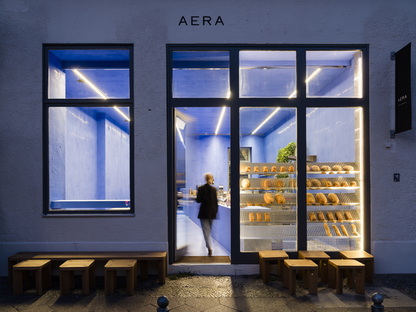 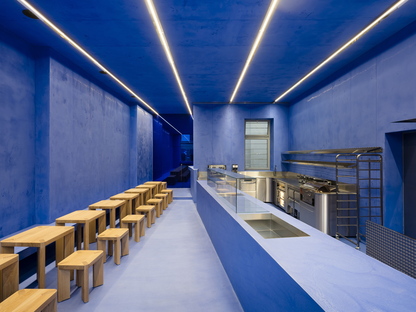 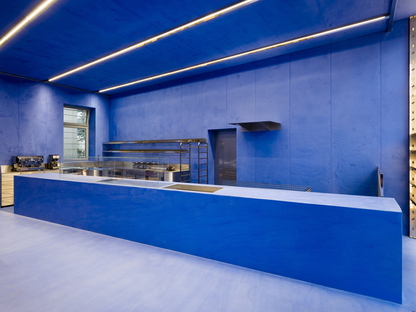 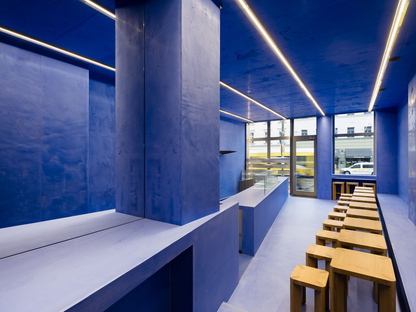 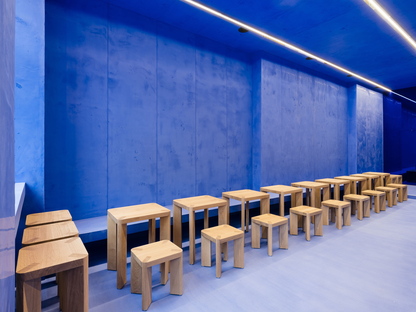 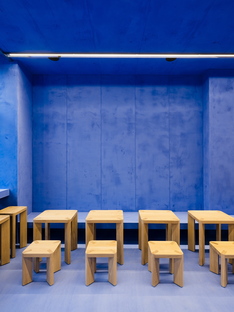 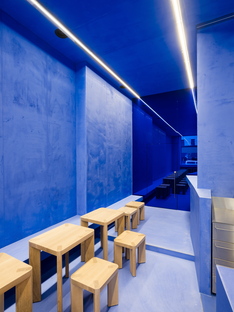 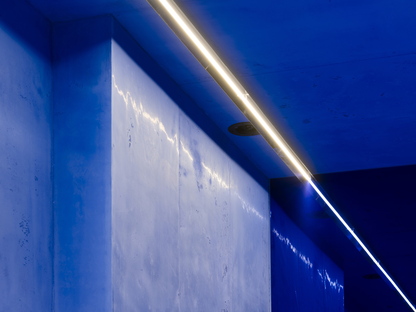 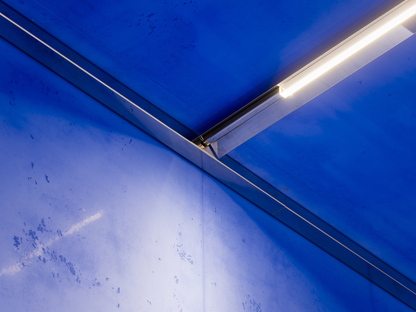 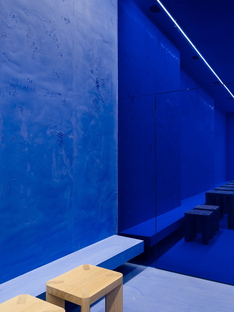 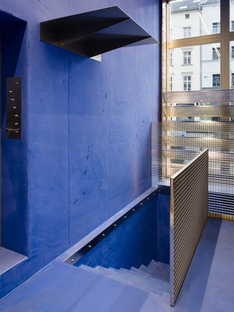 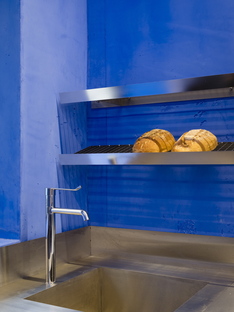 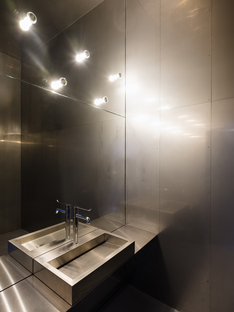 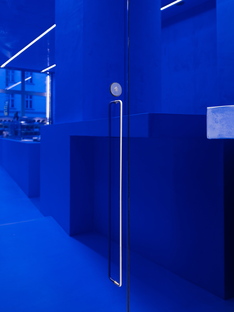