Since 2019 a team of Dutch architects from architecture and urban planning studio KCAP and landscape architects from Felixx have been working on the east coast of Shenzhen, China. The East Dike project is a multifaceted dike system allowing an integrated approach to climate-adaptive reorganisation of the shoreline. 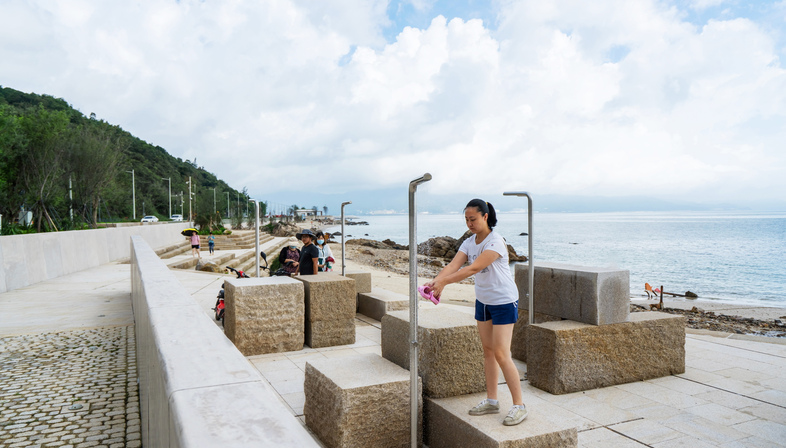 Rising sea levels and unstable weather patterns caused by the changing climate are inspiring new projects for improving the protection and resilience of particularly exposed places.
Typhoon Mangkhut caused damage varying in severity all along the coastline of the green Dapeng Peninsula in the bay between Hong Kong and Shenzhen in 2018. The following year, the team of KCAP+Felixx was appointed to come up with a plan for reorganising the coastline on the basis of higher standards of protection.
The project combines water safety strategies with ecological shoreline restoration, seawall construction, and landscape and public space remodelling, coordinated in three local districts: Kuichong, Dapeng and Nanao, as well as two river basins and nine coastal tourism zones. The project echoes the blueway projects and other coastline development projects in Shenzhen.
Along the 18 km shoreline, the team of KCAP+Felixx developed a "triple dike strategy“ involving implementation of six strategic projects to be completed within the year 2022. The new strategy rejects the idea of the typical protective seawall that is commonly built all along the coast, often by the local people themselves, in favour of creation of three development zones, thoughtfully located on the basis of existing conditions and ability to respond to the specific future needs of each single area. The new engineering project is intended to last 200 years in most places to ensure safety and protect the livelihood and economy of the local community.
The division into three zones begins with the first "outer" dike zone, increasing resiliency through wave attenuation, erosion reduction and enhancement of sedimentation. The second "middle" dike is an elevated embankment to offer protection from the impact of storm surge and water pushed up by the waves. It is conceived not as a big wall but as a multifunctional zone: an exciting hilly park, an elevated waterfront with urban promenades, a tidal park or even a public building.
The third "inner" dike, on the other hand, manages rainwater, on the basis of the principle of the “sponge city”. Runoff from adjacent villages and mountains is buffered, delayed and temporarily stored in rain-parks, raingardens, wet forests and wetlands.
The work began with construction of „demonstration zones“, and within a few months it had already improved the quality of public places and services with development for tourism, bringing the village of Yangmeikeng about 30% more visitors and a 20% increase in profits for local enterprises. The project protects the community while offering a true engine driving regeneration in the village, ensuring its resilience in times of climate change.
All on the basis of the principle of "Low Impact Design & Development“, maintaining the hydrological features of the site unchanged before and after the project. Local resources (such as sand and rock) are (re)recycled and filled on-site to strengthen the shoreline against erosion and the future challenges of climate change.
The East Dike project emphasises the synergies between local culture and geographical environment, revealing the beauty and diversity of the coastline in order to safeguard the coastal environment and people’s livelihoods. 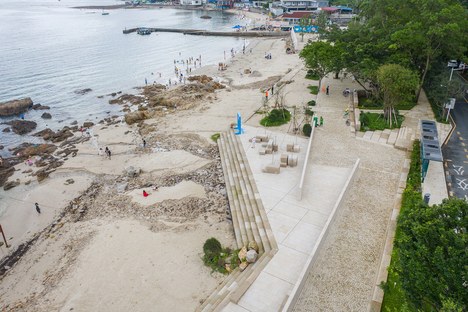 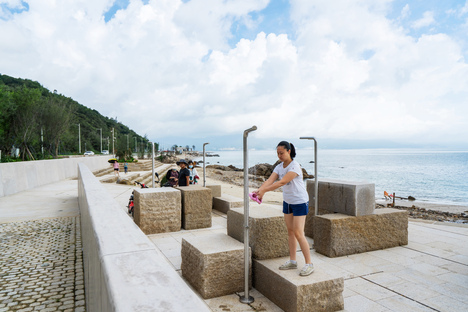 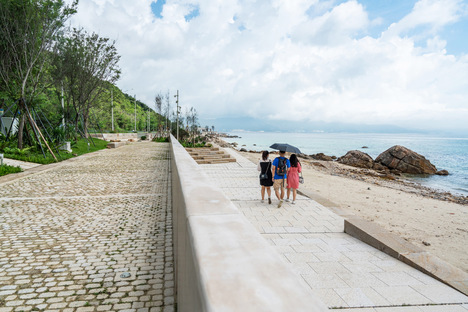 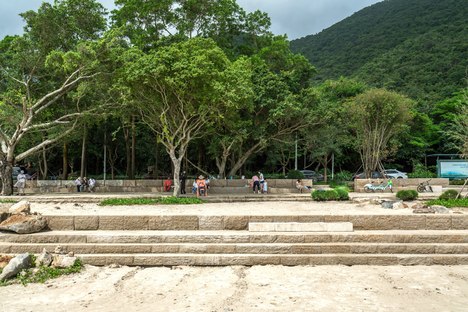 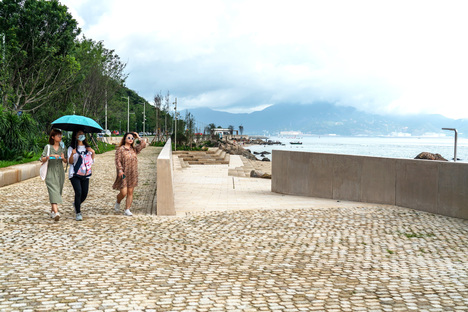 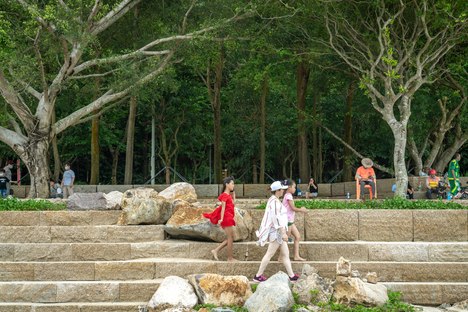 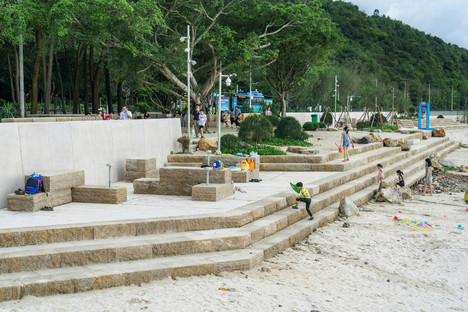 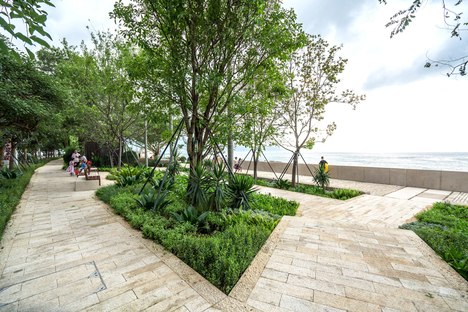 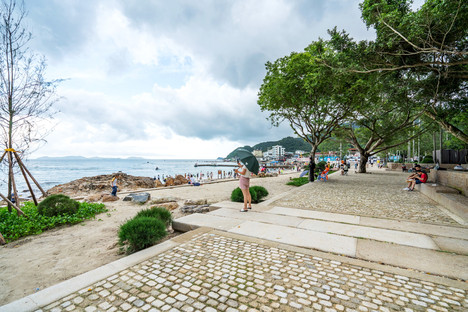 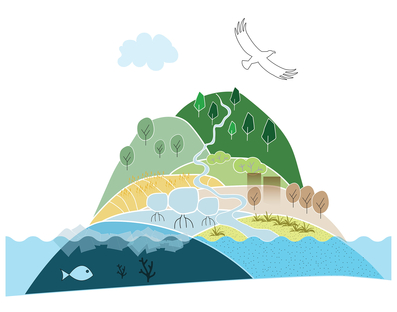 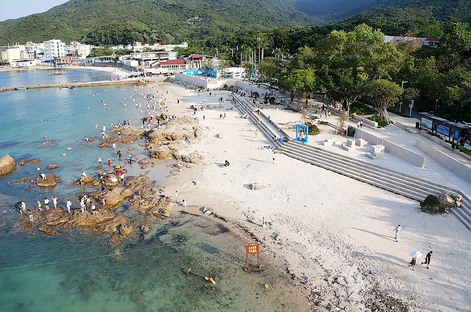