Antiquity inspired the Spanish firm, Fran Silvestre Arquitectos in their latest project in Madrid. The plan of Compluvium House is what defines it: an open, central courtyard encircled by all the rooms. 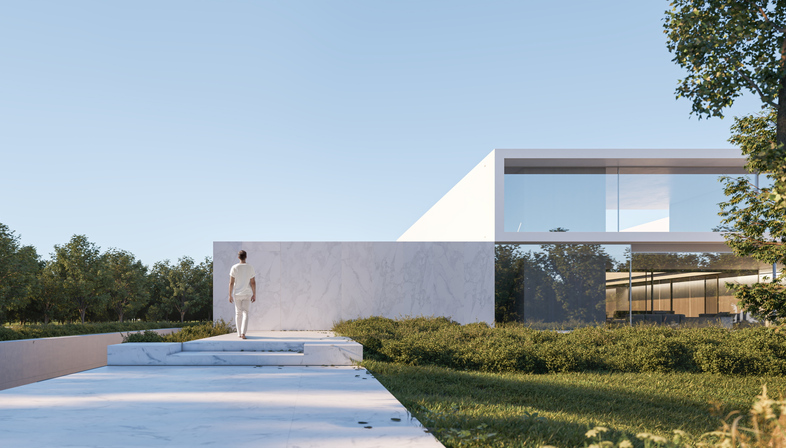 Compluvium House is the name of the new project that the Spanish firm, Fran Silvestre Arquitectos completed in Madrid a few weeks ago. They drew on the Roman compluvium (Latin, compluere = to flow together + pluvia = rain) for their inspiration. This is a large, rectangular inward-sloping roof opening usually located in the atrium - an open central court of the domus, the stately home favoured by the wealthier classes of Etruscans and Romans. The atrium was the centrepiece of the house and usually had no external walls, so it was devoid of standard windows. Sunlight flooded into the atrium through the compluvium, and reflected into the surrounding rooms. The opening brought fresh air into the domus and was also designed to channel rainwater into the small basin below called the impluvium.
Fran Silvestre Arquitectos based their project on the same kind of plan and function, with the rooms of the house encircling an open, central court - the atrium - in a layout that is reminiscent of the Tuscan atrium without columns described by Vitruvius. The architects positioned all the shared and private rooms around this atrium.
The architects’ used this ancient element for the new building in a residential area in Madrid for much the same reasons as the builders of ancient Roman domus since this shape ensures the privacy of the occupants and at the same time gives the interiors a pleasant microclimate. Indeed, all the rooms open onto this open-air inner court and are all visually connected, so they provide views of the whole plot of land. With this mechanism, the architects have strived to blend into the house the two fundamental aspects of their work, in other words, to have open interiors and a broad spatial perception, despite the home’s actual boundaries. Hence, the occupants can witness the movement of light and shadows as the sun makes its way across the courtyard. The atrium flows into the mirror of water, a swimming pool that also doubles as a design feature that mitigates the hot, dry climate of Madrid and helps to cool down the home naturally.
The interiors of Compluvium House feature what we might call the signature style of Fran Silvestre Arquitectos: the home consists of a series of bright, almost staged rooms with essential lines. The flowing spaces stand out for their expanses of white surfaces, the perfect, practically neutral backdrop for daily life. The house is sheltered from the prying eyes of neighbours, but the compluvium always keeps it visually connected with the outdoors.
Compluvium House by Fran Silvestre Arquitectos shows how we can look back to the distant past and combine it with a contemporary formal language. This way, they create living environments that take advantage of construction principles invented thousands of years ago also to improve the project’s environmental performance. 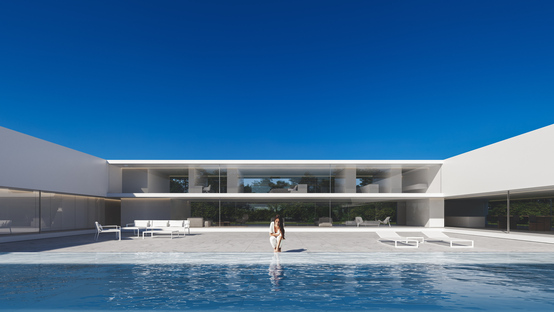 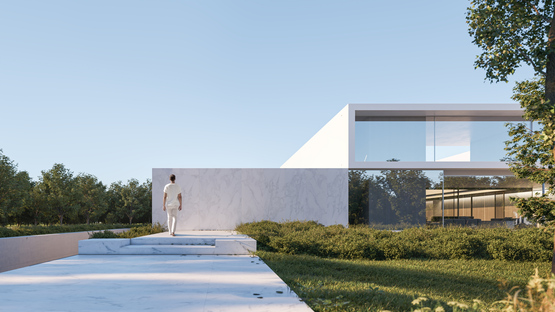 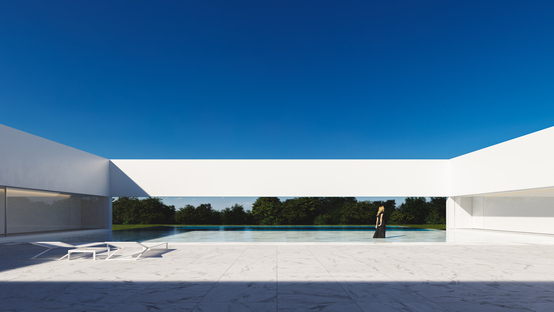 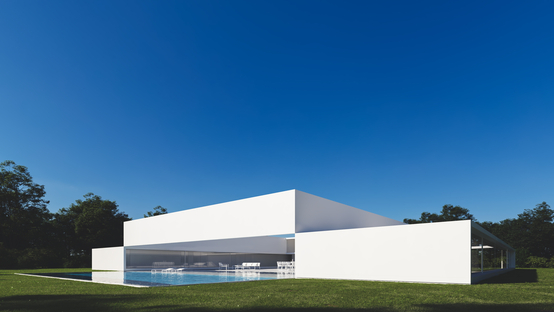 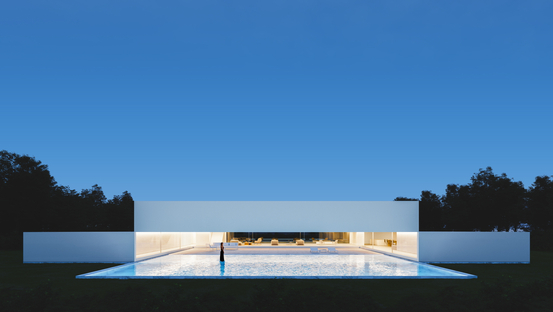 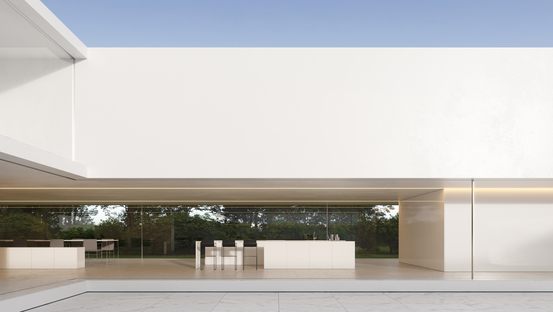 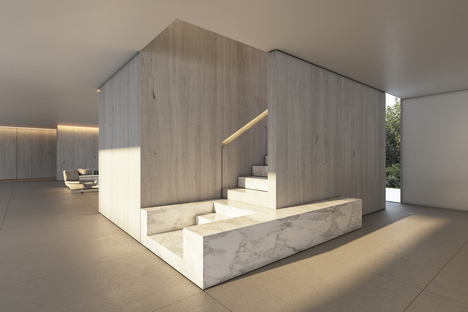 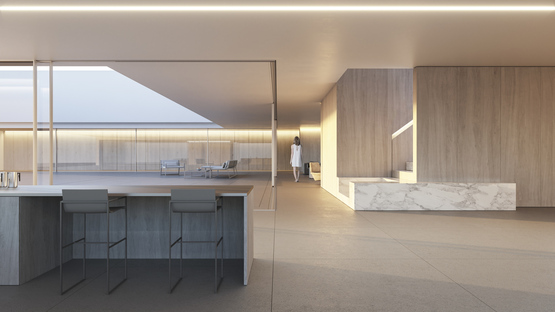 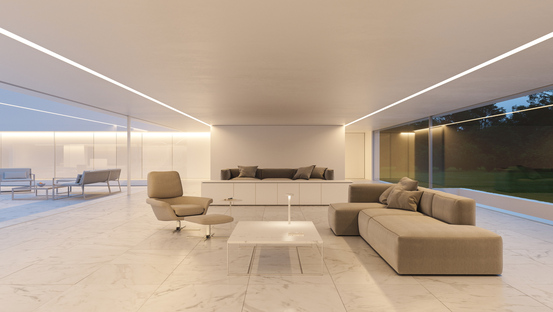 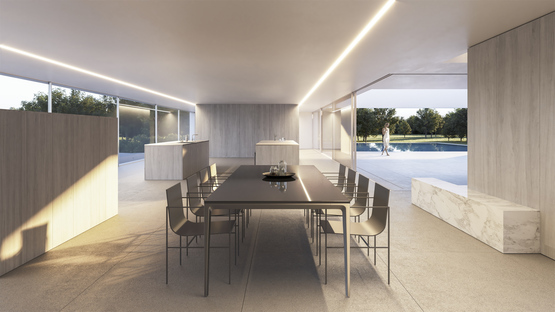 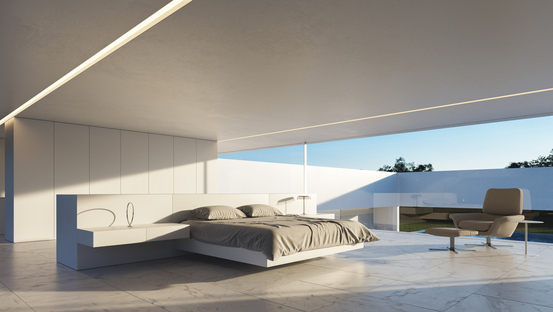