With the Luminescence apartment complex, the team from French firm NBJ Architectes have designed architecture for a contemporary lifestyle, whose luminous, iconic presence adds something special to the urban context of Montpellier. 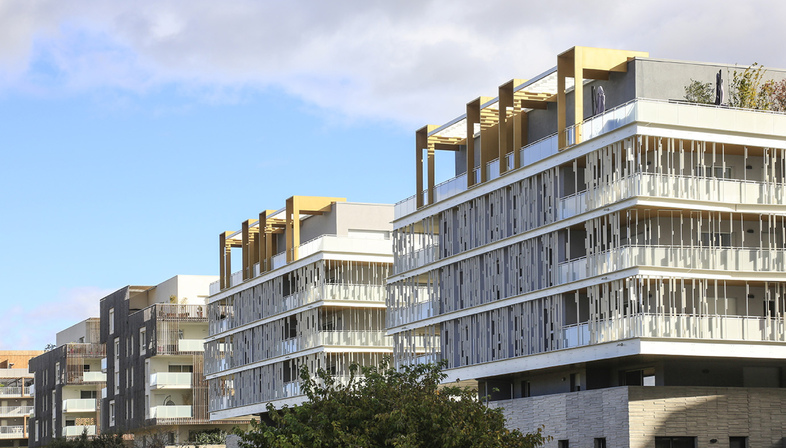 With the Luminescence apartment complex, the team from French firm NBJ Architectes have designed architecture for a contemporary lifestyle, whose luminous, iconic presence adds something special to the urban context of Montpellier.


Luminescence by NBJ Architectes is an apartment complex with three buildings, two of which are twins, on the fringes of the Georges Charpak park, a green garden in the city of Montpellier, France. Originally known as Parc Marianne, this park was designed in the 2000s by landscape architects Desvignes and Dalnoky. The park is the green heart of the Port Marianne district, which was also their work. This 7-hectare area includes pedestrian paths, recreational facilities and playgrounds, as well as a stormwater basin designed to regulate the floods of the Lironde river in the north and the Lez river in the south.
A new joint urban development zone (ZAC) stands on the edges of the park and includes the three buildings designed by Elodie Nourrigat and Jacques Brion, founders of NBJ Architectes. The Luminescence complex includes 61 apartments and a commercial business on the ground floor of the building closest to Avenue Raymond Dugrand.
The architects opted to take advantage of its exceptional position and based their project on the intrinsic value of the territory where it feels good to live and where the inhabitants can enjoy the quality of an environment on a human scale. Not just because the complex is so close to the park but, in general, thanks to the excellent climate of Montpellier where the sun shines for more than 300 days of the year. The architects considered it important to make the most of these weather conditions that are perfect for outdoor living.
So the team from NBJ Architectes decided to develop the building as a compact block and expand each living unit - which range from bedsitters to large apartments with 5 rooms as well as lofts - outdoors with large patios. These patios extend towards the landscape and are vertically joined together with spectacular sunshades that filter the light and give the interiors fantastic plays of light and shade, as well as making the facade itself really dynamic and light.
Luminescence therefore immediately catches the eye of passers-by and presents itself as a true enrichment of the urban environment around it. Faithful to their mission of enhancing the territory, in which NBJ Architectes have invested their interest since 2006 when they set up and organised the first Festival Architecture Vives (link), where they invite young architects to take action in the courtyards of manor homes in Montpellier and in La Grande Motte. The goal of their architecture is to provide a response that harmonises with the surroundings and that boosts the quality of life of the occupants, making it intrinsically sustainable. 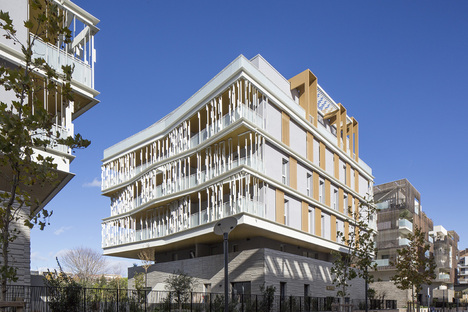 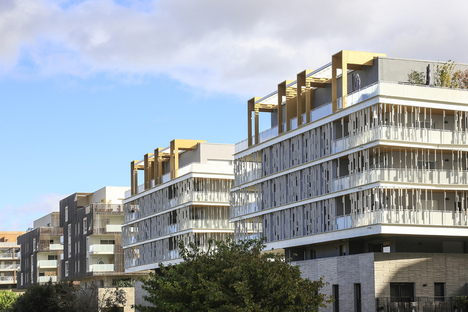 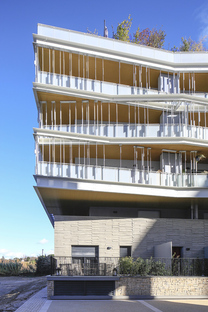 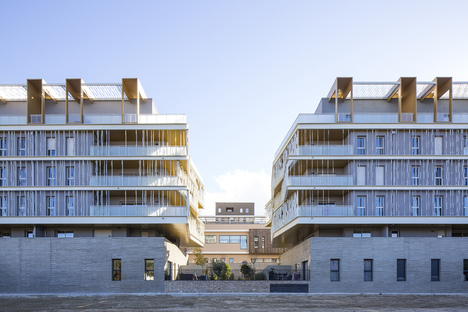 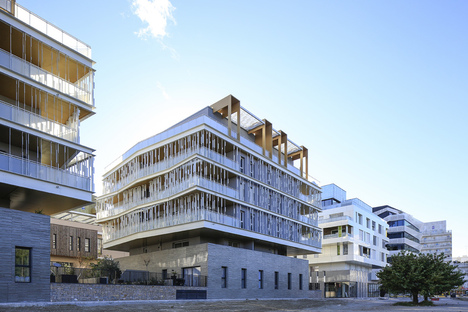