The Rotterdam-based Dutch art collective, Observatorium has created a temporary wooden architectural sculpture called Wandelgang/Colonnade in Chemnitz, Germany. Their work is part of the Gegenwarten/Presences festival celebrating art in the public urban space and launching a message of renewal. 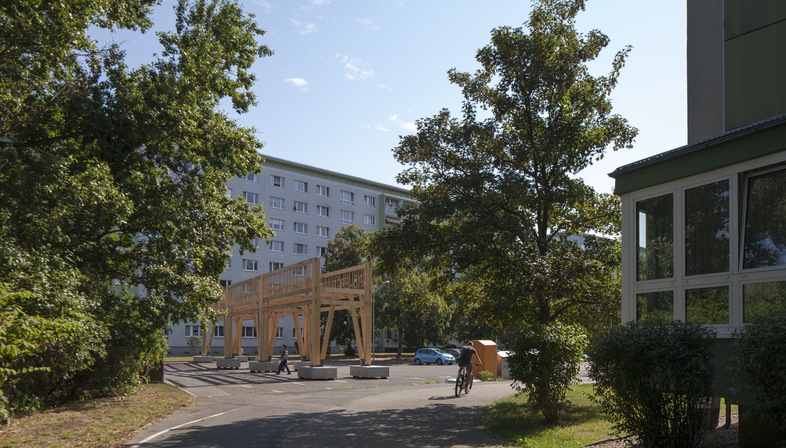 Chemnitz, the Karl-Marx-Stadt of the German Democratic Republic, the former GDR, has a turbulent history. Once one of the wealthiest German industrial cities of the 19th century and early 20th century, the model of socialism and the GDR, now its name is associated with social tension and social-political conflict. Abrupt change and upheaval that can be seen in the varied urban fabric.
The idea of the Gegenwarten | Presences exhibition project in the public space of Chemnitz is to showcase the work of 20 artists and collectives whose site-specific artworks and sculptures, installations and performances, address the city’s historical, social, political and urban issues. One of these is Colonnade (Wandelgang in German), a temporary wooden architectural sculpture created by the Rotterdam-based Dutch art collective, Observatorium.
An imposing work of impressive dimensions – 27 x 3 x 6 metres (L x D x H) – that stands almost at the end of Brückenstraße. An avenue laid out on an east-west axis and designed for cars, it’s so broad that it was used as a parade ground in the GDR era. Even now, people gather in front of the Karl Marx Monument, a stylized sculpture of the head of the city’s namesake every time something happens, good or bad as it may be. But then just before crossing the Chemnitz River, Brückenstraße narrows from about 80 metres wide to become a bike path of only 7 metres wide. This imposing avenue, flanked by its stately buildings, is basically a dead end, which will probably never be completed because there’s a park on the other side of the river, and ends up stopping in a non-place.
As is their wont, the artists from Observatorium wanted to spark a process of urban - and social - change with their art. The presence of the wooden portal that is reminiscent of the Brandenburg Gate gives this site a new marker in this limbo in the city, temporarily at least, giving a dignified finish to the boulevard, which is now used only as a parking lot.
The structure is formed of three elements or three portals that give some kind of meaning to this stump. Designed to respond to the scale and style of the street’s building facades with lead inlays of the German artist Johannes Belz’s work called Friedensfahrt, it keeps the initial spatial layout of the space intact. Here, Observatorium has developed a new interpretation of the portico, the arcade, the colonnade (Wandelgang) starting from the crafting of the architectural forms. The avenue comes to a real end, and at the same time draws the attention of people coming towards the river, in this case representing a portal towards nature.
The site’s potential is underscored by the words of the poet Barbara Köhler, which has been inserted into the artwork. They encompass the precarious nature of the times as well as the rich history of Chemnitz, in general, and Brückenstraße, in particular: “Was beginnt am - Ende, was hört - am Anfang auf?”, “What begins at the end, what stops at the beginning?”
Colonnade, the temporary portal by Observatorium as part of the public art exhibition called Gegenwarten | Presences, is an invitation to reflect on the end of a historical-political and urbanistic moment and the beginning of something new, for the boulevard and for the inhabitants. Art, as a driver of social change, plays an integral part in these challenging contexts. 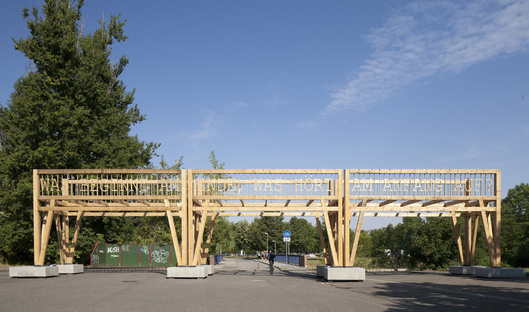 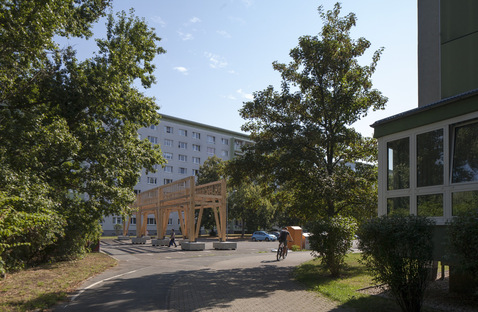 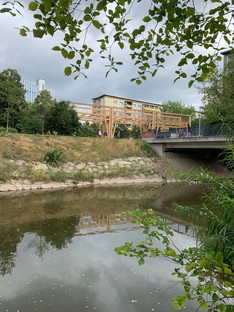 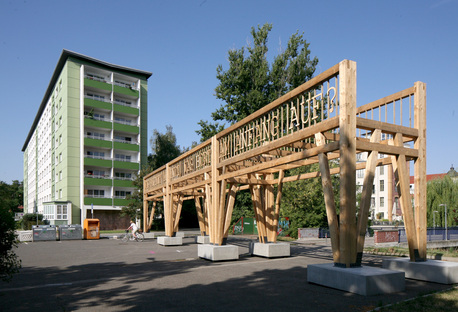 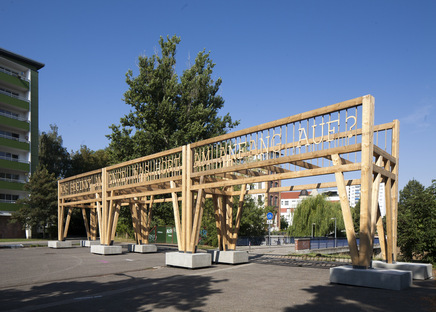 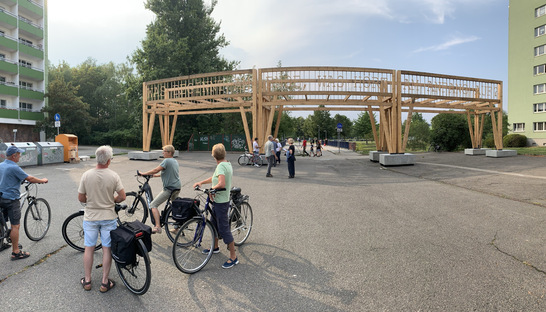 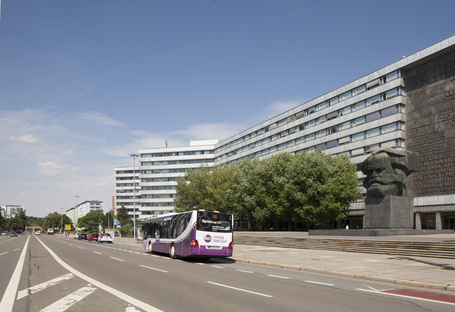 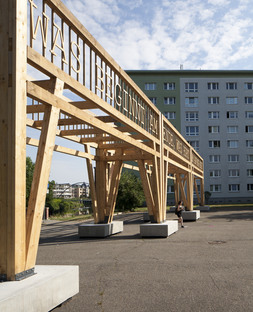 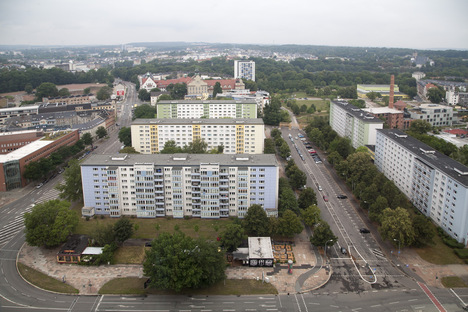 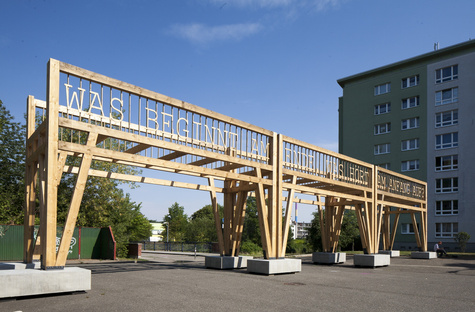