Working together to create the new CollectionCentre Netherlands (CC NL) in Amersfoort, a space containing over 500 thousand items from various Dutch collections, the architects of Cepezed designed the interiors in close collaboration with ABT for stability, Valstar Simonis for installations and Peutz for building physics and sustainability. 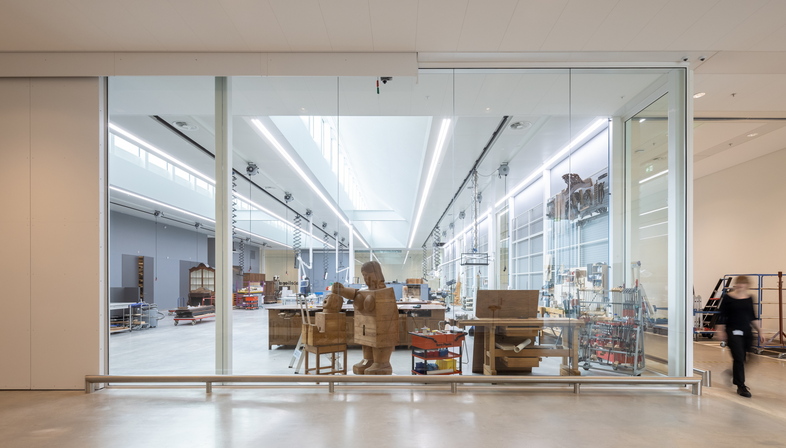 Architects in the Netherlands have been busy lately building new facilities to house the country’s vast artistic and cultural heritage. MVRDV’s Depot at Rotterdam’s Boijmans van Beuningen Museum opened only a few weeks ago, and another important project opened just before that: the CollectionCentre Netherlands, bringing together works of art and other heritage items which are not permanently exhibited in the Rijksmuseum, the Netherlands Open Air Museum, Paleis Het Loo and the Cultural Heritage Agency of the Netherlands.
In total, the CC NL preserves about half a million items of very different kinds, ranging from paintings to sculptures, jewellery, clothing, clocks, furniture and other crafts from the entire spectrum of Dutch history and all classes of society. They include royal thrones and furnishings of noble families, but also merry-go-round horses, historic bicycles, sleighs and a steam engine weighing more than 7,000 kilograms. In short, the collections represent "the physical memory of the Netherlands” and are stored and classified not so much according to the institution to which they belong but according to their nature, type and date, forging connections between different items.
Architecturally speaking, the building consists of three built sections connected by two parallel axes seven metres wide. The 'head' is a transparent volume containing the entrance and the offices. The 'neck' contains the workshops where the items are examined and restored, complete with an X-ray room, a photo studio, a freezer, quarantine and oxygen-free areas, and an area for preparing items for shipping. The "trunk" of the body is a compact, closed volume on four levels containing the storage area, with large bays spanning 8.1 metres to ensure the utmost flexibility in its layout.
Sustainability is a crucial aspect of the project, beginning with the position of the CC NL on the site: the layout of the three built volumes was determined in response to the requirements of the local flora and fauna. A natural body of water has been created to collect rainwater, serving as an infiltration structure for the vegetation around it, which is ecologically useful while protecting against strong rainfall.
The completed building is BREEAM Outstanding 5 Star certified, the highest possible ranking. With a score of 91.62%, CC NL ranks as the 15th most sustainable building in the Netherlands; good insulation and cooling from the ground allow the architects to ensure a constant temperature of 12 to 15 degrees with only minimal need for air conditioning equipment. This not only makes the centre energy efficient, with more than 3,600 m2 of solar panels installed on the roof, but makes a significant contribution to guaranteeing the security of the collections, because the less technical installations there are, the less technical problems can arise.
There is of course a major focus on the well-being of the people who work in the building. The thirty or so employees of the four institutions involved benefit from the building’s clear, well-organised layout, with plenty of space for manoeuvring to support efficient logistics. The laboratories receive plenty of daylight from the patio and the shed roofs to the north, to create a pleasing space in which to concentrate on the preservation of the collections. 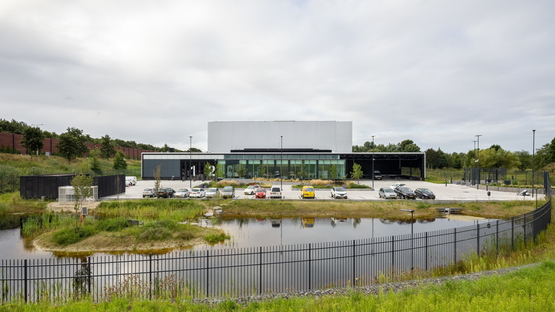 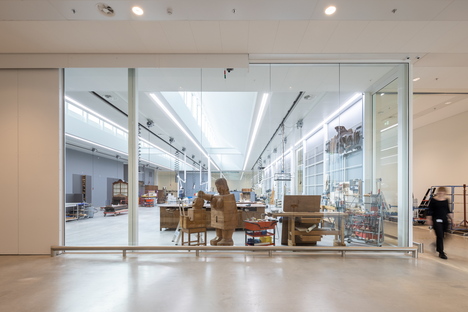 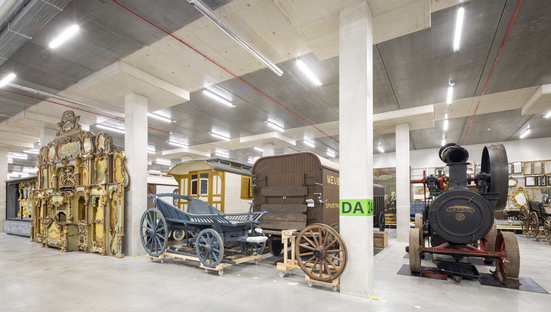 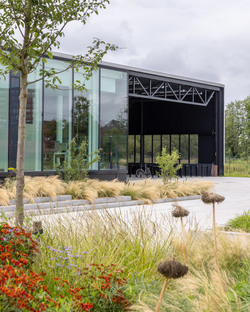 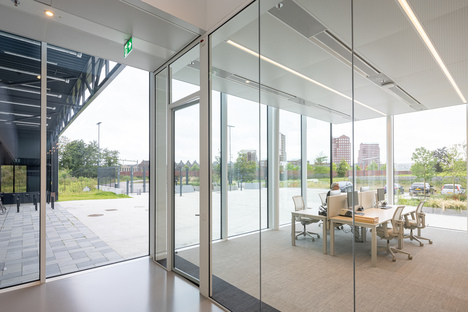 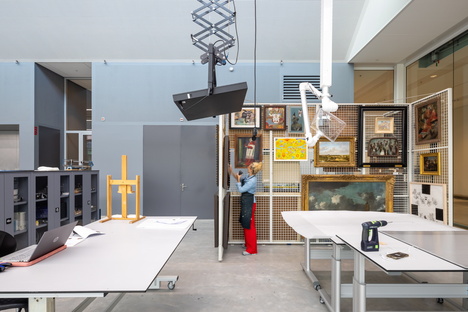 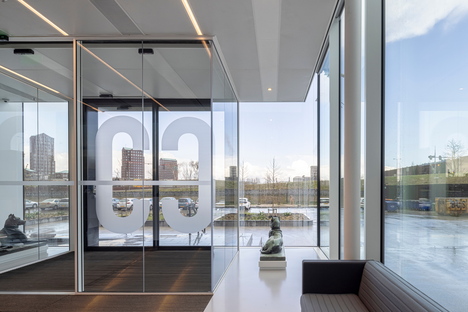 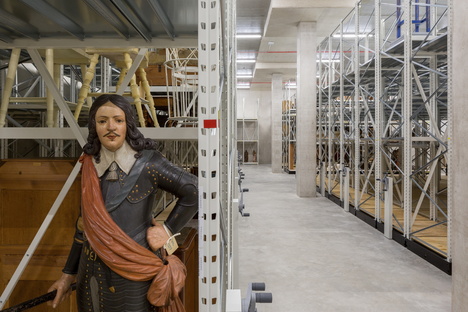 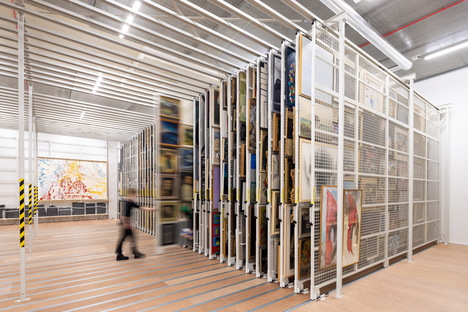 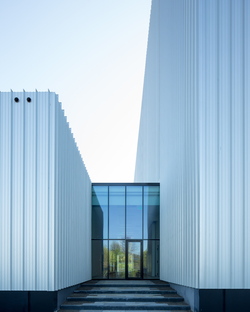 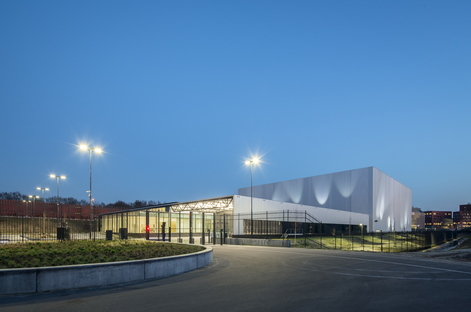 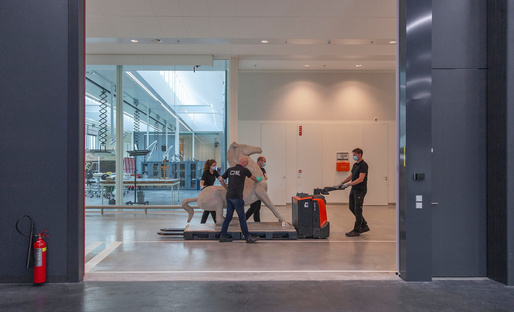