The Portuguese architect Raulino Silva has designed a house in Maia, in the district of Porto, Portugal. A project in a context limited by applicable building regulations that very elegantly accommodates the client’s needs. 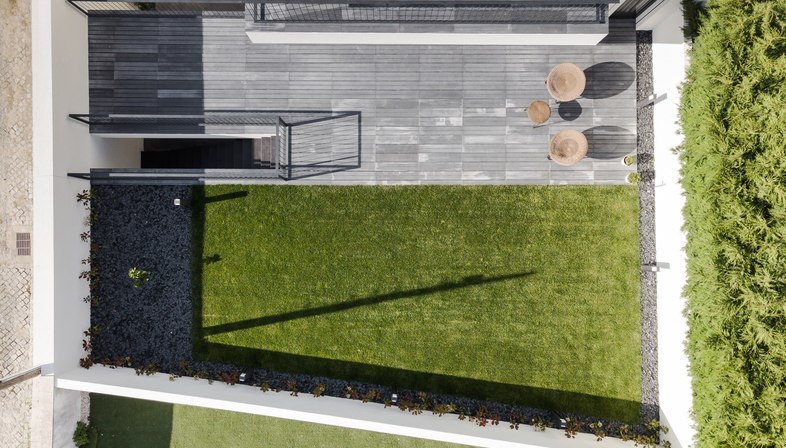 The latest project by the award-winning Portuguese architect, Raulino Silva is located in Maia, a municipality with a population of more than 135,000 in the Porto greater metropolitan area, 11 km north of the city centre. A flourishing city where the client owned a corner block in a residential zone with a prevalence of somewhat nondescript buildings: apartment blocks or 1 or 2-storey single-family homes.
The site layout had a massive influence on the design choices adopted by Raulino Silva. Being just a few metres from the house next door, in order to ensure the privacy of the occupants, the east-facing facade of the building is a solid wall. The remaining three sides connect with the context, the garden first and foremost, which acts as a green escape for the house and is actually an integral part of the layout of the interiors; it also forms a bond with the urban fabric where it very nicely blends in.
The house designed by Raulino Silva has the outward form of a simple parallelepiped with a whitewashed geometric facade covering three storeys, for a total living area of 315 square metres. One of the floors is below street-level and accommodates a garage, effectively removing the need for parking outside. This reduces the occupation of public spaces shared with the rest of the city to a minimum. The basement also houses a services area with storage and a laundry.
The main entrance is from the ground floor on the north facade and leads into the entryway and to the stairs that take you up to the top floor. The kitchen and utility bathroom face onto the street - the part most exposed to noise in the neighbourhood. At the back, Silva installed the office, dining room and living zone. As we touched on above, this communal area opens onto the small garden.
The master bedroom on the top floor has its own dressing room and en-suite bathroom as well as a balcony facing south. The other two bedrooms are on the west side and their shared bathroom is lit by a skylight.
Natural light plays a very important part in the project for Casa Cidade de Maia by Raulino Silva. The expansive interiors are always flooded with light, which in turn accentuates the materials selected by the architect for the indoors: white-painted walls and timber, carefully measured without ever falling into the trap of the rustic or shabby chic aesthetic that is so popular in glossy magazines.
The result is a house that references some of the great examples of Portuguese minimalism, adapted to the needs of modern times. Raulino Silva has quenched the client’s thirst for sunlight and connection with the context, albeit mediated. 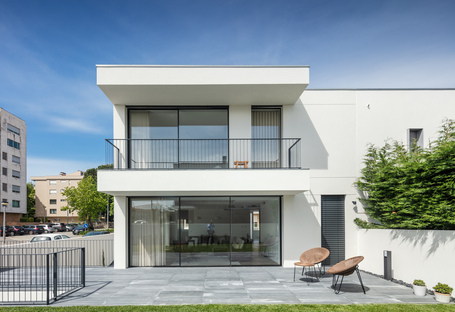 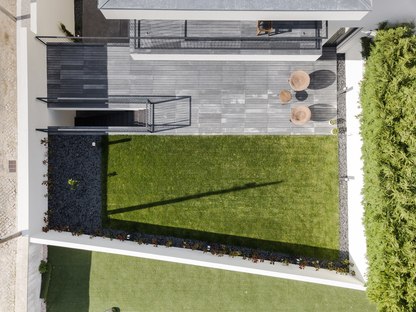 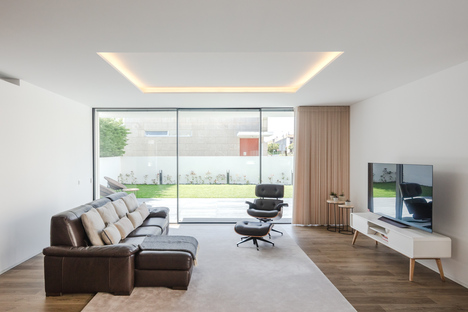 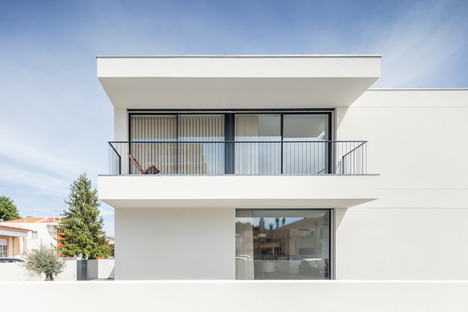 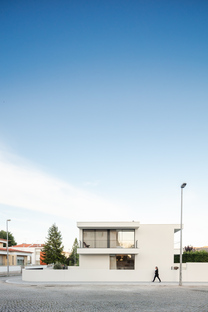 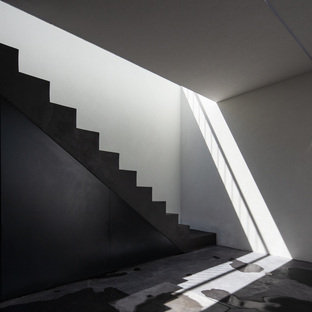 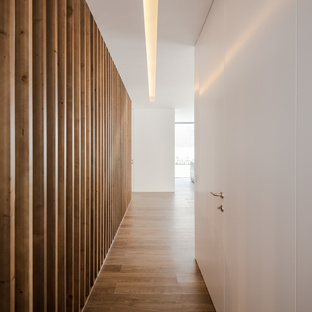 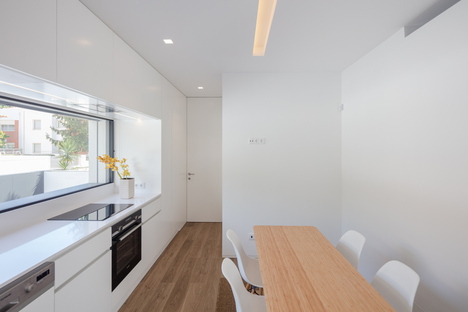 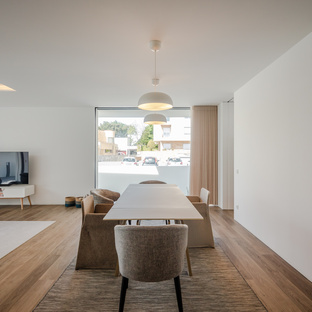 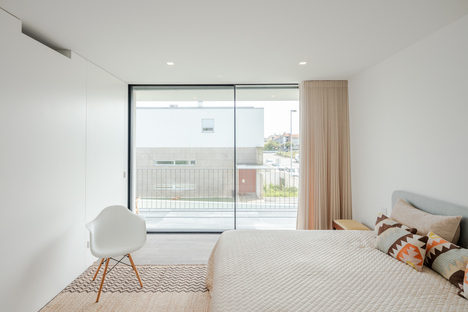