The Portuguese architect Raulino Silva has designed a new house in Beiriz. The house stands on a long, narrow block of land, and it required design solutions that would give it privacy without compromising the views of the surrounding countryside. 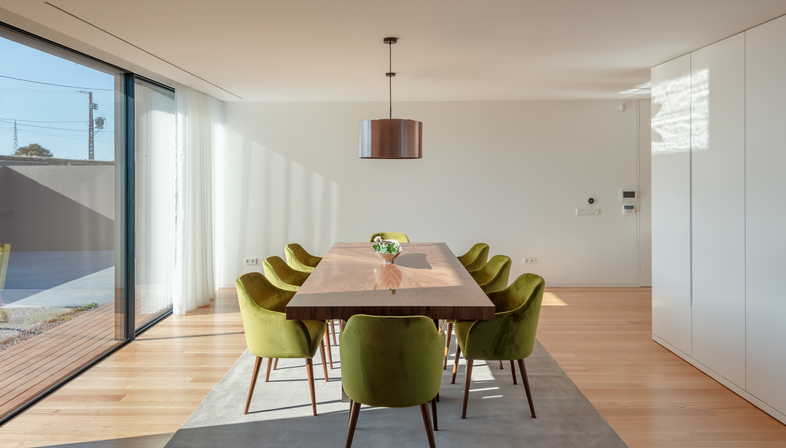 When you think of having a house designed, you have to take into account a whole slew of aspects. Apart from personal taste and budget, one of the many elements to consider for architects and clients is site limitations and local building regulations.
We all know by now that often the most attractive and creative solutions are generated by responding to these restrictions because they drive the architect’s inventiveness. This is what happened to the architect Raulino Silva in Beiriz, a small town in the hinterland of Póvoa de Varzim, a municipality in the northern part of Porto’s metropolitan region Portugal.
The clients own a block of land along the Violantes road, a new urban development for single-family houses. While the area is still surrounded by crops and open fields, to the west, you can see the skyline of Póvoa de Varzim. The lot in question is long and narrow, and the east side borders with the A28, the Auto-Estrada do Litoral Norte motorway from Porto to Caminha. This meant that the architecture studio of Raulino Silva needed to carefully assess its options to orient the house to provide it with as much noise and visual protection as possible, while still being open enough for natural light and views of the surroundings. The site’s building regulations also made it necessary to build a granite wall to separate the home’s parking space from the local access road. So, they needed to develop an architectural solution to find the best way of positioning Casa Beiriz on the site.
The north side entrance made it possible to open the interior spaces for the best solar orientation (south and west), protecting the home from the north wind and the noise of the road on the east side. The orientation of the house is, therefore, a perfect response to the conditions of the site. The foundation was completed as a single volume, while Silva developed the upper level of the house as two volumes.
Three bedrooms with dressing rooms and a south-facing common balcony overlooking the swimming pool are located in the volume to the rear of the entrance. The office was located in the volume next to the street and extends through to the terrace over the living room.
On the ground floor, the hallway is positioned on the north side, with a suspended stairway that leads upstairs, connecting all the different spaces that make up the whole. The living and dining rooms are in the front area, next to the kitchen that opens onto the outside pool deck. The large, floor-to-ceiling windows bring light inside and frame the views of the Beiriz countryside from the upper floor. This visual connection with the landscape, also underscored by the local earthy tones chosen for the outside of the house, reinforces the home’s relationship with its outer suburban context, without compromising the occupants’ privacy. With its formal minimalism, which we would hazard to define as “typically Portuguese”, Casa Beiriz by Raulino Silva very elegantly fits into the zone with all the other new builds, as we can see from the photos by João Morgado.
.
Christiane Bürklein 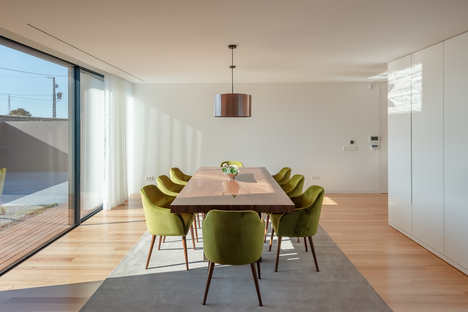 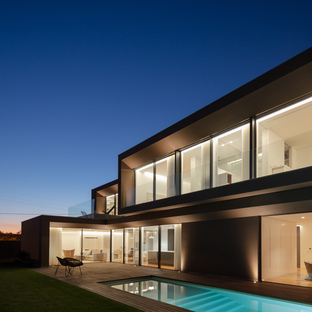 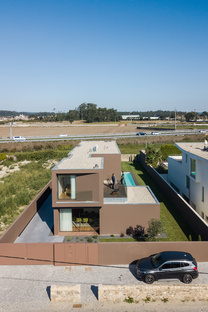 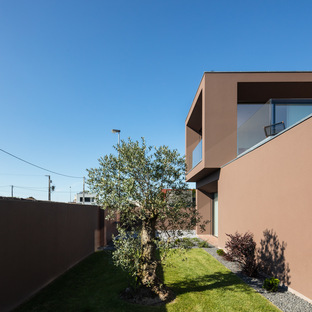 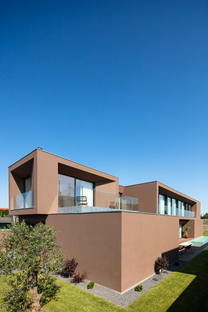 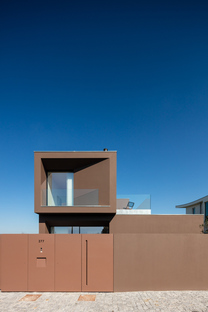 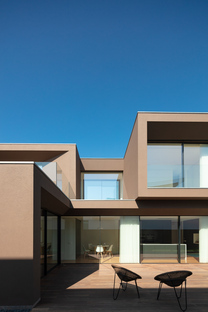 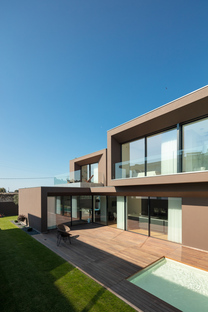 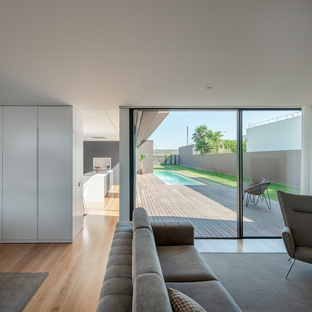 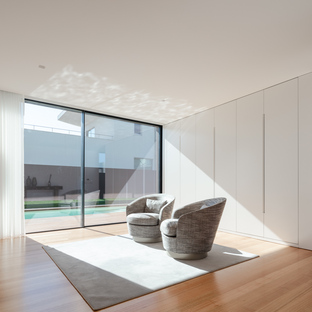 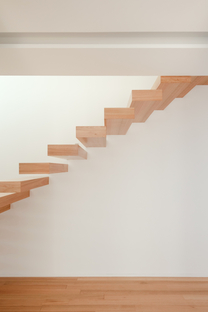 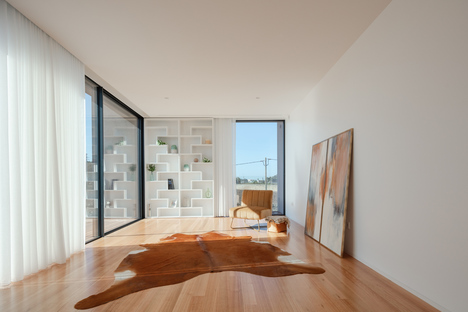 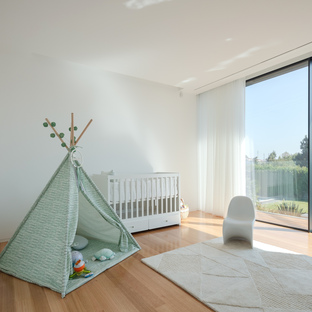 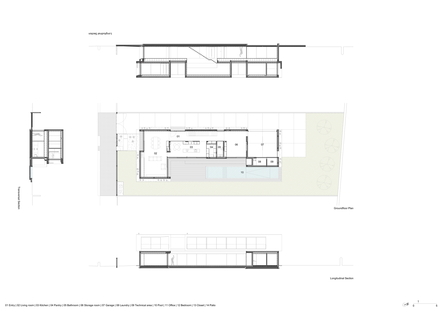