There are many more cultural events happening in 2018 than just the Venice Biennale. 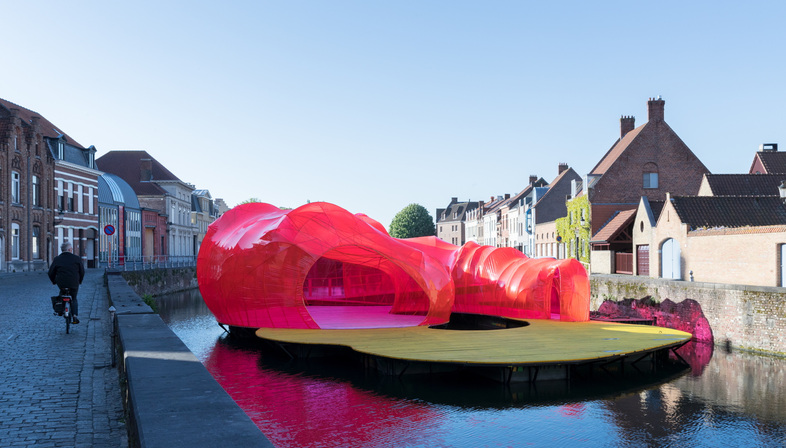 There are many more cultural events happening in 2018 than just the Venice Biennale. One of the go-to events is the Bruges Triennial curated by Michel Dewilde and Till-Holger Borchert who have involved international artists and architects to turn the Belgian city and its channels into a Liquid City from May to September.


The question about what the future holds for us in a world that is changing so rapidly and where consolidated ways of thinking and forms of life are under pressure is the focal point of the Bruges Triennial #TRIBRU18, called Liquid City | Vloeibare Stad, curated once more by art historians Michel Dewilde and Till-Holger Borchert after the huge success of the first edition in 2015.
The curators of the Bruges Triennial invited international artists and architects to address these questions. Many of these sought inspiration for their work in the role of liquidity in the city that is literally crisscrossed and surrounded by water. The waterways that Bruges was once famous for have become a metaphor for Liquid City.
Fifteen works of art, installations and meeting places around the city centre. Together forming a route that brings people together in unexpected places. Which is one of the goals of the Bruges Triennial 2018: generating encounters, challenging people to not just look at the artworks but to experience them and to become part of the creative process as well.
Liquid City | Vloeibare Stad goes back to the 2015 theme, which was a reflection on the city as a megalopolis. But this time it's gone a step further: how can a historical city like Bruges be flexible, liquid and resilient at a time when there seems to be no more certainty?
The title, Liquid City, sounds like an easy reference to Zygmunt Baumann's much-quoted “liquid society” but it takes on an unexpected form, while still referring to the famous author. Based on the assumption that memory can be deceptive, it is practically impossible to know where our individual recollections begin and the collective memory takes over. The combination of ego, subconscious and Zeitgeist make us long wistfully for an ideal past that never existed, with dangerous consequences. In the end, the "good old days" aren't much different from now or, for example, from the Bruges golden of age of the 14th-15th centuries.
So, the curators asked artists and architects to engage with the city and to inject life into concepts like hospitality, collective creation and creativity. Their public installations and their artworks act as beacons in an era where the future is uncertain: a safe harbour in turbulent times, where architecture and art can become the driver of broader change.
Many internationally recognised names are participating in the Bruges Triennial, including Nlé from Kunle Adeyemi with MFS III - Minne Floating School, the third prototype and reworking of the Makoko Floating School in Lagos, Nigeria, this time guaranteed to last 25 years based on the Eurocodes. There is also an organic structure with pink, orange and yellow transparent walls by Selgascano and the Aerocene video installation by Tomás Saraceno that is part of the multidisciplinary long-term project of the same name, which represents a new era, a fusion of art, technology and environmental awareness.
You can see the full list of artists and architects and the detailed programme on the dedicated site of the Bruges Triennial 2018, which is a splendid cultural highlight for travellers to the area, offering something for the whole family, as we can see in the photographs taken by the famous architectural photographer Iwan Baan. 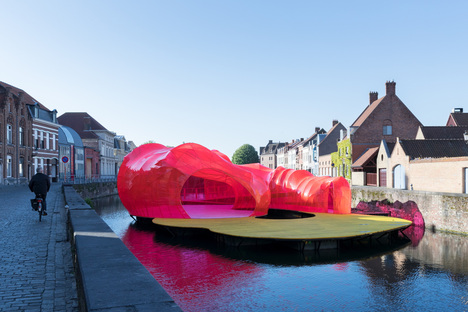 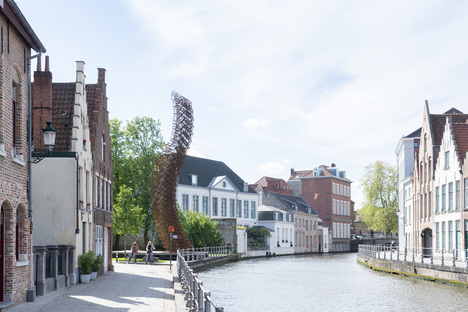 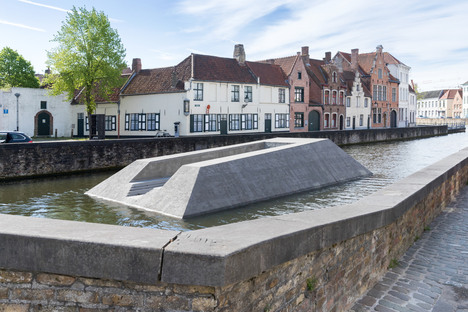 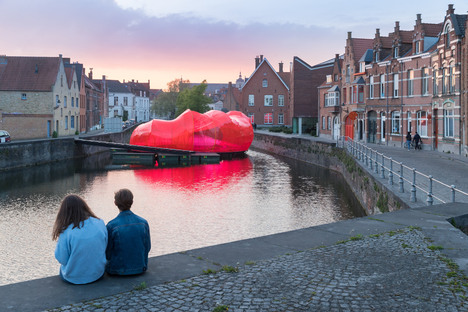