Onda Arquitectura and architect and urban planner Javier Haddad built an infrastructure in Las Palmas de Gran Canaria with a light, undulating form responding to the particular features of the site, a true landmark in the city offering new public spaces. 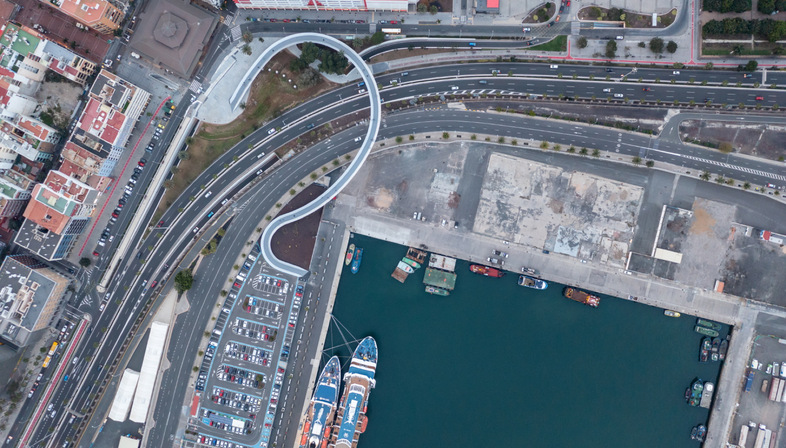 When designing an infrastructure such as a footbridge, architects never stop at the work of architecture itself; a project of this kind always requires study of its urban context, as additions always have a major impact on the public spaces around them, creating virtuous new user dynamics if successful. The latest project completed by Onda Arquitectura with architect and urban planner Javier Haddad in Las Palmas de Gran Canaria is an example of such a project.
With a total length of 283 metres and three 63 metre spans with no intermediate supports, the new footbridge going by the evocative name Onda Atlántica is undulating in shape, originally as a result of restrictions on the site requiring the architects to work around existing trees, but also improving the performance of the structure and permitting it to be designed without expansion joints. The architects solved the programmatic requirements for pedestrians, cyclists and accessible crossings with a single, simple infrastructure that avoids all differentiated elements such as stairs and auxiliary elevators. Onda Atlántica fits into a broader strategy of the city of Las Palmas de Gran Canaria for reconnecting Las Canteras beach with the harbour area, and the pedestrian bridge is the first step toward this new form of urban development aimed at revitalising the waterfront with recreational and leisure activities.
In detail, to respond to the requirements of the site and permit the motorway to be crossed safely, the architects proposed a truly innovative structural system, a highly efficient triangular shape which is not commonly seen in bridge engineering but is capable of covering the curved distances required. To do this, a structural scheme was developed inspired by naval engineering projects, adopting a system of ribs or frames placed every 3.2 metres, held together by 10-12 mm steel plates. The 18 pieces making up the final structure, which weigh up to 40 tonnes each, were assembled in a metallurgical workshop in Seville and shipped to the site. All the components of the footbridge contribute to its structural performance, with the exception of the handrail. Three layers of paint with a metallic finish not only protect against the highly corrosive marine environment but blur its outlines, so that the footbridge visually blends into the city.
Onda Arquitectura and Javier Haddad’s dynamic, minimalist new bridge becomes a huge urban sculpture for Las Palmas de Gran Canaria that also brings new life to the two squares at either end of the bridge. On one side, a fluid plaza receives all the converging pedestrian traffic with green undulating shapes designed to be seen from above, turning into a horizontal vegetal painting. On the other side, a non-walkable landscape design reproduces a volcanic topography, reclaiming rocks from neighbouring Isleta mountain. Onda Atlántica offers a new experience for visitors, and, as the architects note, the footbridge is transformed into “a new exciting in-movement lookout whose profile is perceived as a movie frame displaying a moving city.” 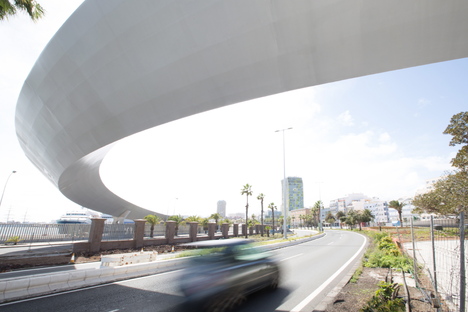 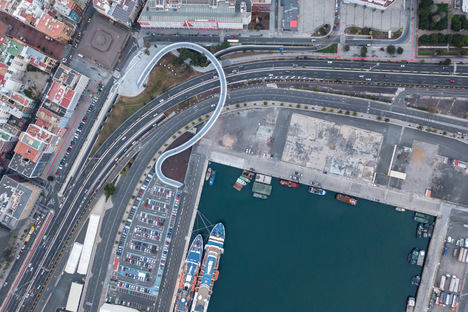 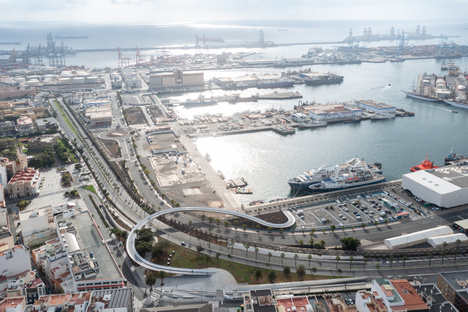 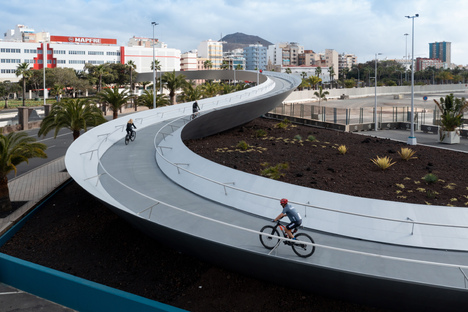 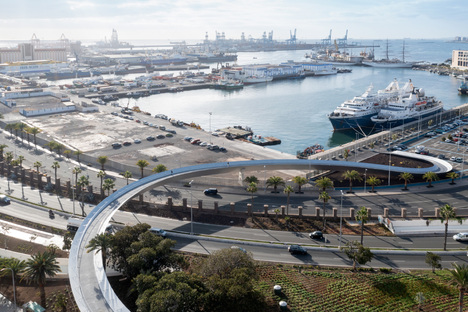 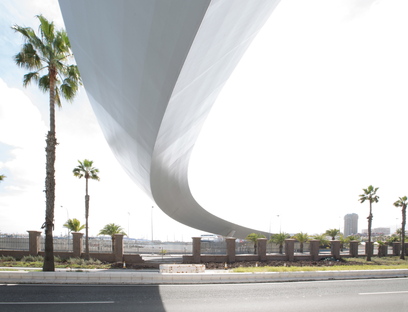 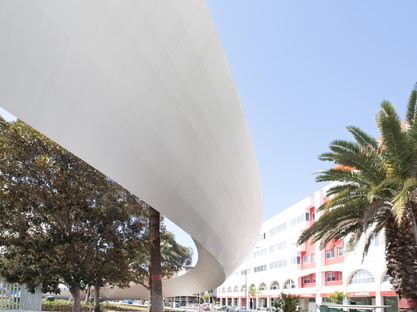 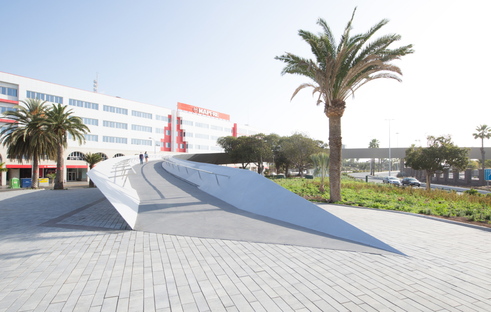 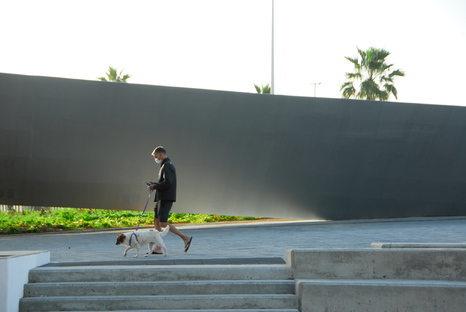 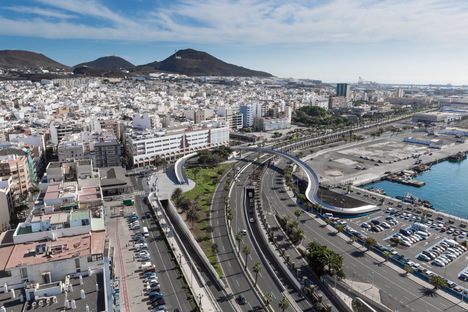 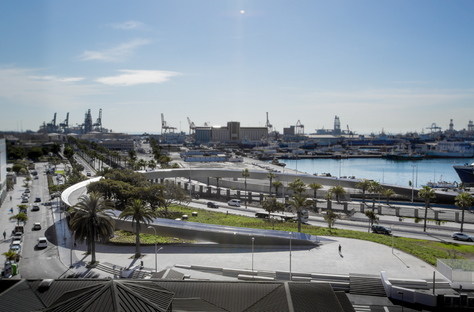 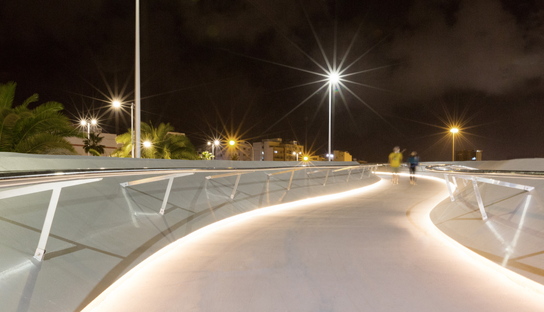