The National Library of Latvia in Riga by Gunnar Birkerts Architects is one of the eight recipients chosen by the American Institute of Architects (AIA) and the American Library Association (ALA) for the 2017 AIA/ALA Library Building Award. 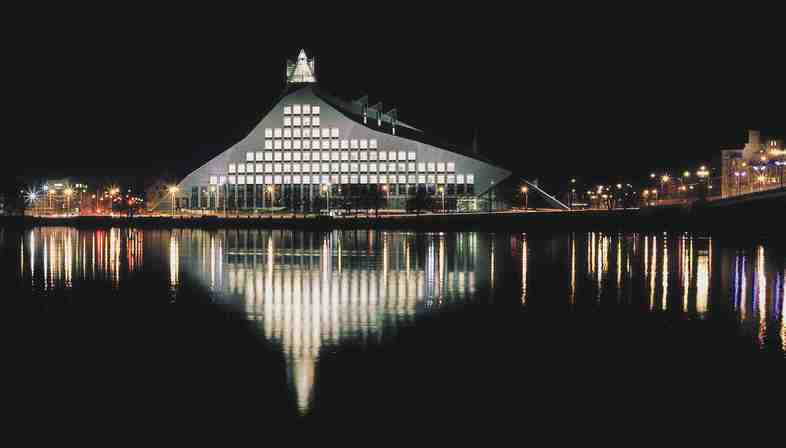 The National Library of Latvia in Riga by Gunnar Birkerts Architects is one of the eight recipients chosen by the American Institute of Architects (AIA) and the American Library Association (ALA) for the 2017 AIA/ALA Library Building Award.


We continue our discovery tour of the eight recipients of the Library Building Award selected by the American Institute of Architects (AIA) and the American Library Association (ALA) to honour the best in library architecture and design in 2017. After the Varina Area Library  today we're looking at the new building for the Latvia National Library  in Riga, designed by the firm of the Latvian-American architect Gunnar Birkerts.
This is a new, very significant building on Riga's skyline, with its glass cladding and transparent lantern on the apex clearly referencing two Latvian legends that are well known to Gunnar Birkerts, who was born in Latvia in 1925 and emigrated to the United States after the second world war: the “Glass Mountain” where a damsel awaited her knight in shining armour and “Castle of Light” that sank into deep water to reappear only when Latvia is an independent nation once more.
The library stands 68 metres tall, spans three storeys and houses more than four million books. It is located on the banks of the river Daugava and its name - “Gaismas Pils”, castle of light - therefore reflects the historical developments of last century. The façades of the new library, which brings under a single roof everything that before was stored in six separate buildings reference birch forests as much as the forms of rural buildings. Apart from the eye-catching curtain wall, local materials were mainly used to build the library, which inside is supported by state-of-the-art technology for easy digitisation and safe storage of the country's cultural heritage. The atrium with its central staircase is a unifying element that connects the different levels and the two wings of the library.
The design choices are the end result of Gunnar Birkerts' conviction that a national library is always something more than just a place to store books, it is a “national symbol, one of the pillars of a nation – a place that unites the people with their cultural heritage”. A design approach that also won over the jury of the 2017 AIA/ALA Library Building Award. 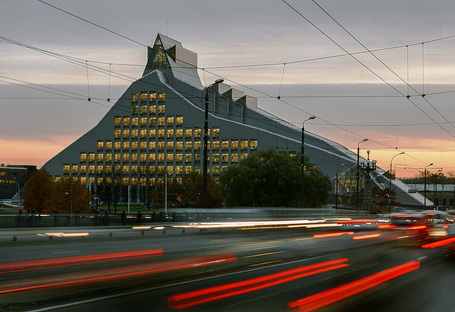 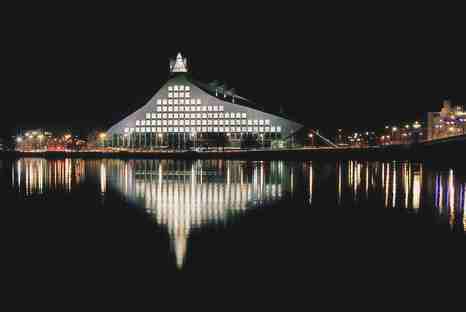 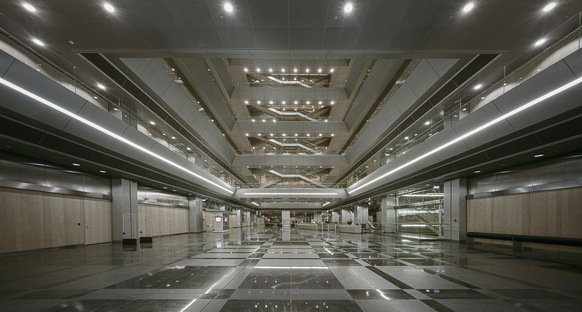 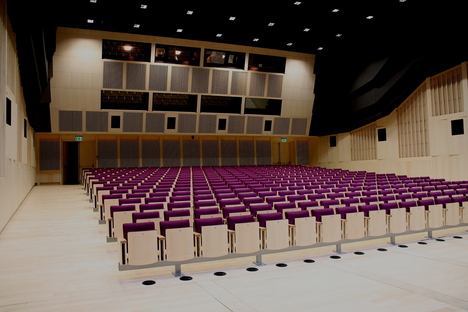 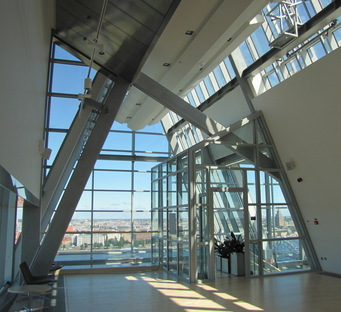