Throughout the year we have often talked about architecture for culture, from large museums to tiny art galleries, castles and cultural centres. The four projects we are presenting as the best of this first part of 2021 all have a common denominator: they are works created in the pre-existing environment. 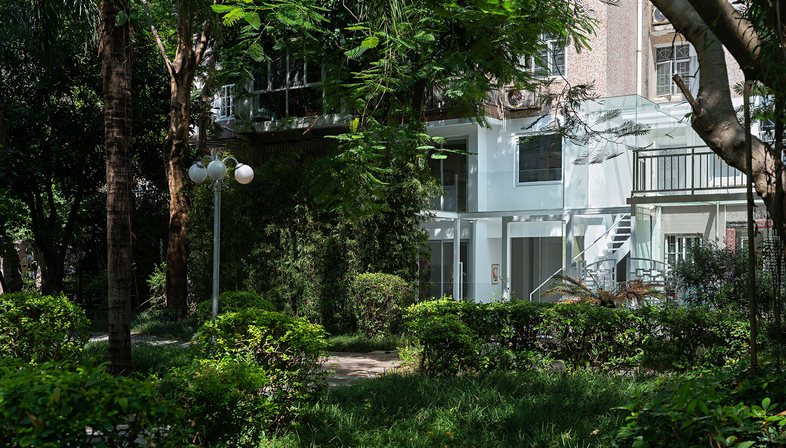 One of the great themes of recent years has undoubtedly been the transformation of existing buildings. More and more often, and with a view to sustainability, people are deciding not to demolish historic buildings, opting instead for renovation and transformation work, thus meeting new living requirements. Pre-existing buildings such as industrial buildings, residences, or monuments are all evidence of a past whose memory we want to preserve.
In this selection, the smallest-scale project is the KennaXu Art Gallery in Shenzhen, in the Futian district, a renovation project by DA INTEGRATING LIMITED, the design studio directed by Chinman Ngai. It is a building hidden by a row of trees built in the Nineties as part of the construction of the Shenzhen CBD, the same place where gallery owner Kenna Xu spent his childhood. Years later, as a client, he decided to turn it into his own art gallery and a public space capable of blending an intimate living atmosphere with the beautiful natural landscape of the neighbourhood in which it is situated.
The work of the Czech architectural studio atelier-r, on the other hand, has a much larger dimension, as it is the renovation of Helfštýn Castle in the Olomouc Region of the Czech Republic, the second largest monumental complex in the country after Prague Castle. The design idea, in this case, was based on respect for the historic building in order to preserve its authentic character. And this is how this castle has added, thanks to new and well-thought-out architectural volumes, a new and attractive tourist route to bring visitors closer to the local history.
Moving on to France, more precisely to Scionzier in the Rhône-Alpes region, Atelier Archiplein has designed the extension and conversion of an old factory into a cultural centre. The project, developed together with MAW's set designers, was based on the same old industrial building dating back to 1913 and located next to the town hall. The project as a whole succeeded in enhancing the built heritage, especially thanks to the complete renovation of the main building, as well as the construction of an extension and a new entrance portico consisting of a massive stone colonnade.
We conclude our selection with the revitalisation of a typical urban non-place: an old multi-level garage. This is Estación San José in Toluca de Lerdo, Mexico, a project by FRPO, an international architectural practice based in Madrid, Spain, and directed by Fernando Rodríguez and Pablo Oriol. This work presents itself as a virtuous example of creative reuse for the community without burdening the environmental balance. In fact, if it is true that the greenest building is the one that is not built, FPRO has succeeded in doing just that, maintaining as much of the architecture as possible in order to transform it, with great delicacy, into a lively hub for offices and co-working areas, cultural and commercial spaces.
All in all, these four examples demonstrate that transforming stimulates designers' creativity and emphasises links with history and place. 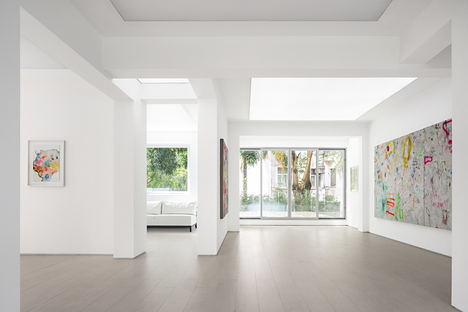 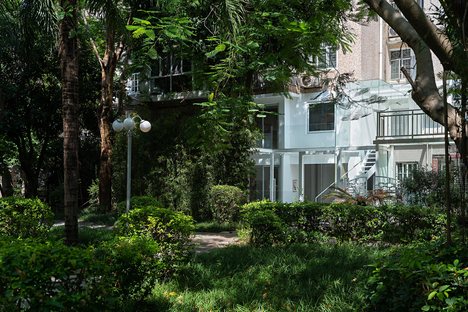 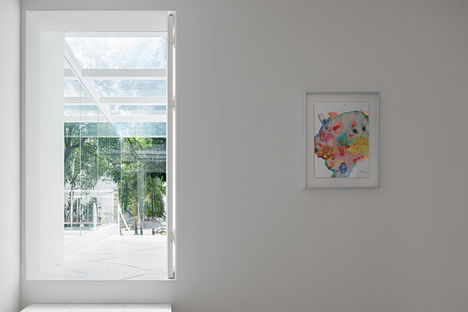 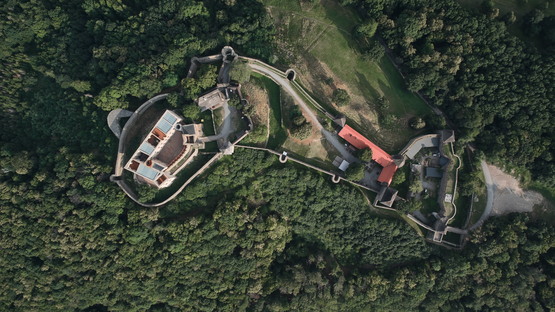 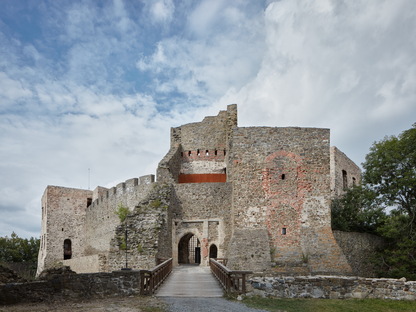 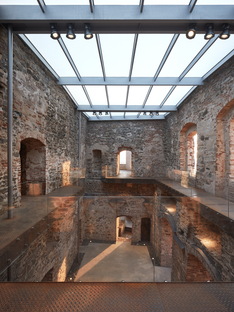 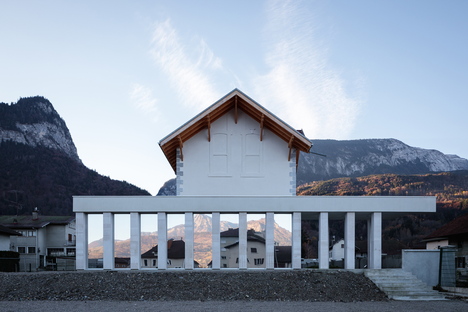 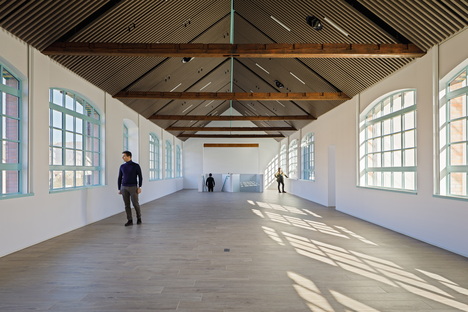 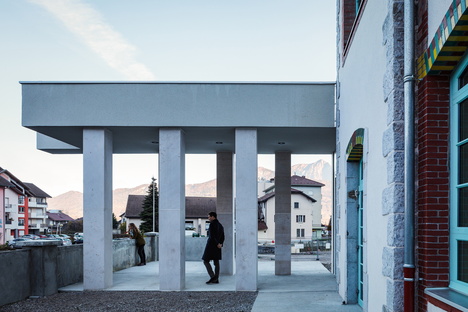