Far from the city centre, the Aman Kyoto resort designed by Australian firm Kerry Hill Architects sits at the foot of the Hidari Daimonji mountain, close to the UNESCO World Heritage Site of the golden Kinkaku-ji temple. The resort architecture is a contemporary tribute to the traditional Japanese Ryokan inns. 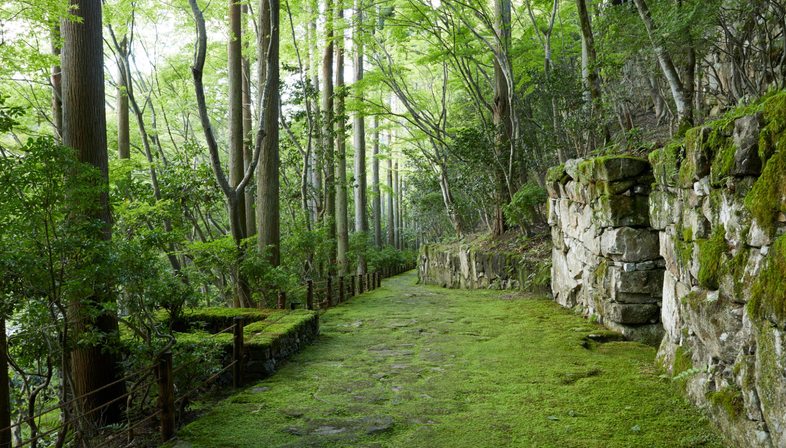 The Aman Hotels & Resorts’ third hotel is steeped in Japanese nature, culture and heritage. It is located in Kyoto, considered to be the cultural capital of Japan and certainly one of its top tourist destinations.  Kyoto is famous for its numerous classical Buddhist temples, as well as gardens, imperial palaces, and Shinto shrines, many of which are collectively part of the city’s UNESCO World Heritage Sites.
Aman Kyoto stands far from the hustle and bustle of the crowded touristy spots, hidden away in a secret garden at the foot of the Hidari Daimonji mountain. The project by Kerry Hill Architects, which also designed the other two hotels of the high-end hotel brand Aman in Japan - Aman Tokyo and Amanemu - celebrates the beauty of the location: the forested grounds where Aman Kyoto sits is part of an artistic community that gave rise to the historic Rinpa school of painting in 17th century Kyoto.
The 32-hectare includes about 29 hectares of permanent forest and 3.2 hectares of gardens—tended over many decades—originally belonging to one of Japan’s most respected collectors of the obi (the ornamental sash of a traditional Japanese kimono), who had planned to build a textile museum within the garden for his collection. The manicured garden platforms were created for that museum.
However, Chartered group, the owners of Aman, had other ideas in mind and now this enchanted garden, with a natural spring that is rare for the region, is instead the site for their new resort, which is extremely sensitive to the verdant context.
Indeed, with their project, the team from Kerry Hill Architects have crafted an architectural language that not only respects traditional Japanese design by referencing the Ryokan inns, it also celebrates, protects and brings back to life these unique gardens that provide the setting for the Aman Kyoto resort, with its moss-covered stone paths, colourful yama momiji maples and kitayama-sugi (Japanese cedar).
Lined with towering trees, Aman consciously retains the feeling of being immersed in nature. The few trees that were felled as part of the development were transformed into plates, room tags, and more—following the brand’s ethos of championing what’s local and sustainable as well as their efforts not to alter the natural surroundings. Unlike other carefully manicured Japanese gardens, the trees within the Aman Kyoto property appear as they originally are, expressing the untouched beauty of Japan. The look of this particular hotel was inspired by the kosi wooden fence, traditionally found at the exterior of a machiya, the traditional Japanese shophouses that used to line the streets of Kyoto in the past. This detail is cleverly incorporated in the interiors of the suites and shared spaces.
To that effect, Aman Kyoto is a legacy of the Australian architect Kerry Hill, who passed away last year. All his projects share a defining characteristic: the sensitivity they show to their surroundings. In his own words, “I feel that you need to perpetuate the traditions within the culture and material of a place through your architecture so that it is appropriate and focused instead on incorporating traditional local materials.” 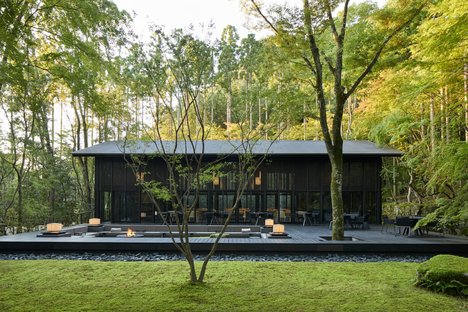 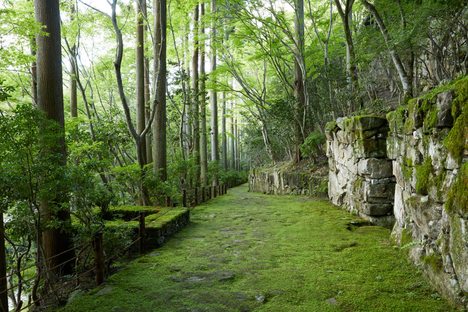 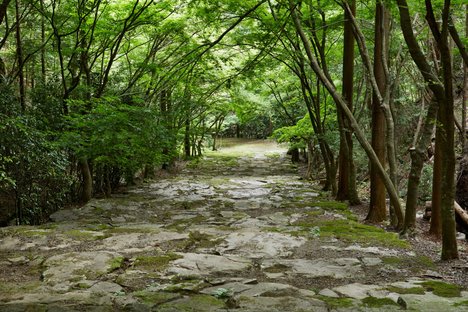 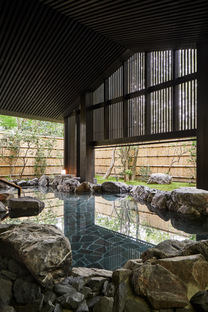 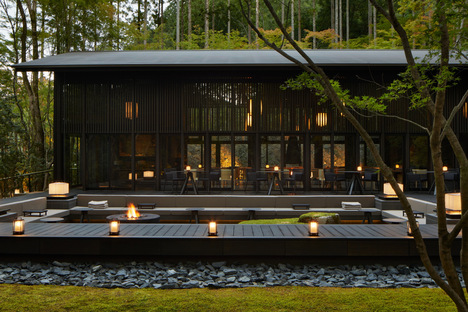 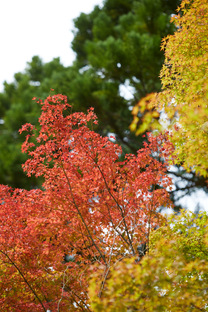 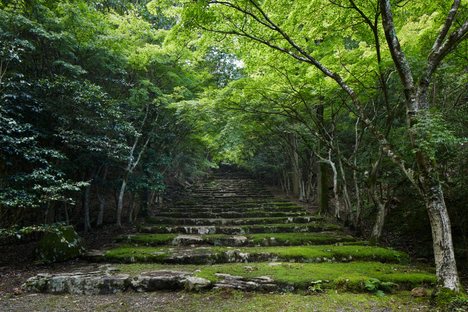 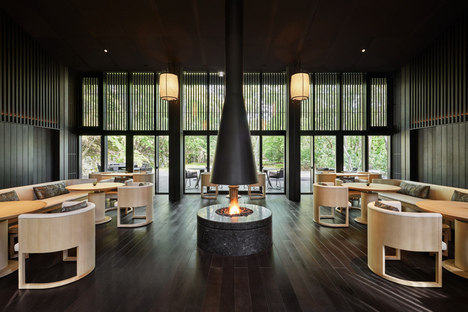