This year's AIA Gold Medal - the highest honour bestowed by the American Institute of Architecture - has been awarded to Denise Scott Brown and Robert Venturi, the first duo to receive the Gold Medal, in accordance with the rule changes to the AIA bylaws.

This year's AIA Gold Medal - the highest honour bestowed by the American Institute of Architecture - has been awarded to Denise Scott Brown and Robert Venturi, the first duo to receive the Gold Medal, in accordance with the rule changes to the AIA bylaws.

During the annual AIA convention in Philadelphia, in May 2016, Denise Scott Brown, Hon. FAIA and Robert Venturi, FAIA will be the first duo to be awarded the highest honour in American architecture - the AIA Gold Medal - for a significant body of work that has had a lasting influence on the theory and practice of architecture.

In 2013, the AIA changed the rules in its Bylaws so that not only an individual but also two individuals working together would be eligible to receive the award, a significant step forward to also honour duos who work as a team, reflecting the changing nature of the practice that has become increasingly more collaborative in nature.

The work of Denise Scott Brown - who with this award has been automatically elevated to become an honorary member of the AIA College of Fellows - and Roberto Venturi truly resonates because, as AIA President Elizabeth Chu Richter said “Through a lifetime of inseparable collaboration,  they changed the way we look at buildings and cities. Anything that is great in architecture today has been influenced in one way or another by their work”.

Denise Scott Brown and Robert Venturi were the first architects to move out to the suburbs and their portfolio shows sensitive and literal historic preservation projects, as well as urban master plans. Some of their most notable works include The Best Products Showroom in Langhorne, Pennsylvania, The Sainsbury Wing of the National Gallery in London and the Provincial Capital Building in Toulouse, France.

The AIA also conferred the 2016 AIA Architecture Firm Award to Seattle-based LMN Architects, who designed projects such as the Vancouver Convention Center West and the Tobin Center for Performing Arts, just to mention a couple. This award recognizes a practice that has consistently produced distinguished architecture. 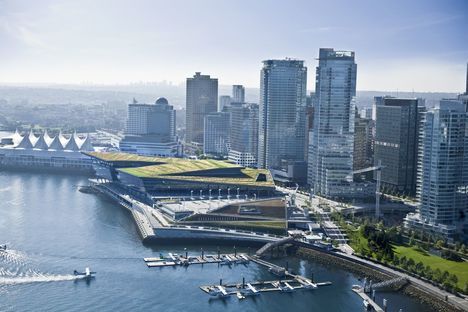 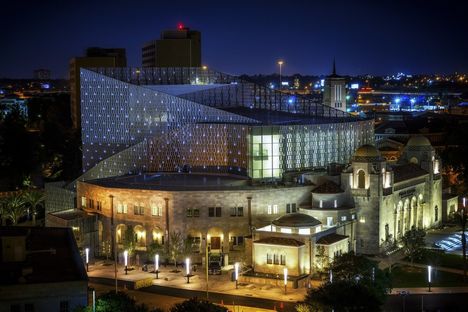 Past and future in the present, Vanke Nantou Gallery by Various Associates