Every year, the American Institute of Architecture for architecture celebrates the best contemporary architecture with the AIA Awards, regardless of budget, size, style, or type. 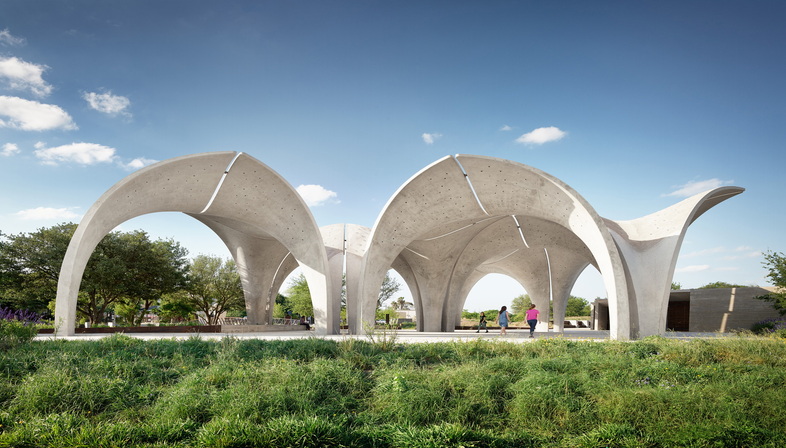 Every year, the American Institute of Architecture for architecture celebrates the best contemporary architecture with the AIA Awards, regardless of budget, size, style, or type. One of this year's nine award-winners is Confluence Park in San Antonio, Texas by Lake Flato Architects.


Running along the bank of the San Antonio River, Confluence Park is a living laboratory designed to broaden our understanding of southern Texas ecotypes and the impact of urban development on local water catchment areas. It was developed by the San Antonio River Foundation to support economically disadvantaged communities not only by providing an accessible gateway to outdoor activities but also by offering educational and recreational facilities.
So, the San Antonio River Foundation appointed Lake Flato Architects to convert a former construction storage yard into a unique outdoor education centre.
Confluence Park is so named because the site is located at the junction of San Pedro Creek and San Antonio River. The shaped lands in the park were designed to improve the site's biodiversity, while the central pavilion’s concrete petal structures draw inspiration from the plants that funnel rainwater to their roots. The pavilion has 22 of these, which stand just under 8 metres high and form a network of vaults that provide shade from the Texas sun and harvest rainwater that flows directly to an underground cistern.
The park is located next to Mission Reach, an almost-13- kilometre stretch along the San Antonio River, with a woodland ecosystem along the riverbank that connects - via a network of pedestrian trails - the downtown San Antonio River Walk to several south side communities and five UNESCO World Heritage Spanish mission sites.
Still, the project by Lake Flato Architects did have a few setbacks: some of the local inhabitants were concerned about safety and asked for their properties to be fenced off to protect them from users of the new park. As a response, representatives from the foundation made every effort to explain the purposes of Confluence Park and keep the neighbourhood updated. This close engagement with the community ended up creating a groundswell of enthusiasm, and fences were eventually replaced with gates, providing easier access to the new amenity.
The numbers clearly reflect the huge success of Confluence Park: since it opened, in March 2018, the collaborative ethos evident in the foundation’s directives has already made a positive impact on the community. In just a few months, the park hosted nearly 140 educational events presented by 24 non-profits which were attended by more than 9,000 registrants.
Confluence Park by Lake Flato Architects is a project that develops the environment with striking architecture to become the driver of social change. This, of course, is transformed into added value for the local communities, a result which has won it one of the 2019 AIA Awards. 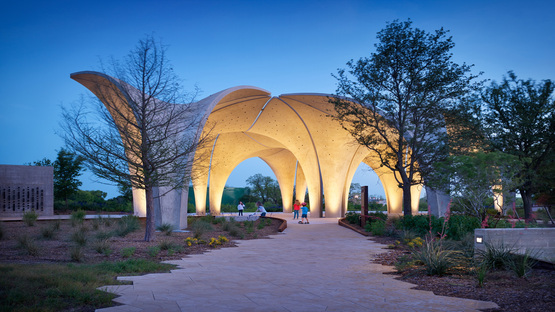 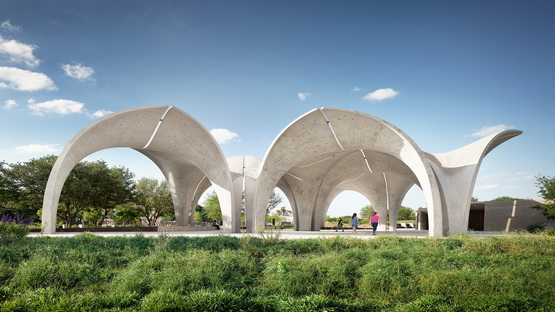 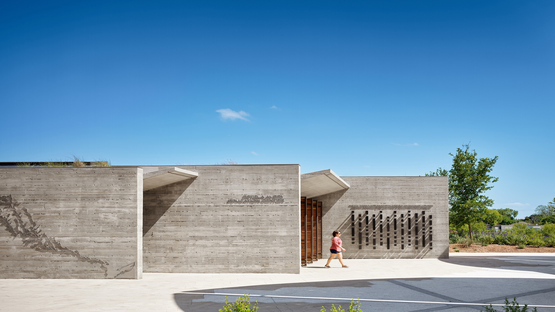 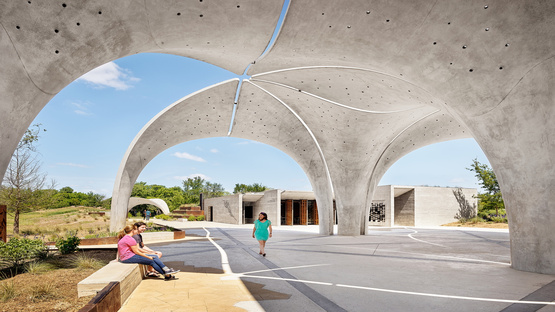 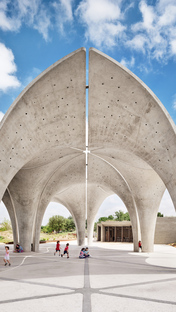