Lebanese designer Richard Yasmine is back in the limelight with a new collection of objects. AFTER AGO embodies the themes dear to Yasmine, who has always placed emphasis on the value of his native country’s artisan work, this time combined with architectural influences from the last century. 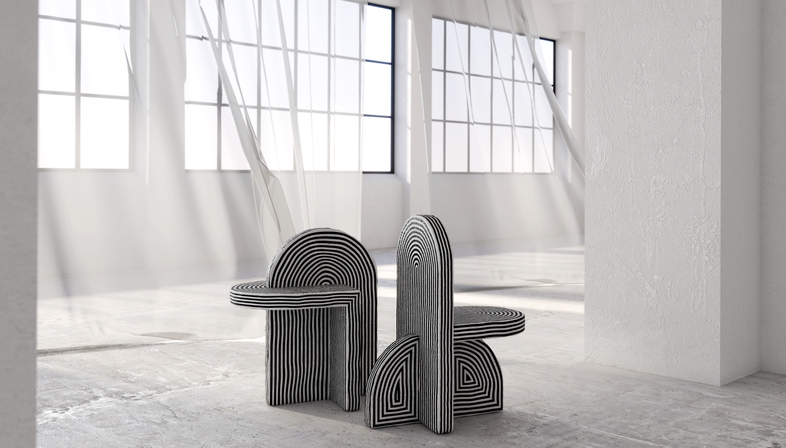 Milano Design City, an event dedicated to the culture of design and innovation featuring a substantial online component, ran from 28 September to 10 October. The Lebanese designer and architect Richard Yasmine participated with his AFTER AGO collection, exhibited as part of the 5 VIE Art + Design circuit. Established in 2014, this cultural and territorial marketing project has the purpose of drawing attention to Milan’s old town, especially during events like the Fuorisalone.
This year, with the pandemic in progress, 5 VIE Art + Design provided a digital platform where the designers could showcase their creations. One of these designers was Richard Yasmine, who brought AFTER AGO. A collection that—faithful to his idea of wanting to support Lebanese craftsmanship—is based on the know-how of his land, enriched by the cultured and always new references he gives to his works. The value of these objects is even more significant after the terrible tragedy that struck Beirut, Richard’s hometown, on 4 August, the consequences of which are heavily impacting the fate of this country already teetering on the edge of economic collapse.
After Ago is a hybrid collection of objects that range from vases to seats. The work is inspired by the metaphorical Postmodern/Memphis movement, with a delicate hint of Art Deco lines elegantly combined with the monolithic restraint of Brutalism that we can also find in Beirut. Richard Yasmine uses simple lines that allow him to work with arches—also features in his earlier creations (https://www.floornature.com/blog/richard-yasmine-and-bearable-lightness-design-13672/), turning them into a tribute to the city and an elegy of lost souls. His objects are all handmade, using multiple materials like foam, lightweight concrete plaster, acrylic, and stone/clay. These sculptural, dreamlike pieces serve practical purposes and are painted in black and white.
The alternating rhythm of the black and white stripes on each side of the objects conveys a vital message. The colour black speaks of mystery, of an uncertain future, of an unwanted or sad past. Against this, white is seen as the colour of serenity and security. Black traps the space, white frees and opens the space. Black conjures up finesse, white transmits innocence and new beginnings.
The objects designed by Yasmine, therefore possess an intense emotional power with the alternation of very different moods. With the After Ago collection, Richard Yasmine continues his personal stylistic and formal research. This design is again grounded in Beirut’s tradition and its fascinating, chequered past, marked by tragedy and glory, something which can never leave you untouched and is never run-of-the-mill. Just like the designer’s creations, crafted by Lebanese artisans and shared online for Milano Design City. 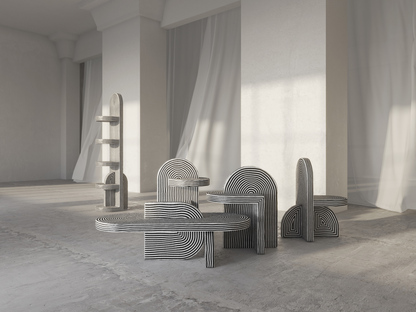 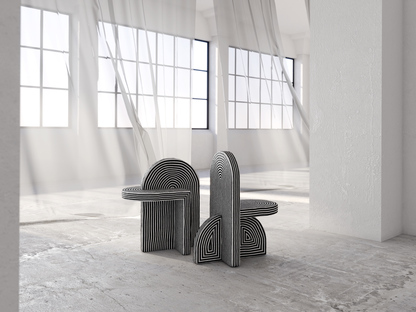 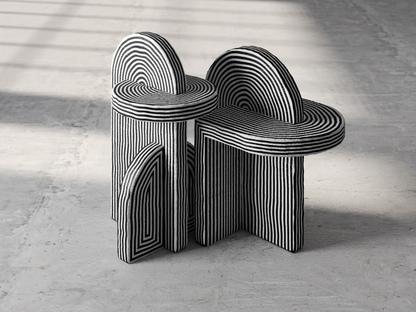 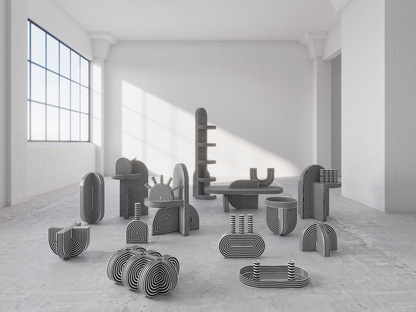 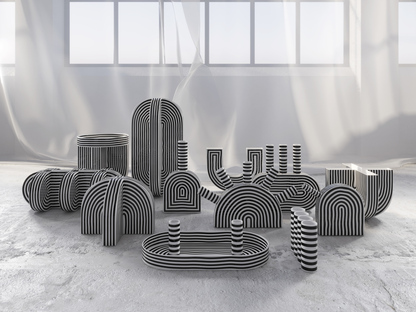 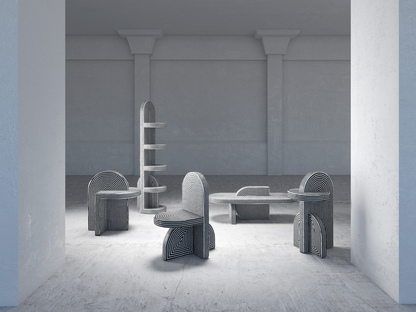 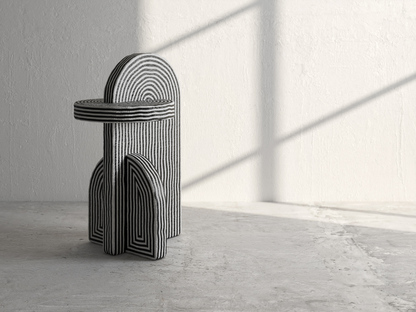 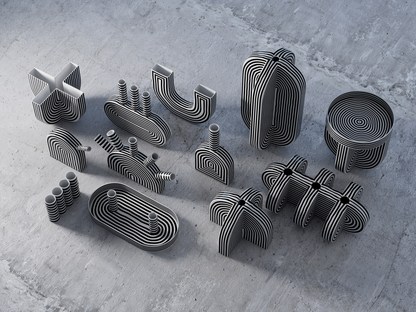