As we eagerly await the start of the 60th edition of the Salone del Mobile and the Milan Design Week, here is a preview of two collections created by Lebanese designer Richard Yasmine: Woven Whispers and FURRYBUM/SOFTBUM. As characteristic of Richard Yasmine's works, the two collections are the result of a collaboration with several Lebanese master craftsmen, for intrinsically sustainable and timeless products. 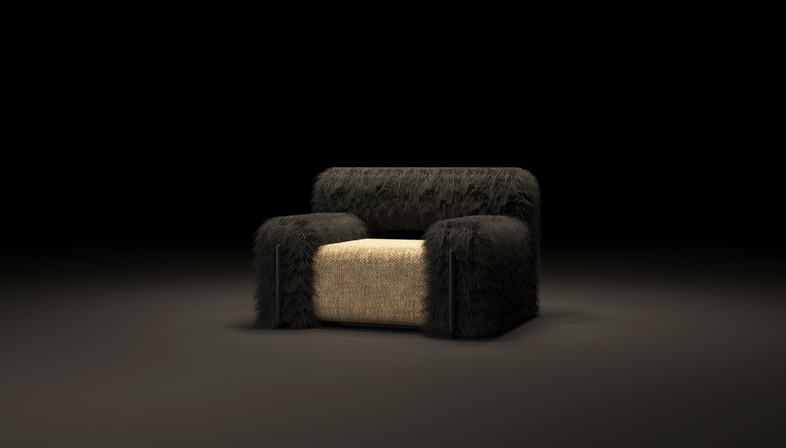 Milan's major design event is almost here. The city is already vibrating as it eagerly waits the start of the Salone del Mobile, set to take place from June 6 to 12, which sees Floornature engaged on various fronts: from exhibitions and events in the Iris Ceramica Group showroom in Via Santa Margherita 4, to its role as media partner of the LAND studio with the streaming of a series of talks on the theme of "Meanwhile Uses" (https://www.floornature.it/blog/floornature-con-lo-studio-land-la-mdw-17098).
Among the many personalities who will be on hand at the Fuorisalone, a familiar face to Livegreenblog readers is Lebanese designer Richard Yasmine, who will present two collections: "Woven Whispers", a physical exhibition to be held at the 5VIE gallery in Via Cesare Correnti 15, and FURRYBUM/SOFTBUM, a digital exhibition to be hosted by the same gallery. Once again, Richard Yasmine is proposing objects inspired by the deep bond with his native land, Lebanon. A country strongly tested by the recent adverse socio-economic and political situation, but which continues to be a creative hotbed.
With "Woven Whispers" Richard Yasmine addresses the Salon's theme of "Between Time and Space", offering a collection of furniture pieces that combine thousands of years of history. As Richard Yasmine explains, the pieces are "inspired by bold modernism architecture, basic geometric volumes and by the "Arts and Crafts" movement, as well as influenced by the oldest known furniture making methods, wicker and rattan, dating back to 5000 years. The popularity of wicker was passed down from ancient Egypt in the Middle East, to Persia, to ancient Rome, until its worldwide expansion."
All obviously made by master Lebanese artisans, whose ancient knowledge translates into furnishing elements that can be fully defined as inherently sustainable. Not only because of their artisan production, as an input to the local economy and the preservation of traditions, but also for the materials used to make the furnishings. Each artisanally produced object, in fact, uses fibres and natural resources such as organically dyed ropes, rattan, wicker and wood, emphasising the link with their land of origin.
To highlight the importance of craftsmanship, of the product on a socio-economic level, Richard Yasmine conceived the installation entitled "The City and the Tower< /em >" hosted by the 5VIE gallery. As the artist explains, the tables that are part of the collection are stacked "imitating edifices from ancient history, precisely the tower of Babel. In our case translating a symbol of communication, solidarity, union and harmony between human beings and nations, rope represents help and hope, showing the importance of the social structure yet the interactive force of the individual."
Alongside "Woven Whispers", aimed at creating a significant contribution to our sense of community, in addition to commemorating history and memory, we also find FURRYBUM/SOFTBUM.
A playful furniture collection that uses the primary shapes and lines of the triangle, the square and the round, in reference to naive childish illustrations. Richard Yasmine skilfully converts these minimal shapes into a series of voluminous armchairs, whose cartoonish aesthetics balance perfectly with the sobriety of the natural colours chosen by the artist.
With his two collections on display at the Milan Design Week 2022 Fuorisalone, Richard Yasmine is able to successfully translate the theme of the Salone with great elegance and narrative force, offering visitors his personal interpretation of the "Between Time and Space" slogan. 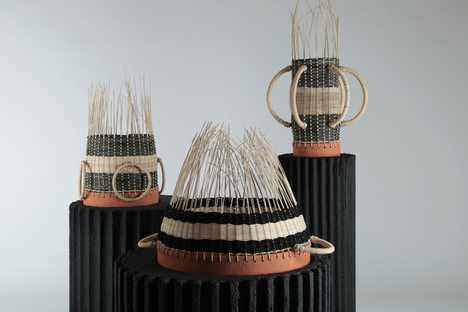 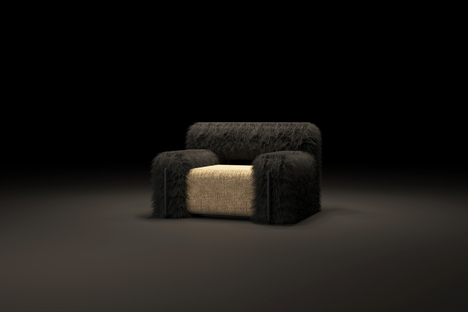 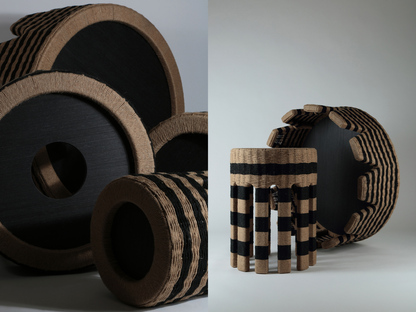 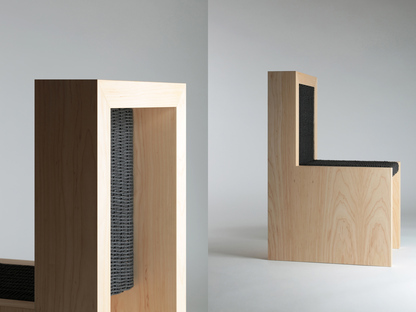 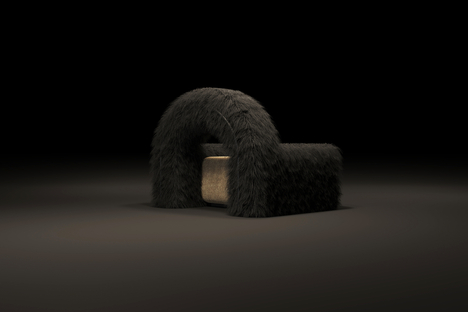 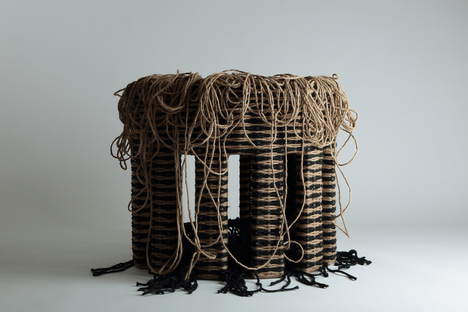 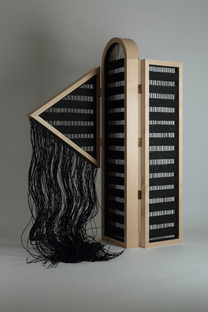 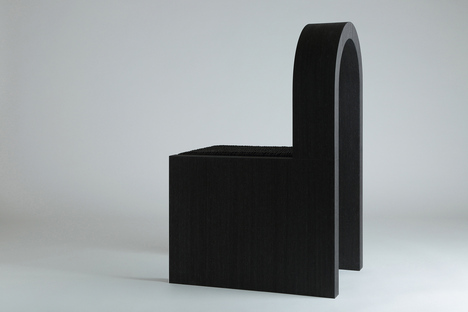 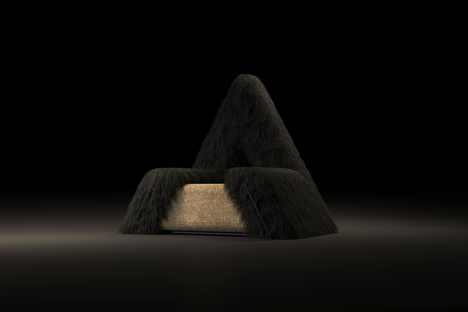 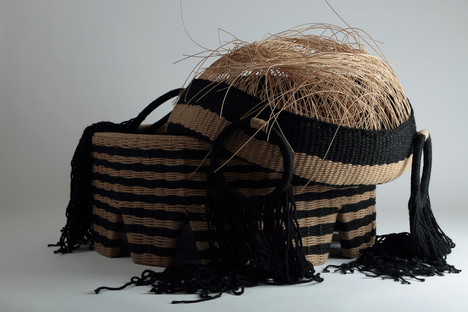 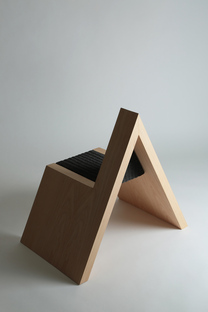 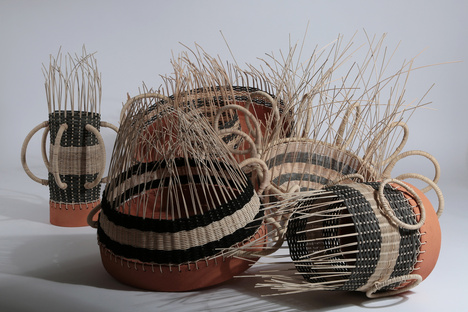