Ross Barney Architects designed the Chicago Riverwalk, one of the projects that the American Institute of Architects (AIA) selected for the 2018 Institute Honor Awards, to recognise achievements in architecture, interior design and urban planning. 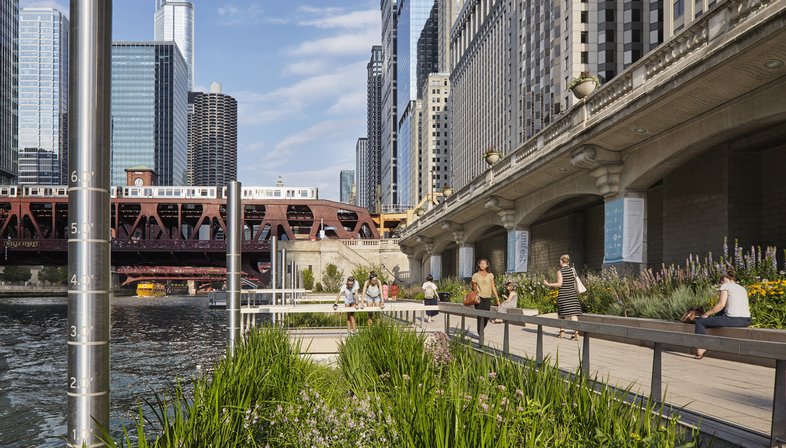 Ross Barney Architects designed the Chicago Riverwalk, one of the projects that the American Institute of Architects (AIA) selected for the 2018 Institute Honor Awards, to recognise achievements in architecture, interior design and urban planning. A gift to the city, as defined by the jury.


2018 has kicked off with the outstanding work of US architecture: The American Institute of Architects (AIA) has announced the 17 winning projects of the Institute Honor Awards from the 500-plus submissions. The awards will be presented to winners at the AIA Conference on Architecture, New York in June.
They include, in the Institute Honor Awards for Regional and Urban Design category, the Chicago Riverwalk by Ross Barney Architects. A project that intelligently reinvents a 2-km waterfront area of the city where the second Chicago Architecture Biennial ended a few days ago, with great success.
“A gift to the city, it embraces Chicago's layered, diverse history by providing a range of amenities that provide forward-looking opportunities. Transforms the once neglected downtown riverfront into a vast public space. Design that touches everyone. Subtle moments of education and insight into the ecology of the river, educating visitors and residents.  It is the reinvention of urban life that brings attention back to the waterfront.” These were the comments of the AIA Jury in recognising the Chicago Riverwalk that locals and visitors are really enjoying because they are finally reconnecting directly with the Chicago River.
Ross Barney Architects has created nine distinct natural rooms useable by people and connected by a path. Its value is much more than just access to the water to interact more with the river: the waterfront project has played a key role in improving water quality. In the '70s, there were merely seven aquatic species, and now that number has risen to 75 and continues to increase. The different species of native plants on the water's edge also play a big part in this. Not only do they look good, they have also improved the area's resilience to flooding, which occurred just a few weeks after the official opening of the Chicago Riverwalk. But the attentive design by Ross Barney Architects meant that just 12 hours after the water receded, the park was clean and reopened!
The Chicago Riverwalk has also sparked economic interest for the city. Since the project's first phase, it has generated construction value and a number of new projects work to make the river even more accessible. An all-round success that has now also been recognised with the 2018 AIA Institute Honor Award. 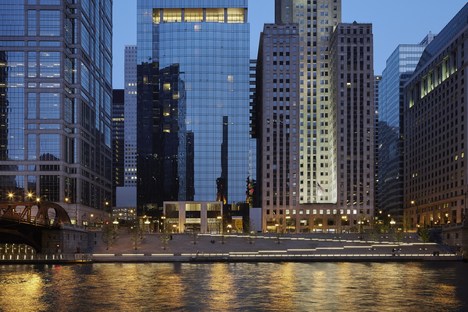 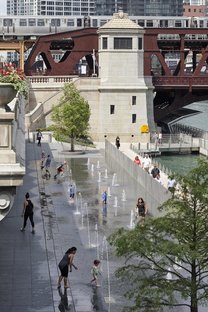 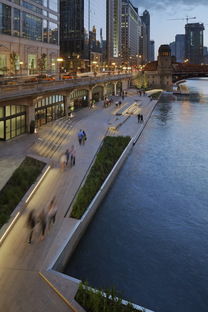 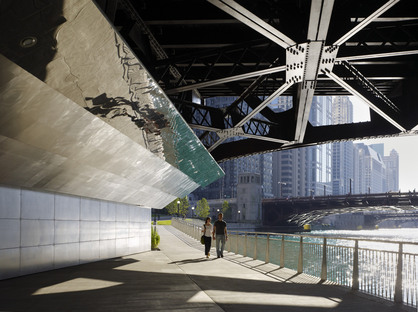 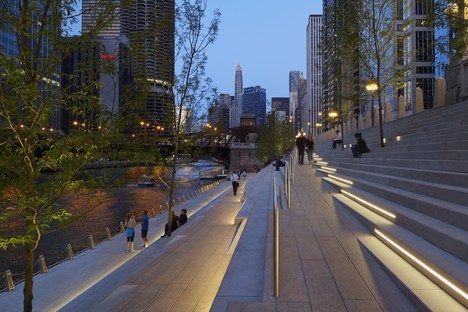 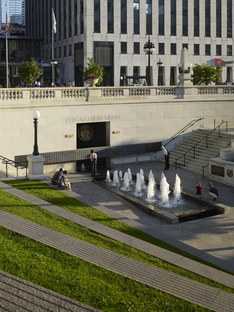