“How long is the life of a building?” The Estonian pavilion raises this question and investigates the modernist legacy of the Linnahall Concert Hall in Tallinn. A question that ponders the lifecycle of buildings, on how they can be used nowadays and how they can be preserved for the future. 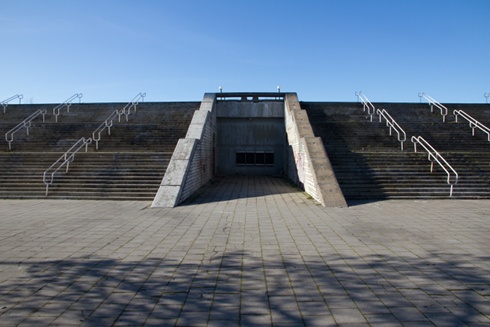 The Linnahall Concert Hall was built in 1980 for the Moscow Olympics; it was used for twenty years, until it was abandoned with the arrival of the new millennium.

Even though its technological systems are still in working order, it still only plays a marginal part in the city’s life, continuing as a scenic platform over the Baltic Sea.

The Linnahall is an emblematic case of the state of architecture in the Baltic nations, where political change has meant that many buildings in the former USSR have been abandoned.
No building lives forever but precisely because of the economic crisis it would be a good idea to reconsider the use of existing buildings, which are often of considerable architectural worth.

So, the investigation ranges from social criticism to the lifecycle of the buildings, from their potential to the identity of places, or non-places. All of this with the aim of getting new generations involved in the study of these buildings with an inquisitive mind, in the hope of revealing the huge possibilities they offer.

Visitors to this exhibition are not only confronted with merely architectural issues such as reuse, but also with a kind of review of very recent European history - all illustrated by the means of the video produced by Urmo Vaikla and Jaan Tootsen. 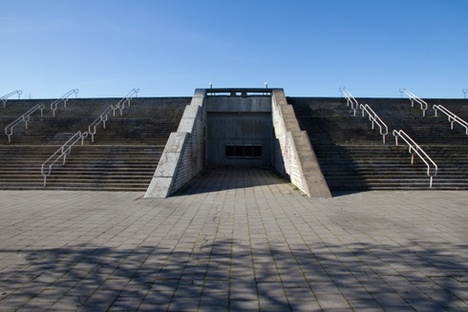