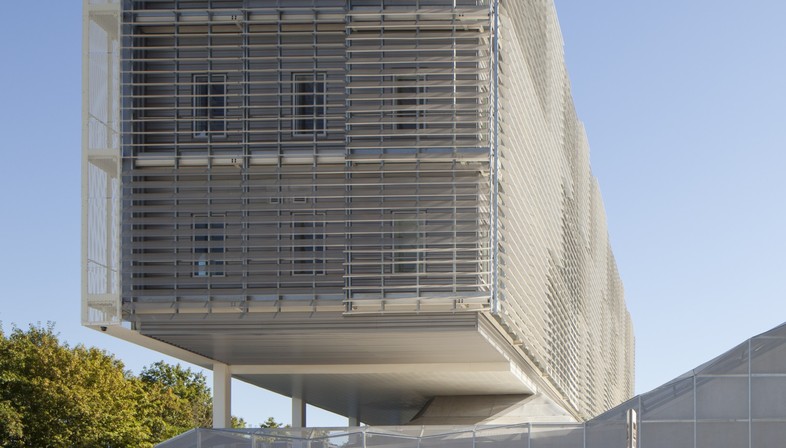 Block architectural studio designed Etoile, a new research centre at Évry Val de Seine Scientific Centre. Block’s project won the design competition for the facility for its ability to create an iconic building that would fit into the Évry district’s fifty-year programme of architectural experimentation, including works such as the Arènes de l’Agora by Jean Perrottet (1975), the Cathedral of the Resurrection designed by Mario Botta in 1995 and the Buddhist pagoda by Phong Luu Tran (2016). 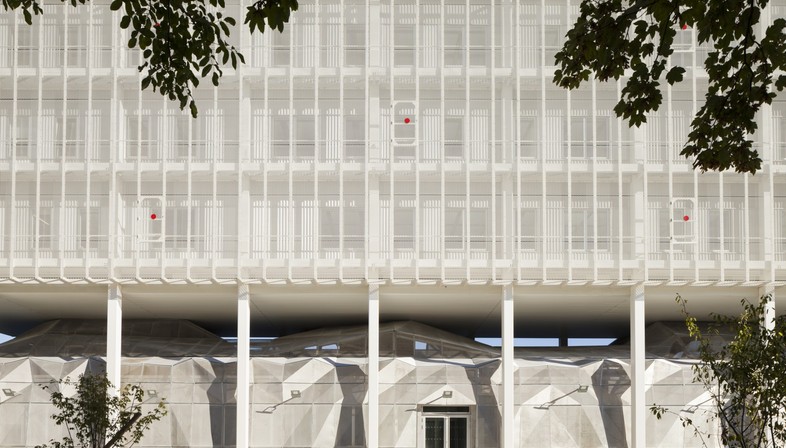 Etoile is built in a strategic location stitching the city back together: the facility stands on an important traffic artery that divides the city in two and will in the future become an urban boulevard with cycling paths and public transport. In this setting, the new research centre forms a new urban icon composed of a “landmark” building and a base, two separate volumes containing the centre’s principal functions. The first volume, its organic base, is prevalently horizontal and contains public spaces for communication, promotion and exploitation of the work that goes on in the centre, such as start-up incubators and co-working spaces. The second volume is a 21-metre high frame structure recalling elements of modernist architecture, such as the continuous façade, a nod to Denise Scott Brown and Robert Venturi’s projects. The idiom in which the architects work in this iconic building mediates with the work that goes on in the research and innovation laboratories it contains. 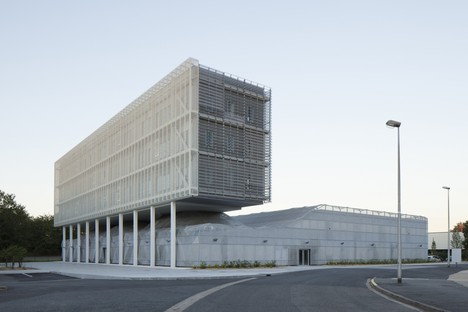 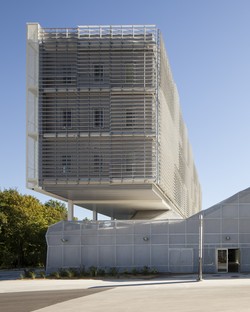 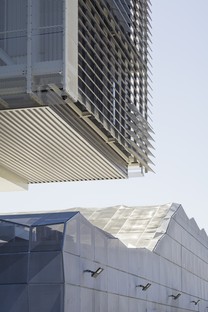 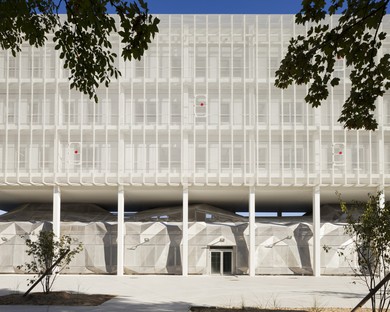 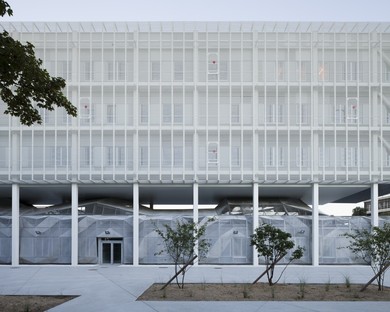 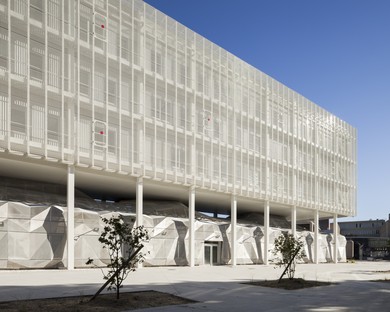 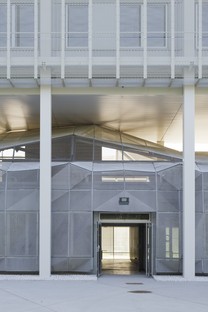 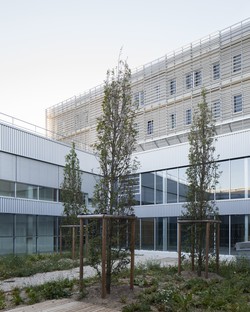 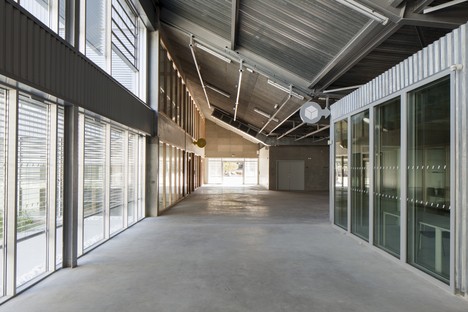 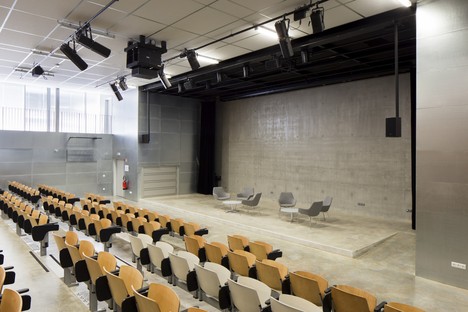 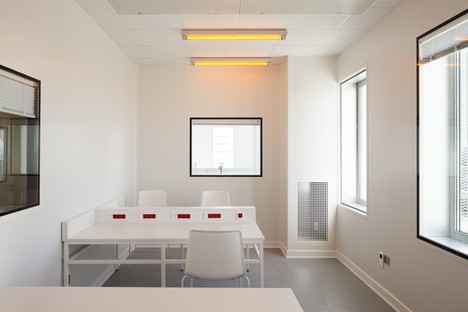 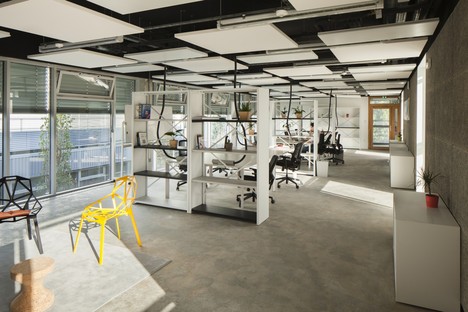