The BIG-Bjarke Ingels Group presented Toyota’s Woven City, the first urban incubator in the world. The project designed by the famous architecture firm founded by Bjarke Ingels is a real urban laboratory, an "interwoven" city for experimenting with new mobility, autonomy, connectivity and artificial intelligence systems. 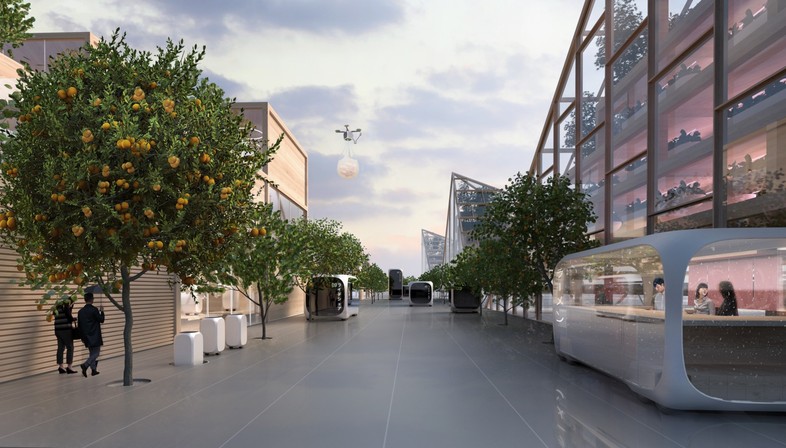 A futuristic and hyper-technological city, where people can experience all the latest discoveries related to mobility, could soon become a reality! Toyota’s Woven City, the world's first urban incubator designed by Danish architecture studio BIG for the Japanese multinational, was presented at the Consumer Electronics Show (CES) 2020 held in Las Vegas from January 7 to 10. The famous architecture firm founded by Bjarke Ingels designed what will become a real urban experimentation laboratory. A smart city or, as it was named, a Woven City, an "interwoven" community where new mobility, artificial intelligence, connectivity and robotics systems, all powered by a hydrogen infrastructure, will be experimented with in a real environment. People, vehicles and buildings will all be connected and will communicate with each other through new digital systems and sensors. Toyota’s Woven City will indeed be a prototype city of the future, as well as a real city in every respect. During the initial phase the Woven City will have approximately 2,000 residents, with researchers, engineers and scientists who will be free to test and experiment with new home and city-focused smart technologies. 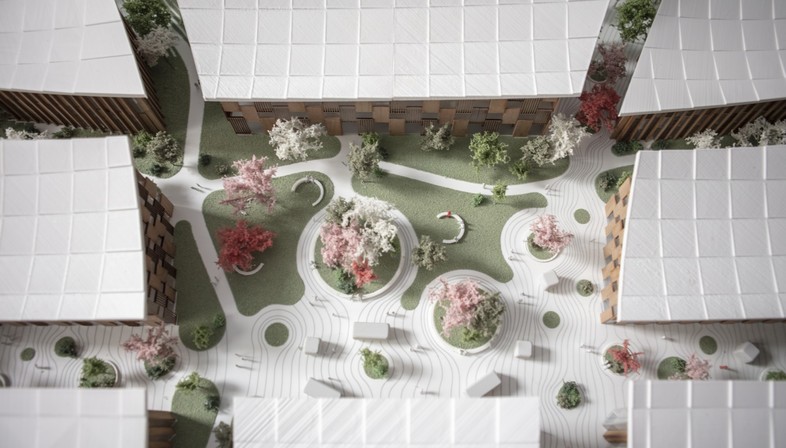 The Woven City will be built on a 70-hectare former industrial area in the city of Susono, in the Shizuoka Prefecture (Japan), not far from Mount Fuji. The BIG studio designed the masterplan for the city, with construction set to begin in 2021 and to continue in different phases. The city will be an advanced carbon-free ecosystem powered by renewable sources such as solar and geothermal energy, as well as using a hydrogen fuel cell technology. An underground network will make it possible to completely hide infrastructure from the residents’ view.
The word "Woven" used in the name of the city comes from the flexible network of roads that intertwines and defines the urban layout. But it is also a tribute to Toyota’s history, company that originates from a looms manufacturer. The city’s road network project is based on three different needs: those of vehicular traffic (with faster, driverless vehicles), those related to micro mobility (bicycles, scooters and other devices) and finally those of pedestrian traffic. Three different types of roads will intertwine inside the 3x3 blocks that make up the city’s urban fabric. Toyota is directly involved in the design of vehicles for the first two types of roads with the Toyota e-Palette, a driverless vehicle, and the so-called I-Walk, a device for integrated mobility in pedestrian areas specifically designed for the project. Architects designed a third type of road that is fully dedicated to pedestrians. It is actually a linear park, where nature becomes predominant making for a pleasant walking experience. The purpose of these routes is in fact to build ecological corridors connecting the nearby Mount Fuji and the Susono Valley, creating a deep connection between the city and its territorial context. 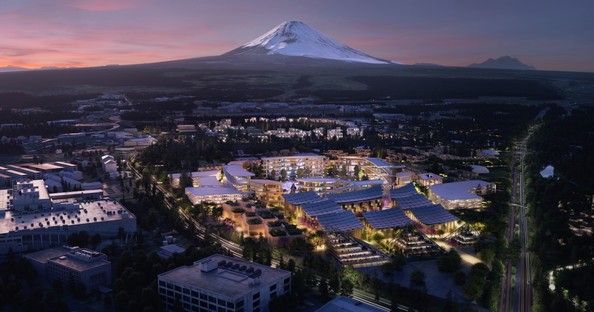 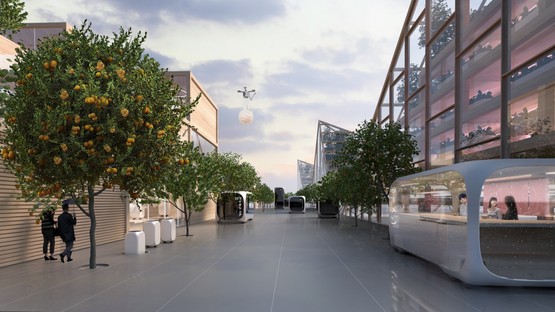 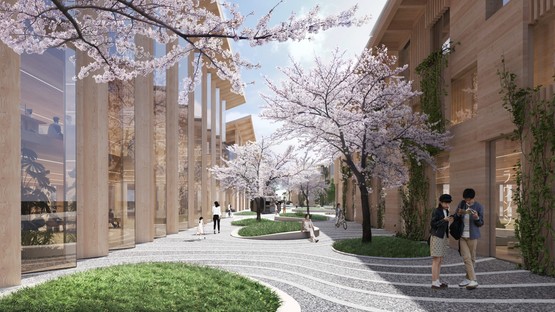 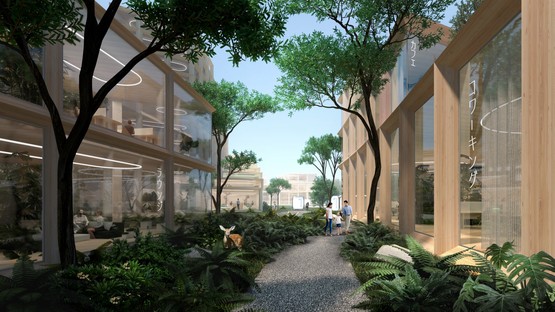 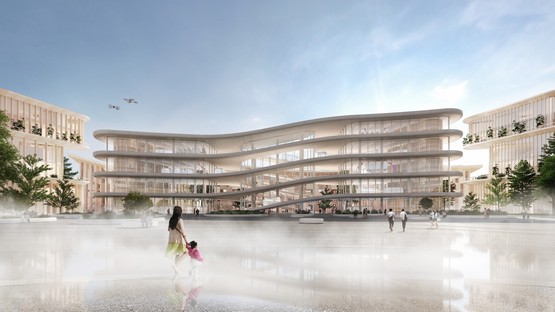 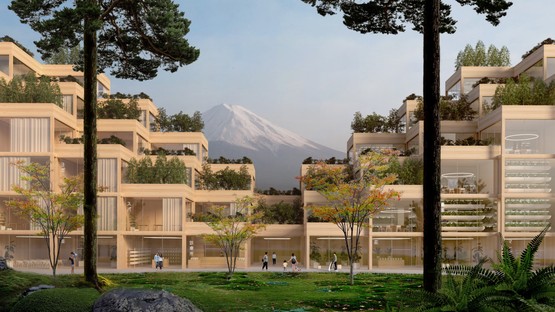 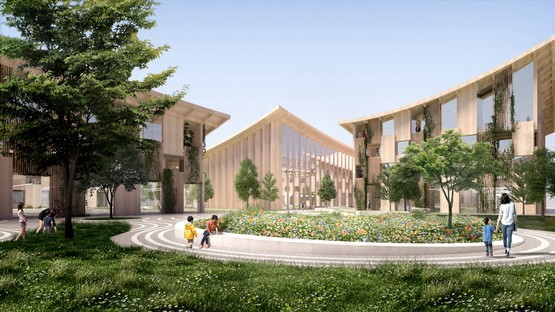 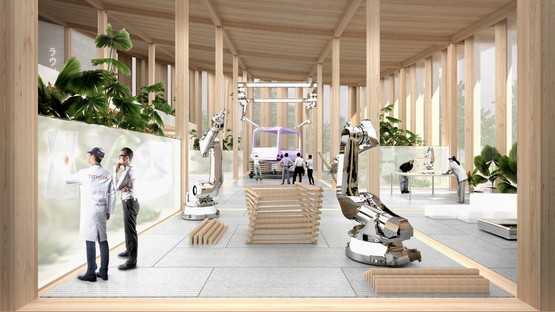 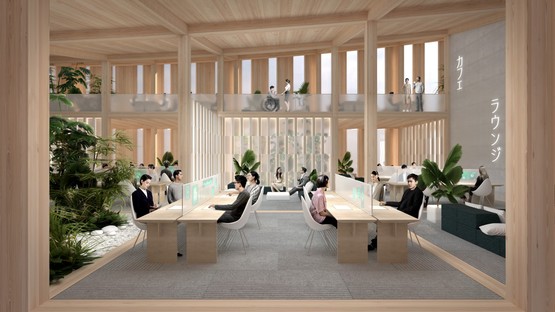 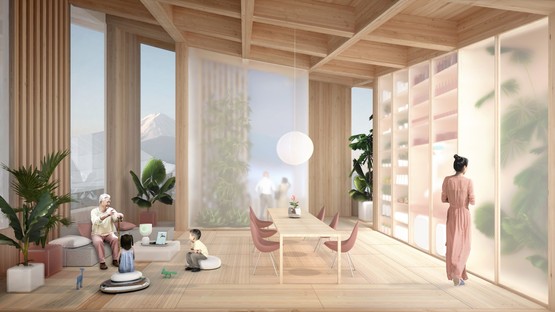 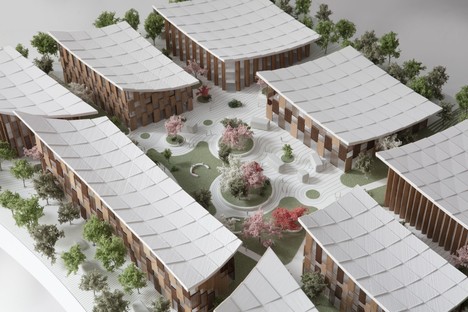 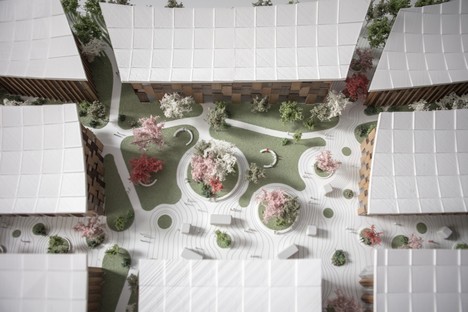 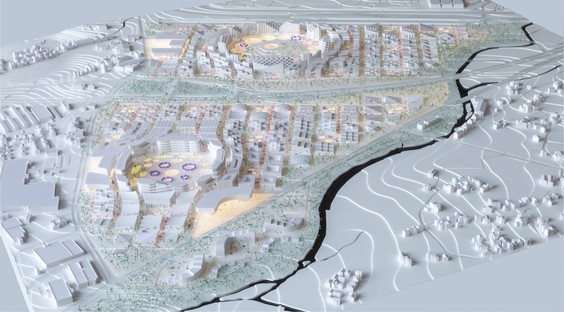 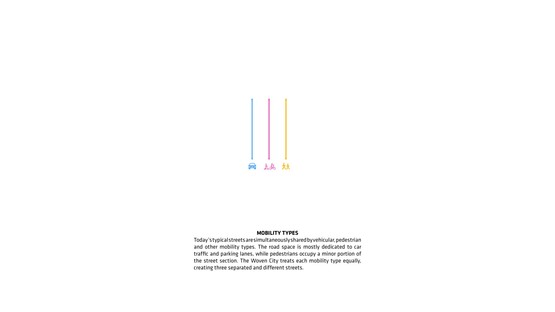 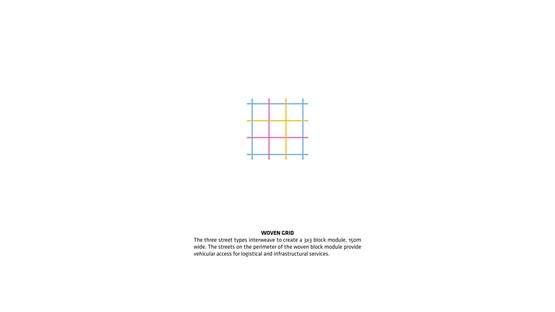 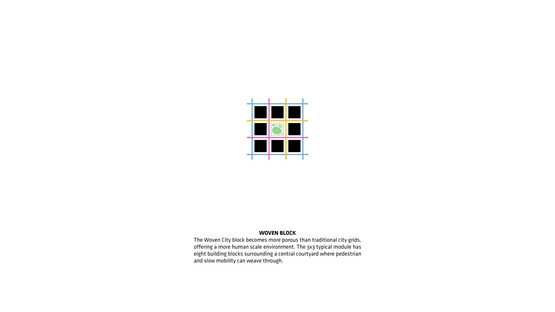 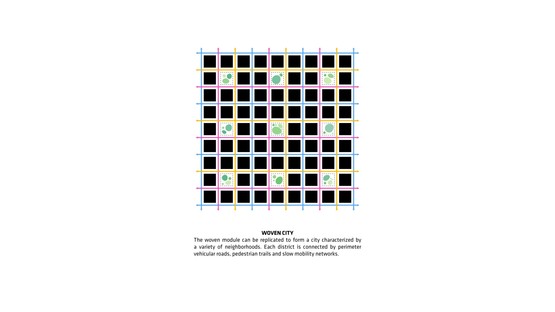 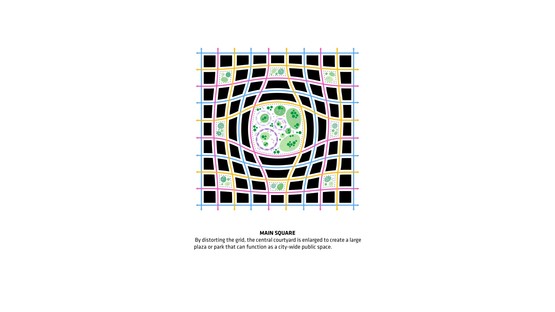 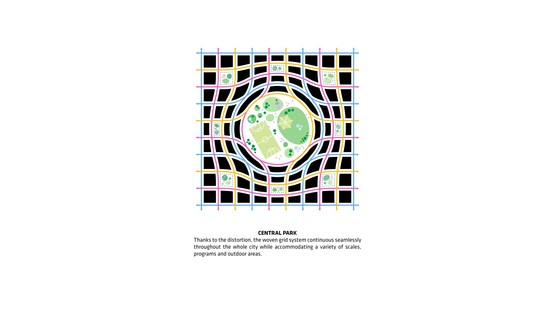 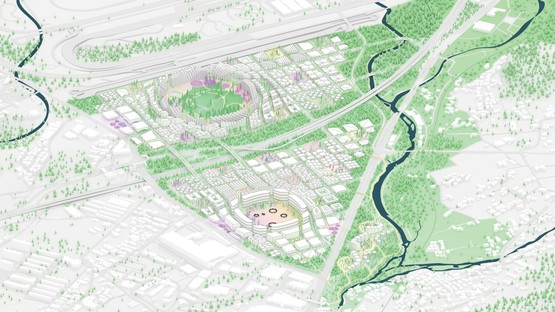