The Vitra Campus in Weil am Rhein, Germany, is enriched by a 'new' historical building: the reconstruction of the Umbrella House designed by Japanese architect Kazuo Shinohara in Tokyo in 1961. 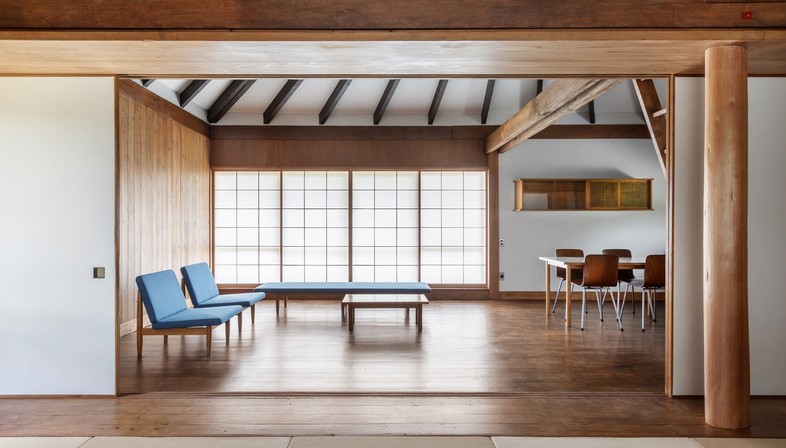 The Umbrella House designed by the architect Kazuo Shinohara and built in 1961 in Nerima, a residential district of Tokyo, has been saved from demolition and rebuilt at the Vitra campus in Weil am Rhein, Germany. The house was one of the smallest and last remaining residences of what Kazuo Shinohara himself had referred to as the early style of his architectural work.
Having passed away in 2006, Kazuo Shinohara is considered, together with Kenzo Tange, to be one of the most prominent Japanese architects of the second half of the 20th century. Although little known internationally, his work has influenced architects such as Toyo Ito and Kazuyo Sejima. In each of the four styles into which he divided his architecture, Kazuo Shinohara addressed different themes and challenges. For the Umbrella House, for example, he was inspired by traditional Japanese architecture, using simple, inexpensive materials, and for the first time transferring some typical characteristics of temples to residential buildings. This is the case with the pyramidal shape of the roof from which the name of the house derives. The building in Japan was set to be demolished to allow for the construction of a road, but thanks to Vitra's interest and joint work with the Tokyo Institute of Technology it was saved. In summer 2020, the house was carefully dismantled and securely packed for onward shipment to Germany. Reconstruction at the Vitra campus began in September 2021 and was recently completed. The house has an area of 55 square metres and consists of a kitchen with a dining table, a living room, a bathroom and a room with tatami mats. This slightly elevated room can be separated from the living room by the "fusuma", the characteristic sliding doors of Japanese residential architecture, here decorated with prints by the artist Setsu Asakura. The prints, as well as the furniture in the house, were all made to the exact specifications of architect Kazuo Shinohara. From summer 2022, the Umbrella House will allow visitors to the Vitra campus to experience modern Japanese architecture up close, becoming the third example of a historical building to be housed on campus. 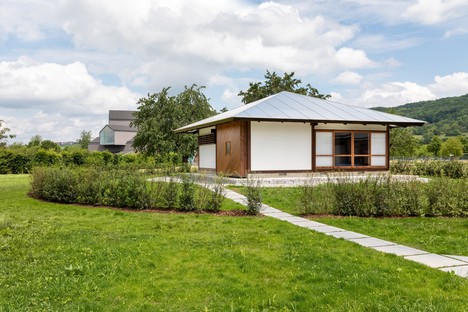 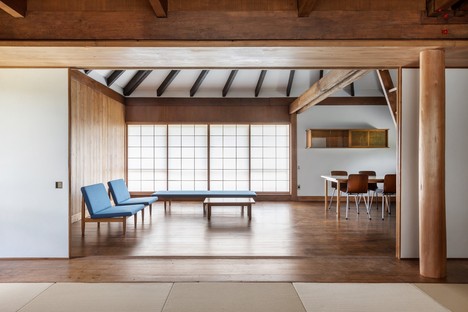 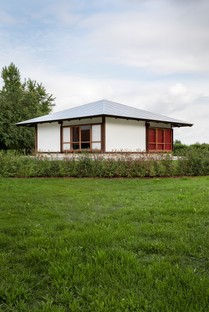 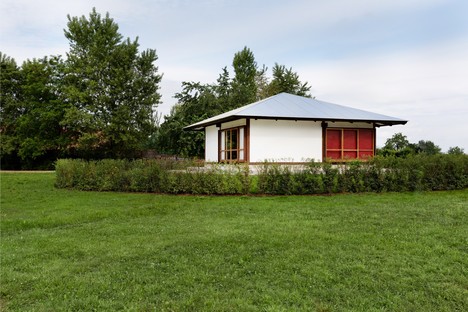 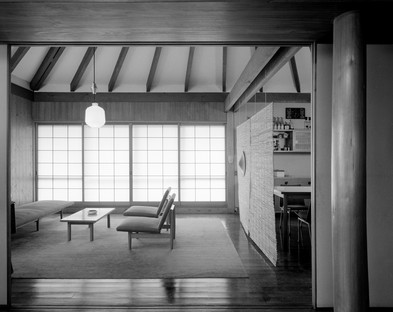 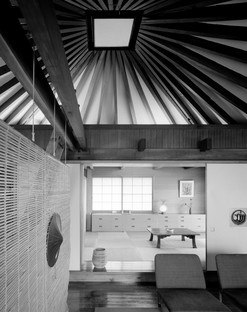 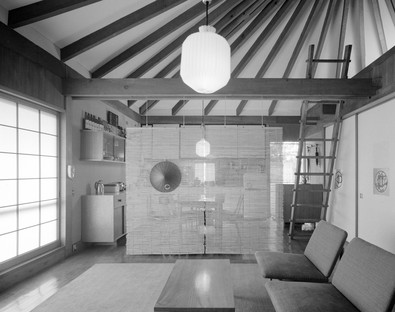