The transformation of the Robert L. Bogomolny Library designed by Behnisch Architekten is an architecture project that respects the original design of the building and its historical memory. The Behnisch Architekten studio will be the protagonist of a new episode of The Architects Series, the cultural initiative promoted by SpazioFMG per l’Architettura, Iris Ceramica Group’s gallery in Milan. 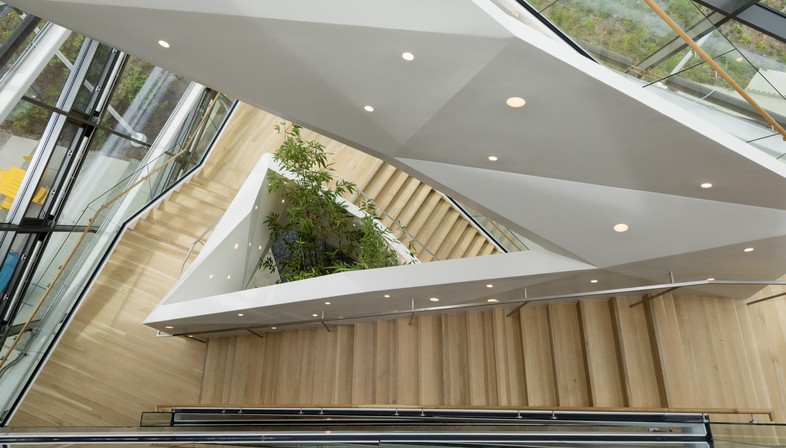 Behnisch Architekten, the German studio based in Stuttgart with various international branches, is the protagonist of the tenth episode of The Architects Series, cultural initiative created by The Plan magazine for SpazioFMGperl’Architettura, exhibition gallery and showroom in Milan owned by Iris Ceramica and FMG Fabbrica Marmi e Graniti, leading brands of the Iris Ceramica Group.
The Behnisch Architekten studio was founded in Stuttgart in 1989 as a branch of Günter Behnisch’s Behnisch & Partner. In 1991, under the guidance of Stefan Behnisch, the firm became independent. On September 19, Architect Stefan Behnisch will attend the launch of the tenth episode of The Architects Series, holding a lecture entitled "Architecture for a more sustainable future". Through the lecture and the documentary film produced by the The Plan magazine, attendees will be able to fully immerse themselves in the original way the Behnisch Architekten studio approaches and realises its projects, examples of sustainable architecture in constant dialogue with their natural and urban context.

An example of the Behnisch Architekten studio’s modus operandi is the renovation and transformation project of the Robert L. Bogomolny Library in Baltimore (United States). The new building respects the memory and the history of the original design, built in 1965, while at the same time transforming it into a contemporary library, incorporating new technologies and creating flexible spaces able to meet modern study and research needs and to accommodate other types of initiatives and events. The building, located at the intersection of Maryland Avenue and Oliver Street, is a short distance from Baltimore Pennsylvania Station (or Penn Station) and from other important landmarks inside the University of Baltimore campus.
The architects respected the original aspect of the building: a floating box that preserves the library’s many treasures. The glazed ground floor makes it possible to perceive the upper volume as detached from the ground and suspended. On the west side of the building, the space that previously housed an auditorium was transformed into a Glass Hall, an element that clearly distinguishes itself from the existing building, including geometrically, and becomes a notable urban landmark along Oliver Street, emphasising to any passer-by the significant change in the life of the library. Clearly standing out from an urban point of view, the Glass Hall becomes a strong and welcoming symbol of the University's commitment to the city. From an architectural point of view, on the other hand, this glazed and inclined element creates new visual axes and informal work and meeting spaces, flooded with natural sunlight. Its transparency and brightness are enhanced by internal glass wall partitions, while its geometry favours internal circulation by visually and directly connecting the different levels. The flexible layout of the building, with its large transparent windows, has helped reduce the impact of the restorations on the original structure, as well as keeping the costs low. The Glass Hall becomes the architectural representation of a new way of using the library, where the key principles are study and interaction. 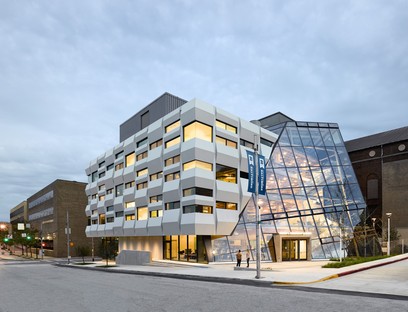 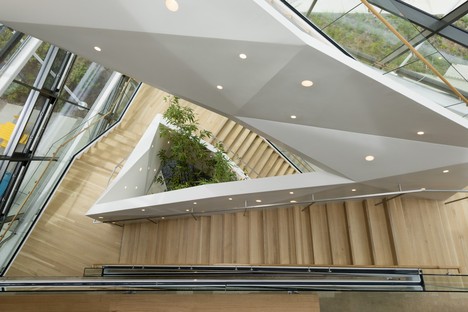 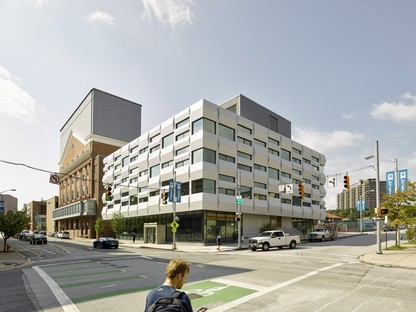 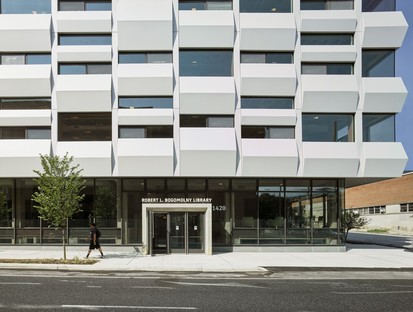 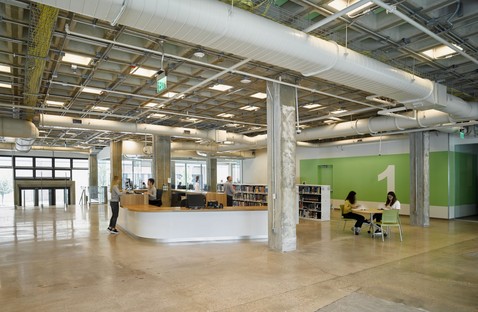 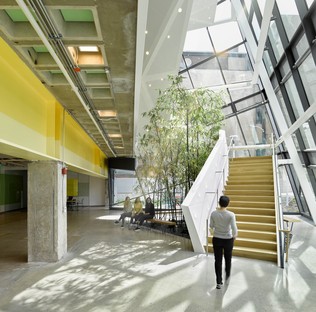 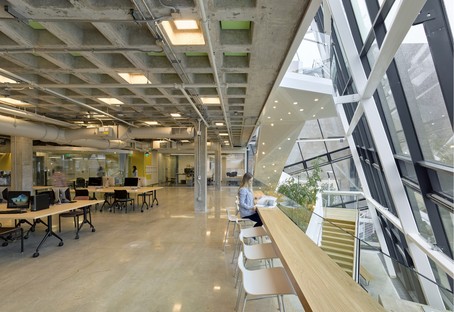 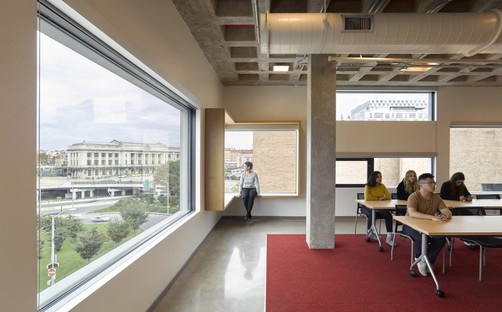 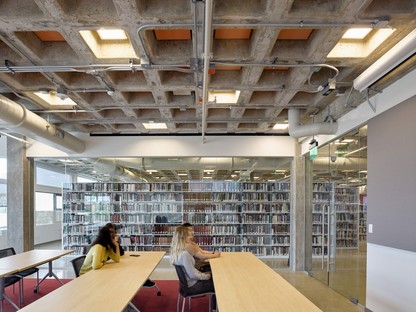 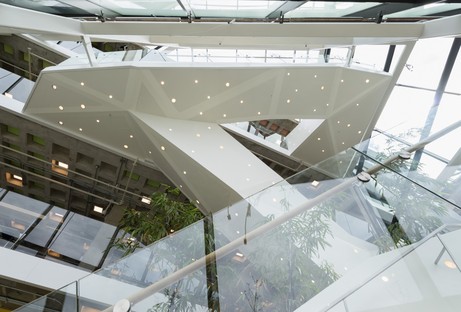 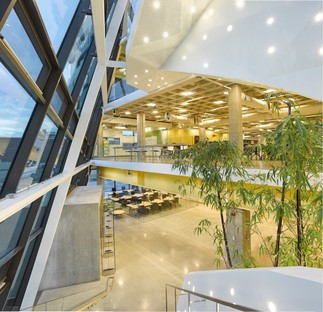 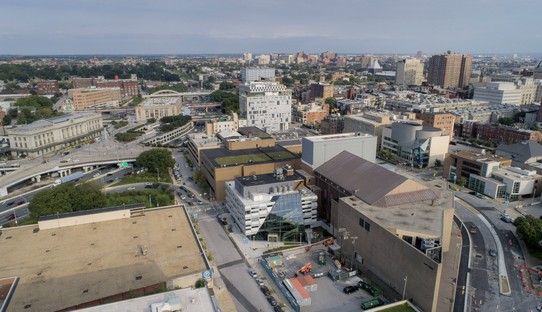