The Village will be a new student centre at Johns Hopkins University’s Homewood Campus in Baltimore. The international design competition closed recently and a special evaluation committee including students, faculty and staff from the famous American university chose the project submitted by architectural studio BIG. 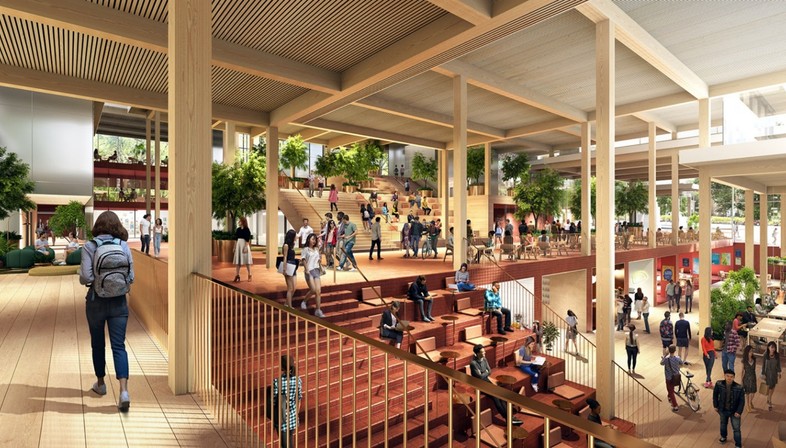 BIG, the architectural studio founded by architect Bjarke Ingels, has won an international design competition for "The Village", the new student centre at Johns Hopkins University’s Homewood Campus in Baltimore. The famous historic American university already has projects under way with famous international architectural studios including Renzo Piano Building Workshop, designer of the Stavros Niarchos Foundation Agora Institute in Baltimore, and Ennead Architects, SmithGroup and Rockwell Group, commissioned for the conversion of the Newseum in Washington, DC.
BIG’s project was chosen by a special evaluation committee including representatives of the students, faculty and staff of Johns Hopkins University. In the final stages of the competition, in the month of June 2020, more than 1,200 people participated in a survey assessing the projects submitted by the four finalists. This large-scale participation was justified by the fact that the new centre will not play a merely “academic” role but, according to Ronald J Daniels, President of Johns Hopkins University, will be open to everyone, with flexible spaces inviting connection and collaboration among people with different roles and tasks.
The Village will therefore satisfy the need for spaces for relaxing and socialisation and for creative and artistic performances. The project also includes a 200-seat performance hall, student services, a lounge, a digital media centre and a dynamic cafeteria accessible directly from the new plaza on Charles Street. BIG’s innovative idea does not respond to the client’s requirements with a single building, but with an entire village composed of spaces of different sizes responding to the differing needs of the community of people at Johns Hopkins University. In terms of landscaping, the new centre will be constructed to the south of the big lawn referred to as "The Beach" at the intersection of 33rd Street and Charles Street, naturally becoming the new gateway to the campus and connecting the university with Charles Village, the nearby neighbourhood where over 3,500 students live.
The architects describe The Village as an evolving mosaic, a set of volumes that fit into one another, cascading down the slope of the hill to create an internal landscape through which the characteristic red brick paths of the Homewood campus pass. The flexible spaces designed by the architects will be organised and arranged around four renewed public spaces: a common area for events, the Grove paths, the entry plaza at 33rd Street, and the new food market and plaza to the south. 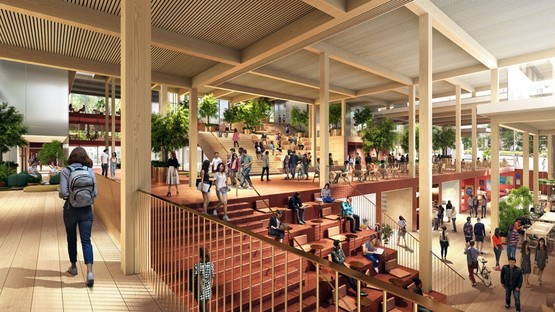 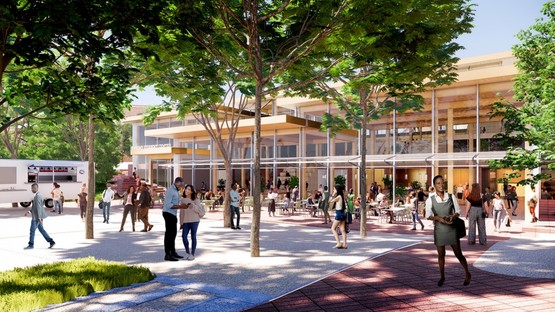 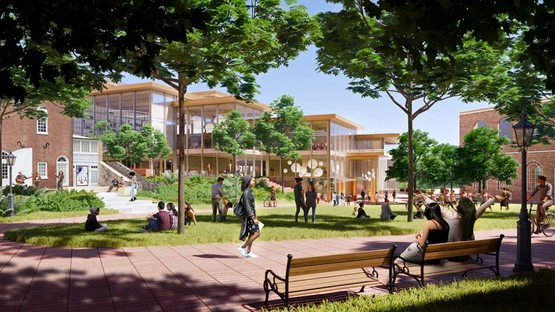 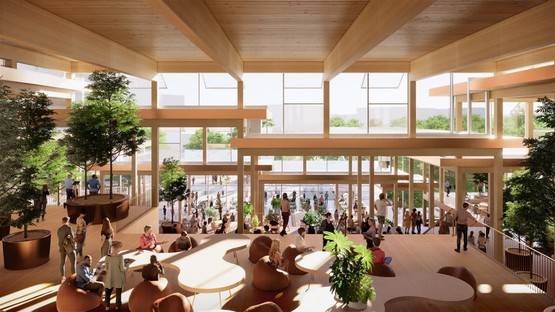 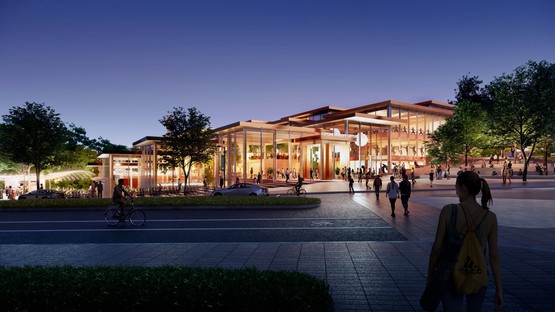