That House in Melbourne offers Austin Maynard Architects an opportunity to reflect on the concept of the home common among the Australian people. Andrew Maynard’s That House reduces built space and underlines perceived space. 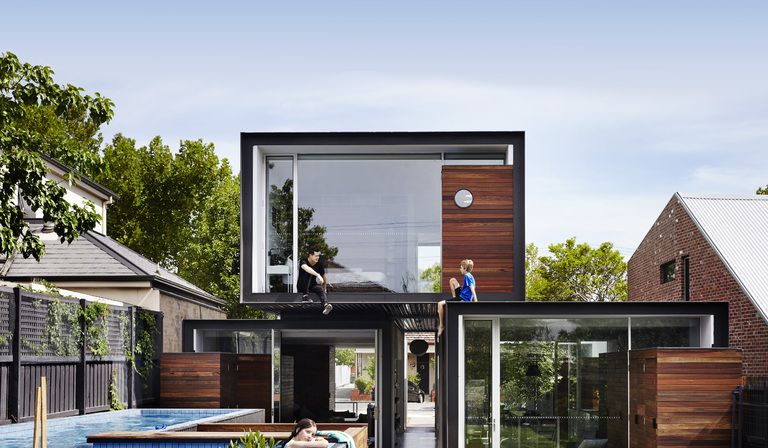 In That House in Melbourne, Austin Maynard Architects take an architectural model of the home which emerged out of anthropological observation and develop it in response to the issue of land use. As an introduction to the design of That House, Andrew Maynard says that the average Australian citizen wants a large house, seeing size as synonymous with wellbeing and comfort. A stable economy and a flat topography have made this a concrete reality, to the point that Australians live in the world’s biggest houses. The recent behavioural studies Maynard refers to emphasise that unjustified use of land, which is by nature not an infinite resource, and population growth have resulted in the disappearance of the boundaries of urban areas (developed because they are served by utilities) with occupation of arid land which was in the past considered unsuitable for development. This phenomenon has led to greater public spending, as it is becoming necessary to cover greater distances, and increased consumption of resources such as water and electricity. Private citizens have also suffered increased costs for transportation, maintenance and climate control. This model has given rise to the metropolitan sprawl that so often provides fertile ground for delinquency and abandonment, and is negative for both the community and the environment.

That House is not exactly a small house (as it stands on a lot measuring about 500 sqm and has a total floor space of 255 sqm), but it is small by the standards of the city of Melbourne, as we have seen. And the exercise performed in the project is making the house look even larger than it is with a series of compositional features that make the most of spaces and their relationship with one another.
The building stands on a long piece of land bordering other residential lots to the east and west. Like the homes on either side of it, it stands in the centre of the lot, leaving the front and back of the house free for use as a garden. But instead of building a monolithic block on multiple levels, the project breaks up the living space into three volumes, two of which stand side by side with the third placed above the other two, shifting them one onto the other so as to create spaces which have a relationship with each other rather than separate volumes arranged in a row. The useable floor space is of course reduced, but it acquires quality, creating spaces between buildings which can be used in a number of ways, for instance by creating rooftop patios on the volumes at ground level which are accessible from both bedrooms, to the north and to the south.
None of the spaces is really closed in on itself; they all keep an eye on the rest of the world, whether it be the interiors, with spaces where functions flow into one another and influence each other, or the outdoor space constantly visible through the floor-to-ceiling windows on the northern and southern walls.

The house is designed as a straight connection between the two portions of greenery, the entrance garden and the pool at the back. On the ground floor, a dual series of wardrobes made of spotted eucalyptus wood running along the inner walls on the windowless sides, the two walls facing the houses to the east and west, determine the functions of each area: kitchen, living room, pantry, study, etc., and moveable dividing walls or work surfaces can be used to separate or join spaces. 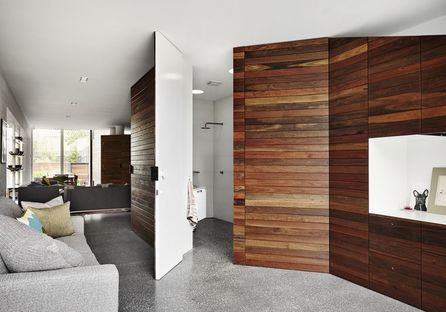 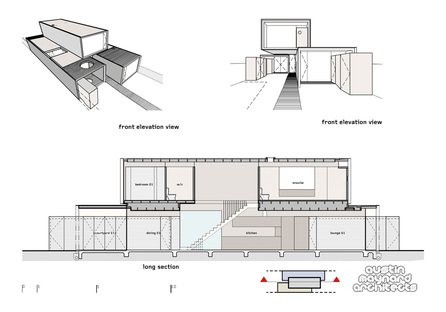 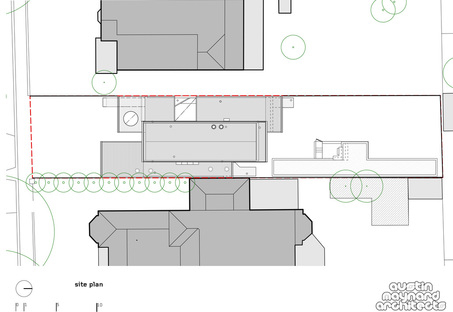 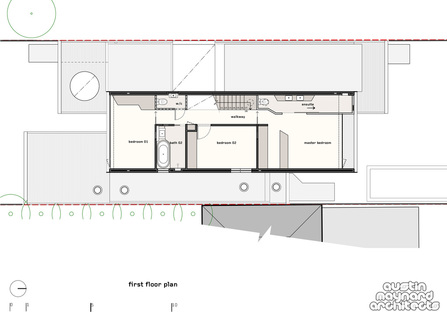 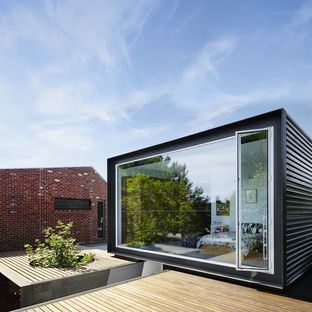 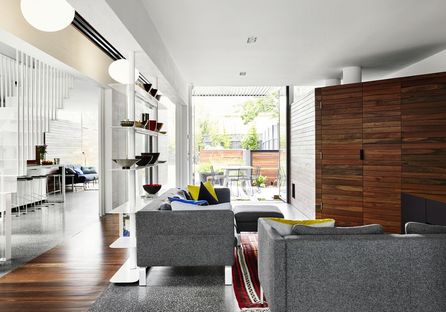 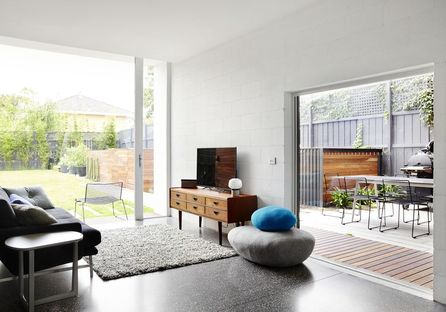 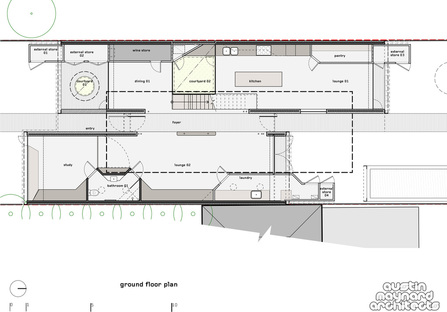 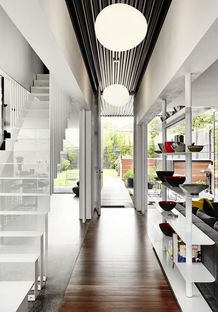 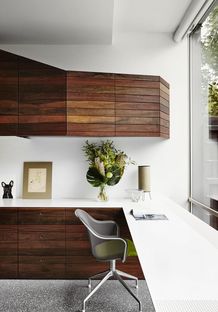 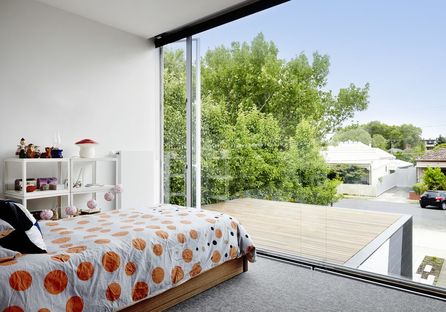 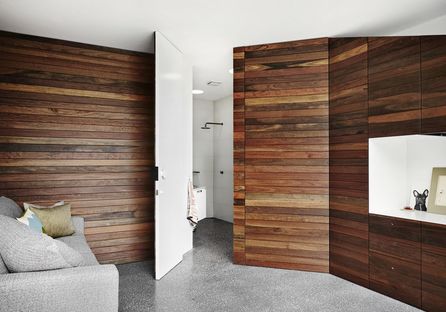 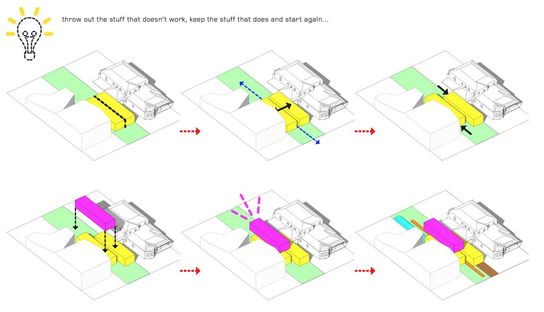 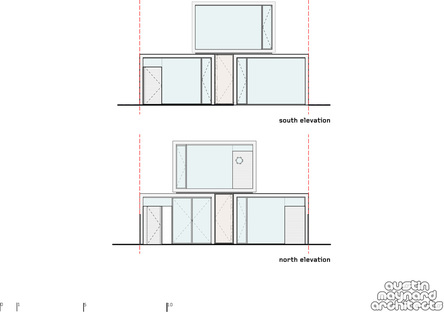 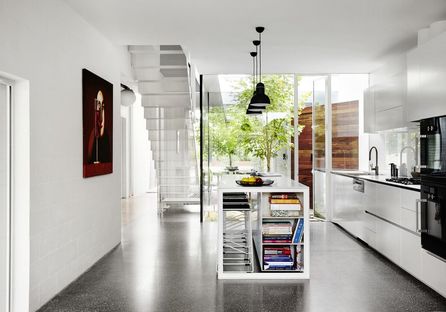 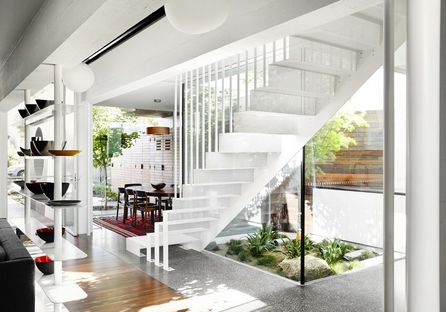 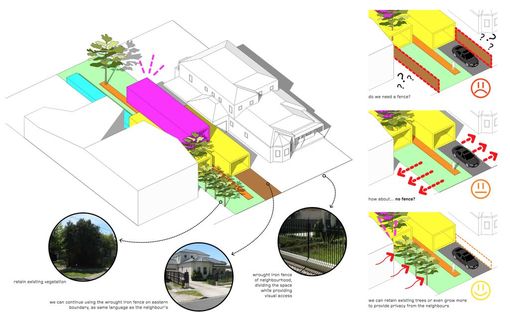 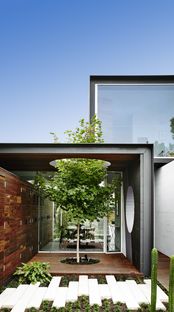 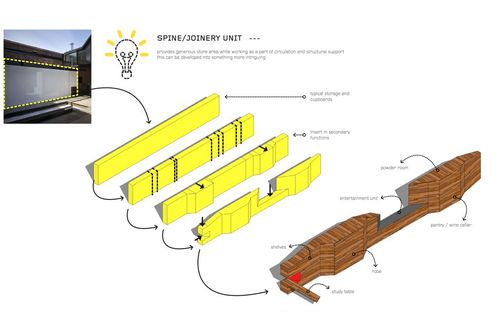 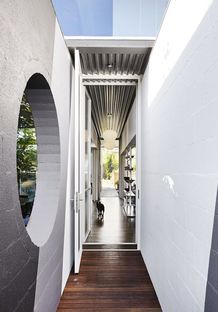 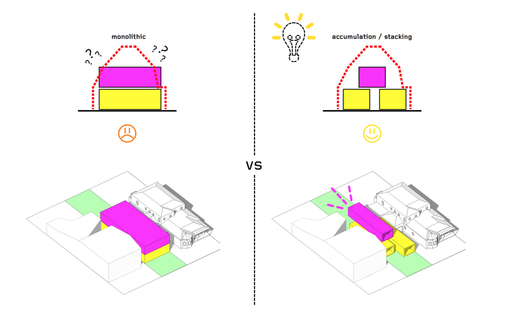 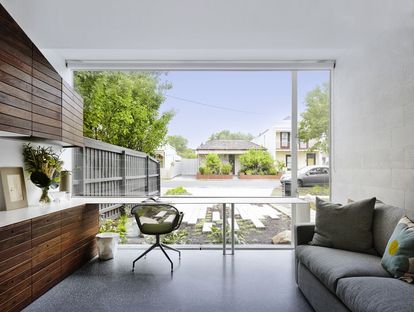 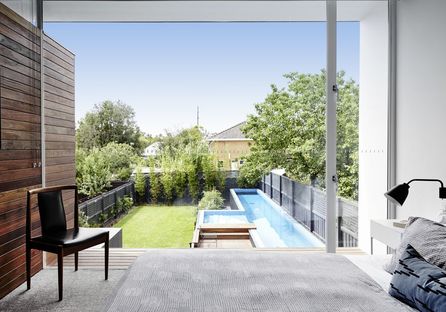 Extension on a home in Melbourne