On September 18, the “Attraverso le Alpi” exhibition opened its doors in 10 different locations, a photographic series commissioned by the Associazione Architetti Arco Alpino, which examines the transformations of the Alpine landscape. The photographic reportage was created by the Urban Reports photographers collective and consists of 274 shots which illustrate the transformations that have taken place along the Alpine valleys of the entire Italian Alps, from the French to the Slovenian border. 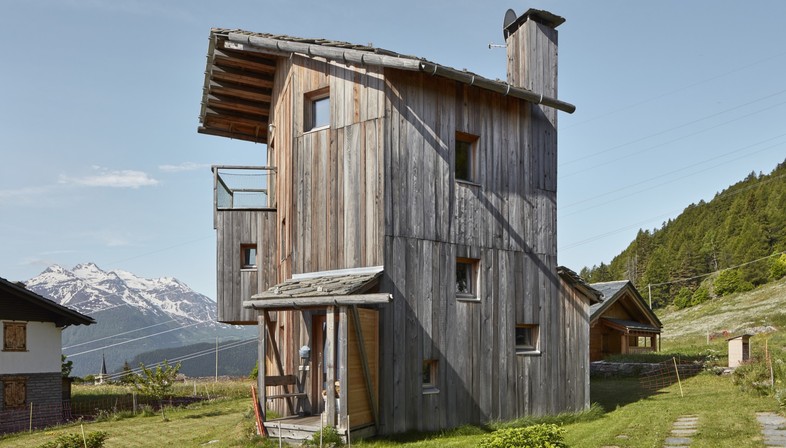 Aosta, Belluno, Bolzano, Cuneo, Novara VCO (Novara and Verbano-Cusio-Ossola), Sondrio, Trento, Torino, Udine and Vercelli: the 10 Italian provinces, listed alphabetically, hosting the contemporary exhibitions titled "Attraverso le Alpi" (Across the Alps). The photographic series, commissioned by the Associazione Architetti Arco Alpino (AAA) and featuring images captured by the Urban Reports photographers collective, examines the transformations of the Alpine landscape. Ten Italian provinces that cover the entire Italian Alpine arc, from the French to the Slovenian border. A territory that has undergone major transformations, illustrated through the 274 shots taken by the collective along the roads and trails of the Val Tanaro (CN), Val Chisone (CMTO), the Saint-Nicolas valley (AO), Val Sermenza and Val d’Otro (VC), Val Divedro (NOVCO), Valmalenco (SO), Val di Rabbi (TN), Val Martello (BZ), as well as the areas between Cadore and Comelico (BL) and Val Canale (UD). The photographic exhibition adds another element to further shape our understanding of the Alpine territory, while giving continuity to the project undertaken by the AAA association since 2016-17 with the Architettura Arco Alpino Exhibition contest. On that specific occasion, the reading and interpretation of alpine landscapes was captured through the architecture of the 246 projects created and presented for the contest. The photographs document the use of the territory and testify “the dialectical and evolutionary relationship between man and the environment in which he lives”, as underlined by architect Alberto Winterle, president of the Association.
The images tell the story of a landscape which through its towns, infrastructures, crops and livestock farms, and more generally through all the various signs of the passage of man, shows the stories, cultures, ways of living and working that have stratified over time and that in some cases have become deep scars for a fragile and protected territory. A situation aggravated by the fact that the mountains are no longer seen as a “shared heritage” to be safeguarded and handed down, but as a product from which to make an economic profit. The immediate effects of this changed conception are land parcelling and an overproduction of holiday homes in the lower-middle valley and, on the other hand, the depopulation of entire communities or left with empty properties for long periods of time in the “highlands”.
Aspects related to the new forms of living constitute a first chapter of the photographic narrative presented by the Urban Reports collective. The second chapter, instead, focuses on production and is developed through images of the marks left by the exploitation of local resources (agricultural, industrial or extractive), which over time have shaped the territory. Those that we consider landmarks or land-art, marking the territory and today appearing as abandoned quarries, examples of industrial archaeology, empty structures and abandoned places, were once lively centres of production, of extraction of stone or metals. The last chapter of this photographic examination focuses on the “mechanisms“, in other words those interventions that render possible the coexistence between man and mountain. A collection of micro and macro infrastructures such as nets, guardrails, roads, bridges, overflow basins, speed bumps, retaining walls, parking lots, etc. Interventions, small and large, that shape the landscape, genuine actions of containment that man adopts towards nature.
The project pursued by the AAA association highlights how, despite the differences, the settled Alpine communities must face challenges and achieve common goals, following the examples of resistant communities, as well as pursuing the rediscovery and return to the “highlands”, considered as collective environmental assets. All this, while rethinking “the Alpine territory as an irreplaceable cultural landscape and common heritage”. 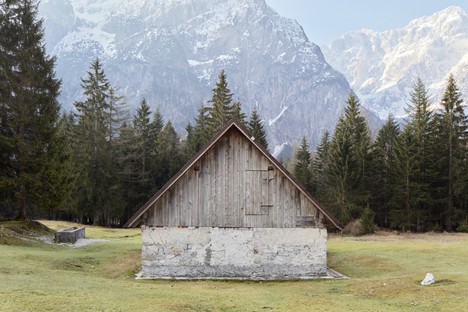 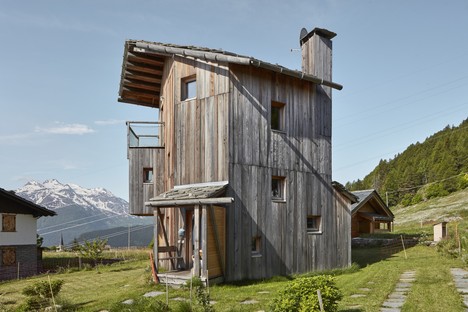 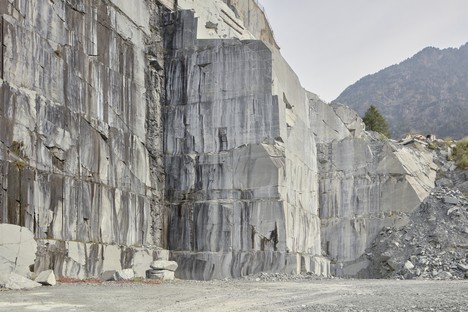 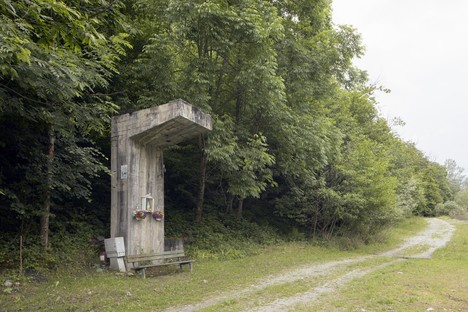 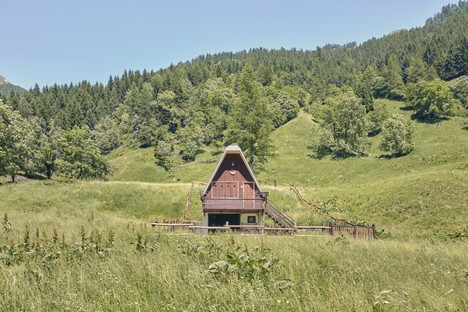 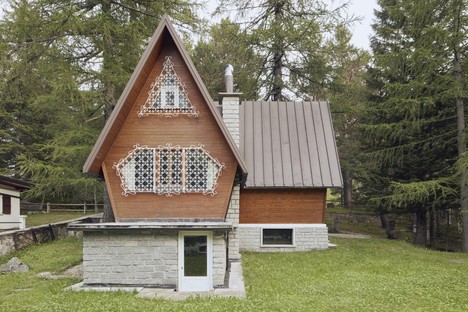 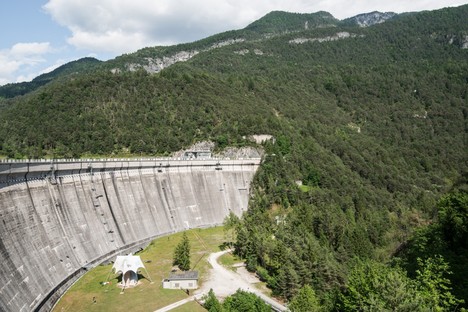 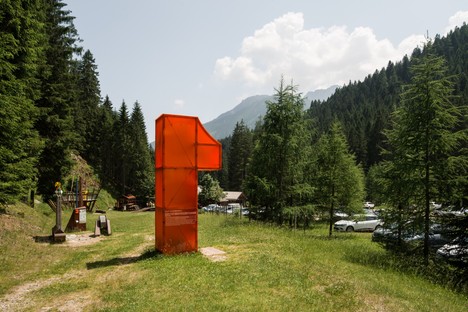 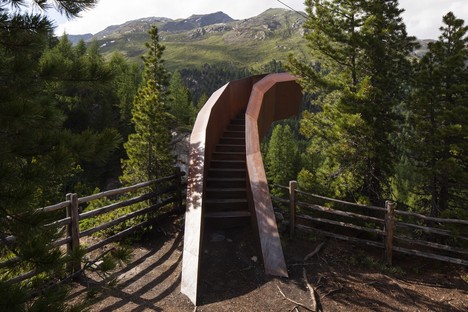 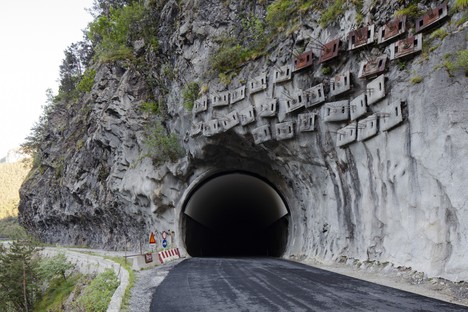 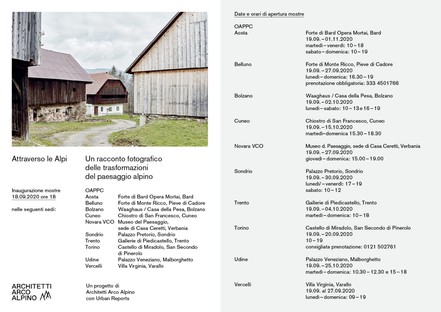 Bars and Bistrots around the world