WOHA architects’ Iluma Building will have an interactive multimedia façade, making it an influencer in its Singapore neighbourhood 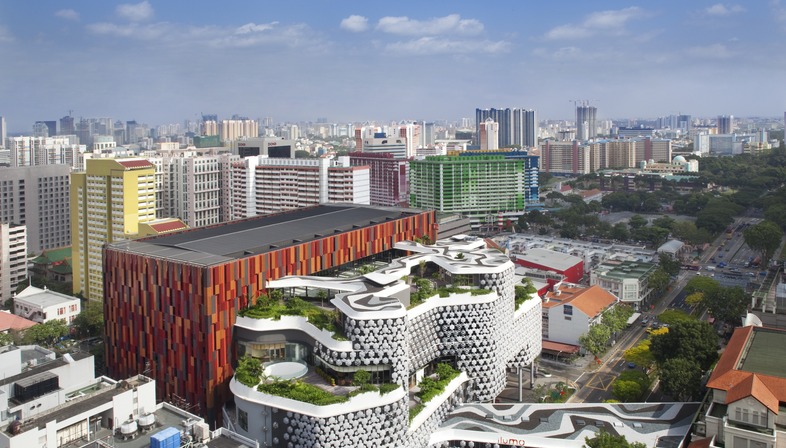 The façade of Singapore’s Iluma Building is characterised by faceted jewel-like fixtures, giving the neighbourhood a building that acts as an influencer for its inhabitants.
The architects of WOHA created an unusual building to add a touch of modern character to the district, not only with a breath-taking shape but with lighting and multimedia technology that makes the building a part of the inhabitants’ lives. Not only do the functions inside the building involve all the businesses in the area, with its shops and apartments, but the façade interacts with the public, and media artists, art school students and members of the general public can participate by projecting their own media onto the walls, transforming the building into a huge multimedia canvas the size of a city block. The architects wanted the building to create a sense of belonging for all levels on the social scale, giving the inhabitants the opportunity to be influencers in their own neighbourhood.
After all, the technology behind the building is well-known, and anyone can buy it, but this is not the case of the façade with its crystal-shaped fixtures, designed specifically for Iluma, including their low emissions light sources. This second part of the building’s outer surface is controlled by specially designed software for management of light at night. In this case too, the idea is to create a marker that makes the neighbourhood stand out, condensing multiple scenic aspects that never cease at any time of day or night. As an urban container, the entire construction is made up of a simply shaped volume covered with micro-perforated sheet metal in iridescent hues, ranging from red to brown, which acts as a backdrop for the hexagonal crystal façades that contain most of the building’s public functions. 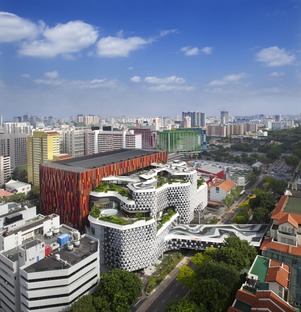 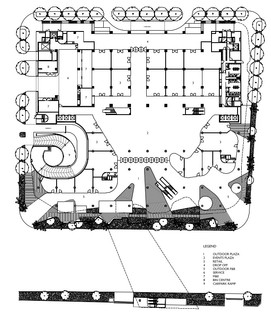 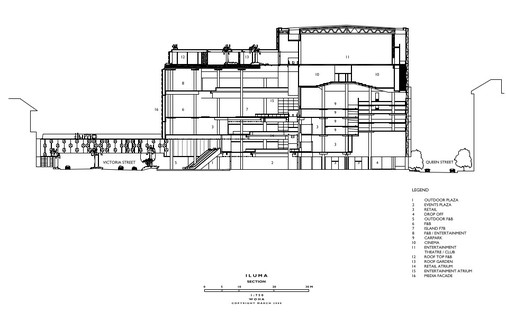 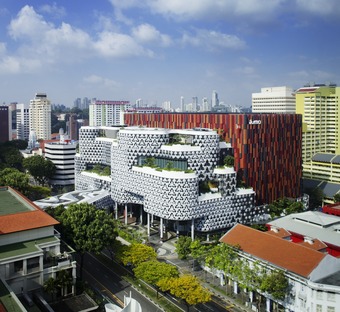 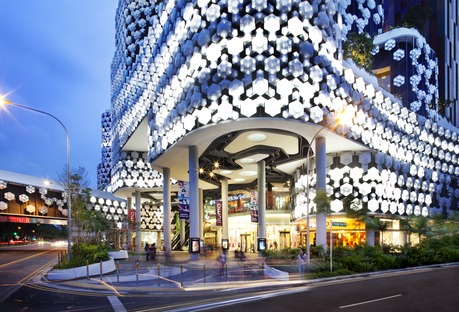 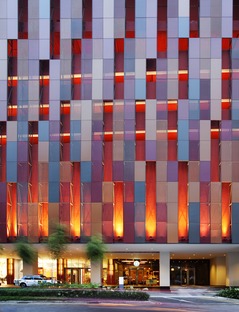 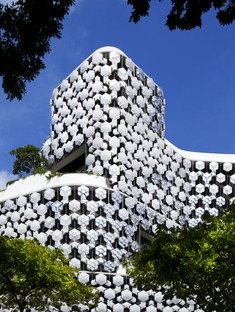 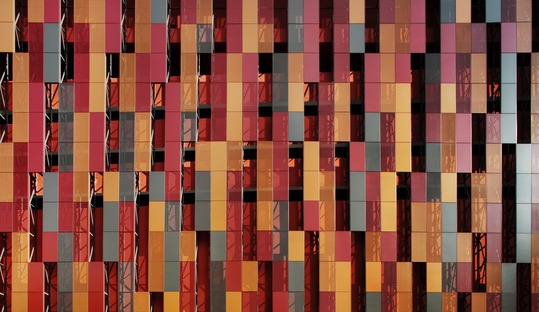 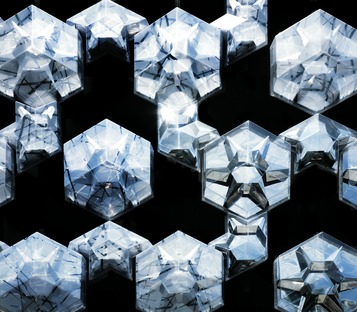 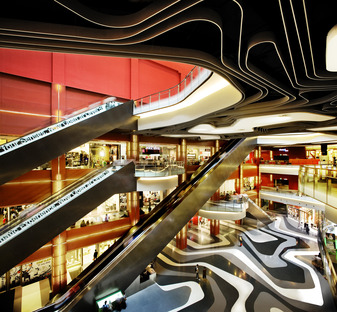 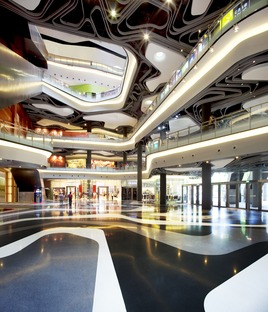 Ventilated façades or walls and cladding