Steel circles on the façade of Mecanoo’s Birmingham Library

The new Birmingham Library that replaces the old building is connected with the REP Theatre to create an urban landmark for the whole city, particularly young people, adding an interesting new project to Mecanoo’s curriculum 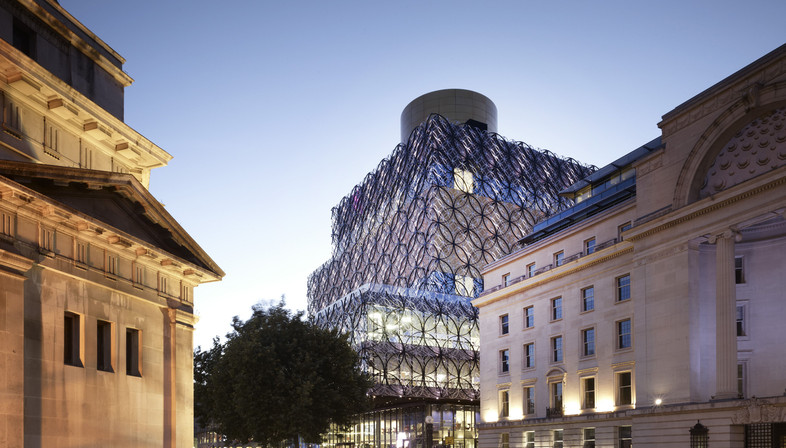 Other photos...
The glass façade of Birmingham library is covered with a decoration consisting of a repeated motif of steel circles of various sizes, breaking down this imposing volume and adding to the value of its architecture.

Birmingham is a young city, with more than 50,000 students, and so the local administration decided to redesign the city’s library to meet today’s new goals. The old library was a concrete building in a Brutalist style which gave it an unapproachable air. The design submitted by Mecanoo won the competition and the building now has a new face with a bold architectural impact.

A grid of interwoven white steel circles is attached to a glass curtain wall as if to form a decorative base, over which a second grid is then laid. This layer also consists of metal circles, but black, and with a larger radius, to break up the geometric monotony of the first layer. The result is addition of depth to overlapping surfaces for added originality and attraction. The building was to be reconnected to the nearby REP Theatre in an important ensemble forming the city’s cultural heart.

The new buildings are open and accessible at all times of day, something that was impossible before, with different connotations from the old building. Mecanoo planned a building that would be much more brightly lit than libraries normally are. Inside it is an empty cylinder collecting light from above, so that the reading rooms boldly jut out about 11 metres over the square in front of the building without frightening people standing under its two-floor volume. The stepped volume of light inside it rises up lightly throughout the library’s ten floors, showing its underbelly, normally hidden in libraries, allowing people to perceive what is going on inside the library and changing the concept of the city library as a “depository” of culture. 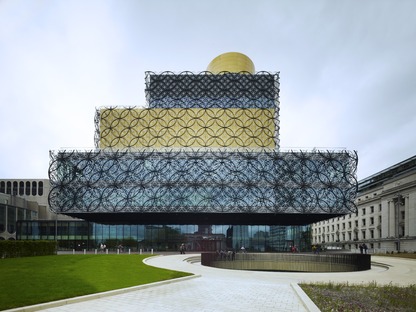 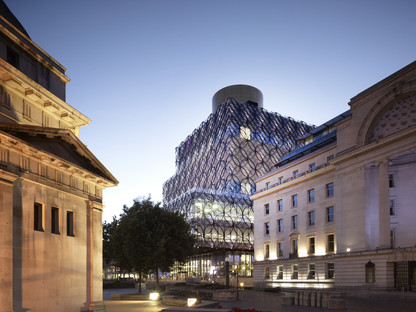 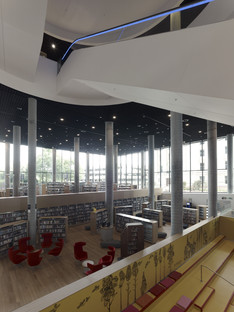 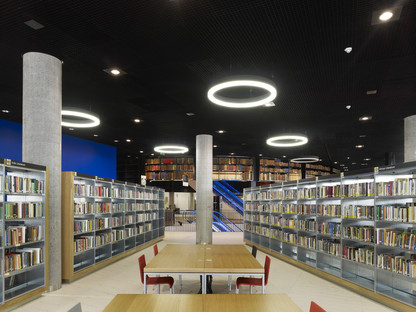 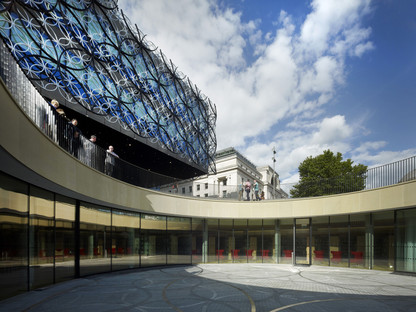 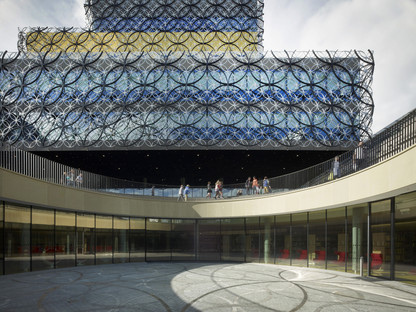 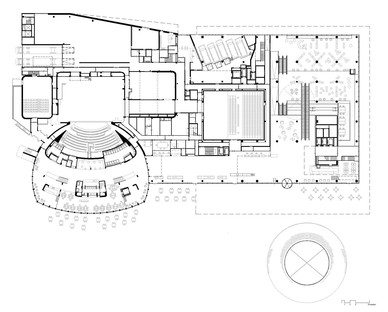 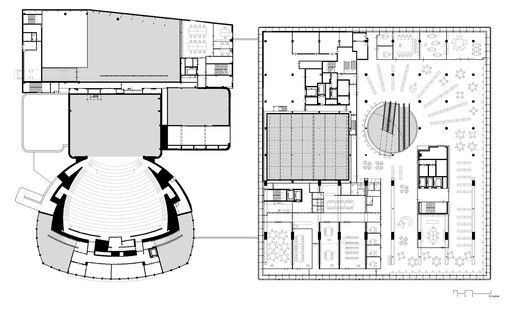 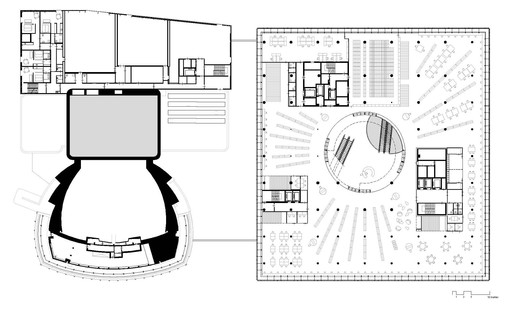 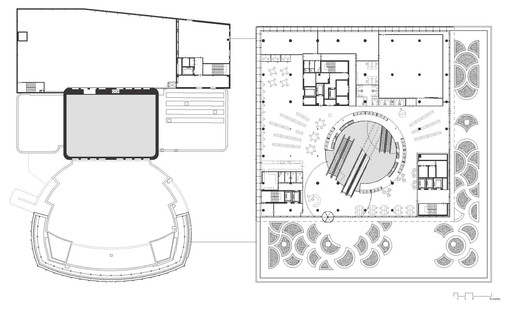 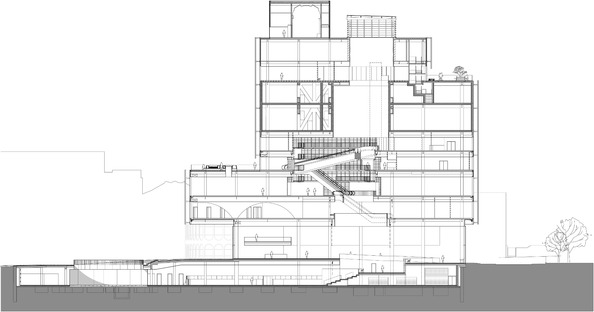 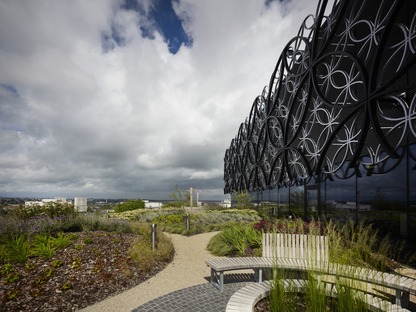 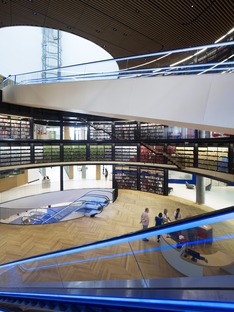 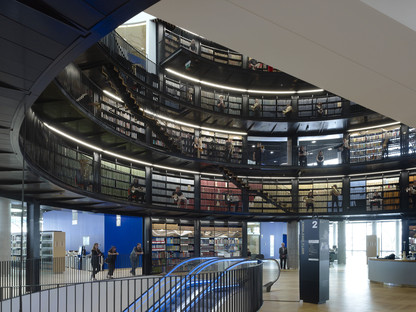 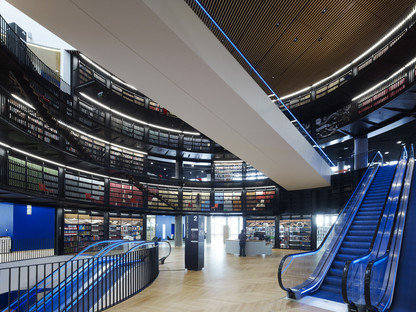 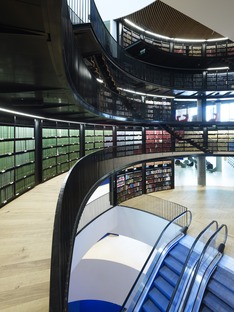 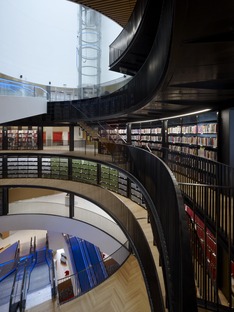 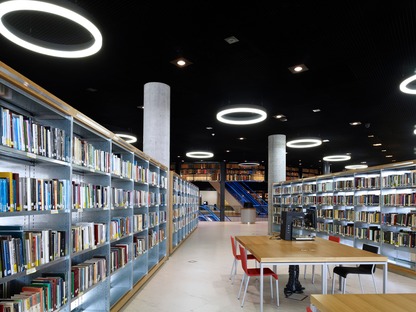 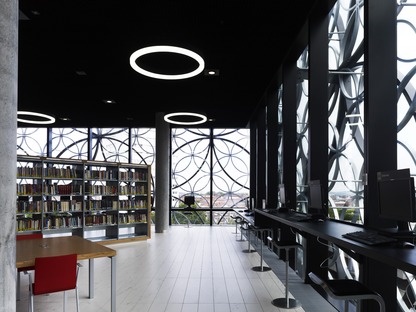