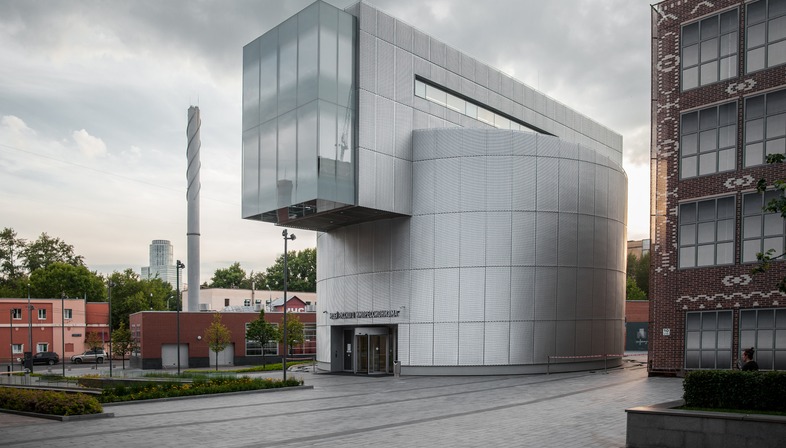 Moscow’s new micro-museum of Russian Impressionists measures just over 1000 sqm and is a concrete building covered with perforated aluminium.
Set on the site of a gigantic former chocolate factory in Moscow, the museum containing the works of Russian Impressionist artists is a very small building by the standards of today’s museums. Its cylindrical shape topped by an overhanging parallelepiped makes it look like one of the gears from the old pre-Bolshevik factory in which it stands on Leningradsky Prospekt.
McAslan Architects, who were in charge of the project, did not hesitate to construct the building entirely out of concrete, cast on site and covered with anodised aluminium cladding. While the choice may appear to clash with its surroundings, characterised by big rectangular volumes adorned with refined patterns in red and white brick, it actually achieves the goal of creating an attraction for visitors to the shopping centre now contained in the former factory.
The new museum has four floors, three of which are above ground and contain exhibition space for paintings, while the basement contains a cinema and other multimedia spaces.
The decision to make a building covered in metal with an overhang turned out to be a success, evoking a sense of contemporary identity which makes it stand out from its surroundings even while maintaining ties, however ideal, with early twentieth-century Russian Expressionism.
The final effect offers visitors an attractive exterior and a smooth, colourful interior in the tradition of Russian interior design, in which the rounded forms of the outside are appropriately combined with straight lines. The curved indoor staircase underlines the building’s identity as a cylinder, an architectural gesture made possible by a weight-bearing structure freed of inconvenient interior pillars. 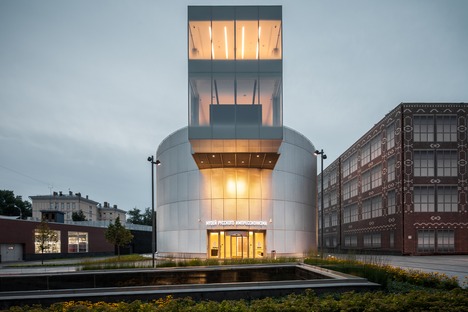 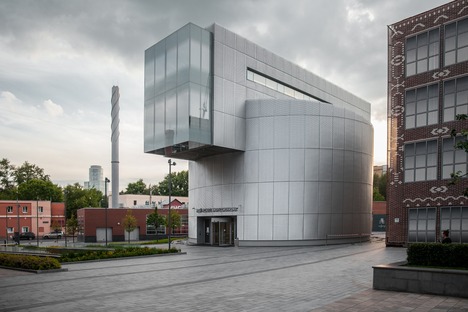 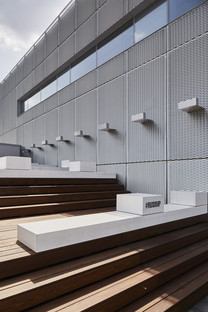 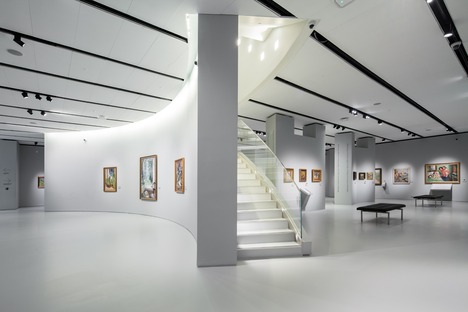 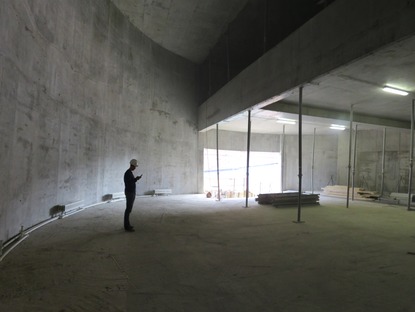 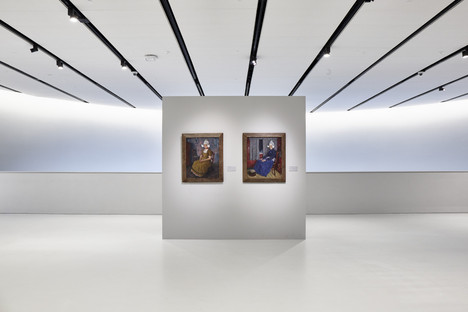 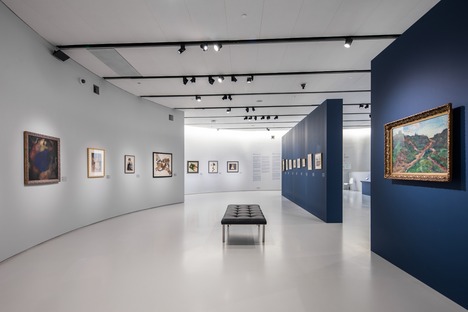 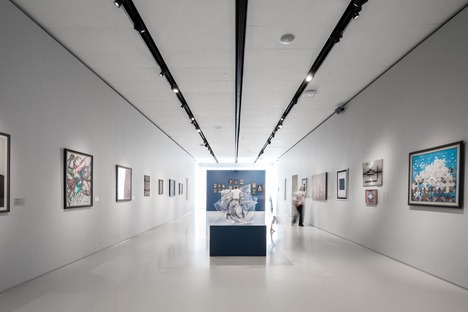 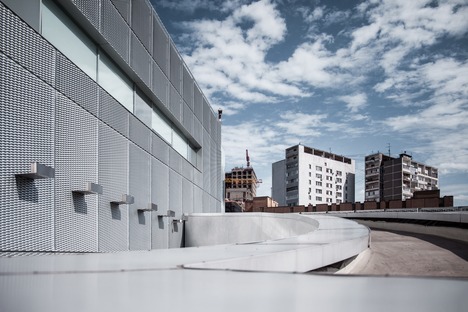 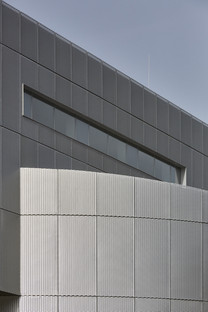