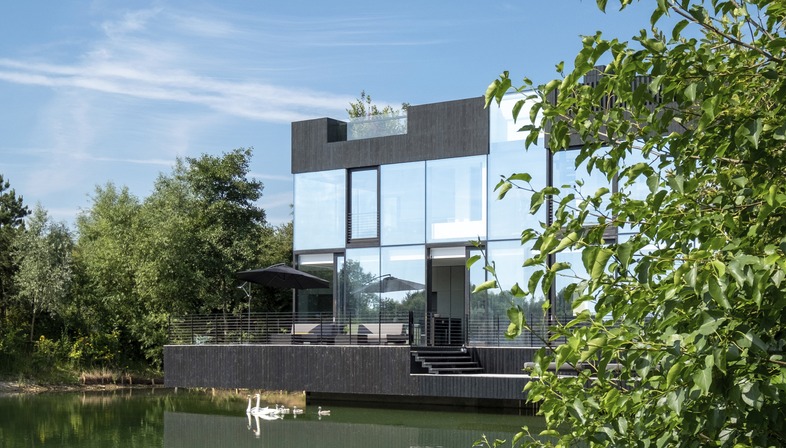 Standing on the water of the lake in the flat land near Lechlade-on-Thames, just outside Oxford, is a glass and steel house on stilts made by Mecanoo.
It’s unusual to find a house built on the water in the 21st century, but this one was built like a palafitte, directly over the water, with concrete poles and micro-poles. Its two levels above ground and glass and steel façade challenge the severe British climate by letting in as much sun as possible. The client wanted the house to dialogue with the docile lake via a water-level terrace.
To build such a poetic building, on a tub-shaped concrete platform, with its foundations immersed in the lake bottom, a steel frame was constructed, composed of three central pillars with ten pillars around its perimeter, representing the weight-bearing structure of the entire house. There are four pillars on the long walls, where the entrance is located on one side and the lake view on the other, plus two in the middle of the short walls, all held together by a horizontal frame composed of standard lightweight steel girders, to which a big structural glass façade is attached, running right around the building’s perimeter. The rectangular layout, measuring 15.88x11.05 m, is composed of profiles varying from the lightweight IPE270 to the heavier HEA280. The only exception is the stairwell, which, while making use of HEA 280 north-south beams, has two rigidifying plates only 150x20mm high, with the addition of two more IPE200 beams at the head points.
The wooden outer cladding, juxtaposed with the cold glass, also goes with the interior floors of big burnt wood planks. These give way to the grid of the heating system, while the electrical wiring and some of the light fixtures are concealed in a white false ceiling. 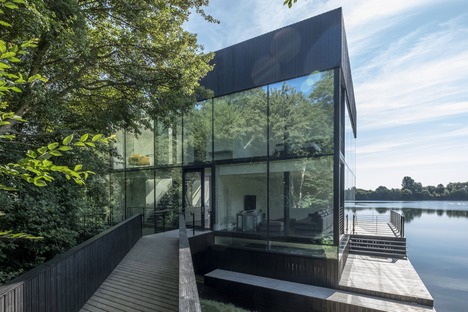 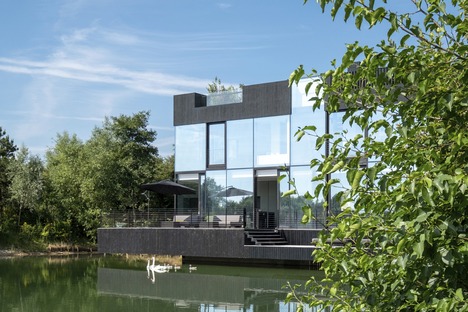 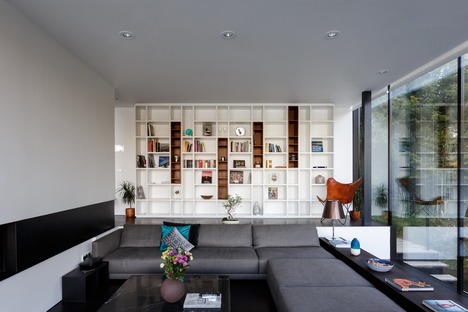 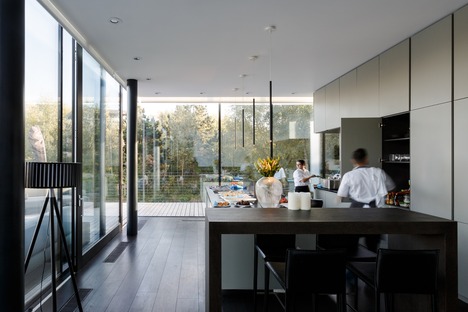 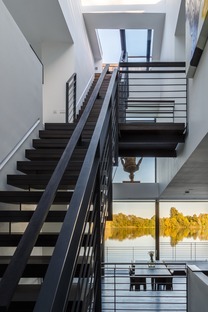 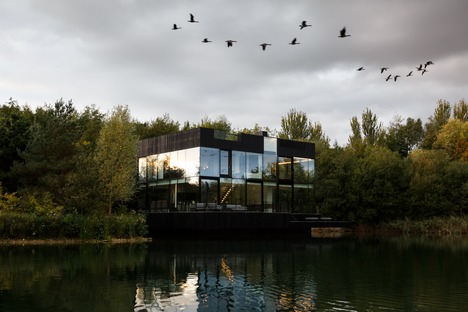 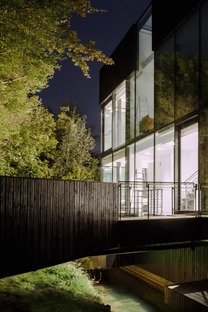 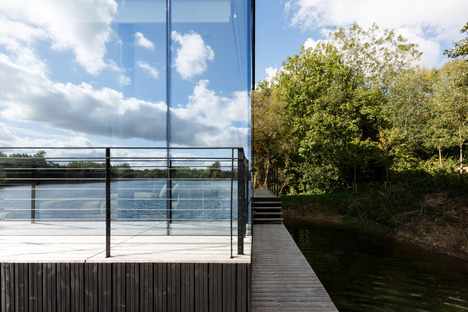 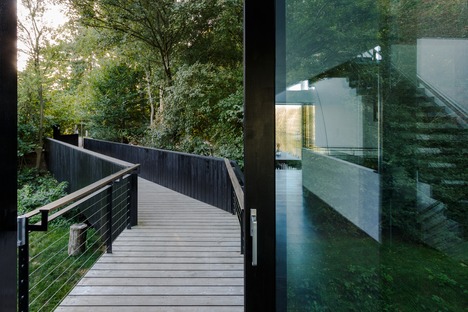 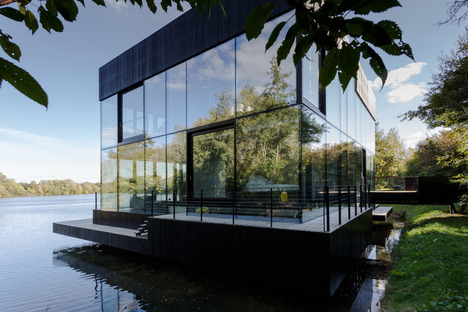 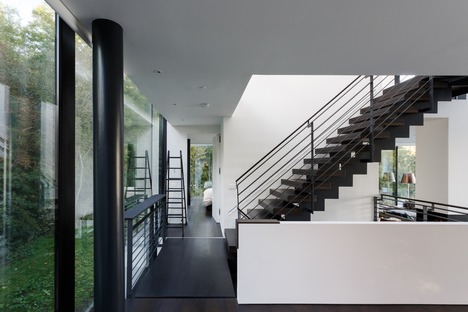 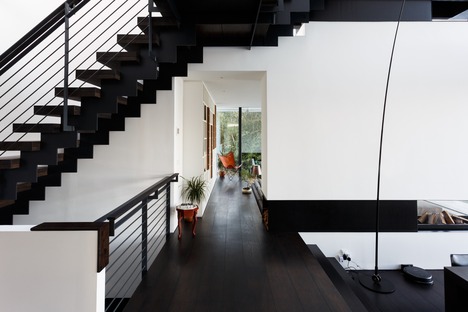 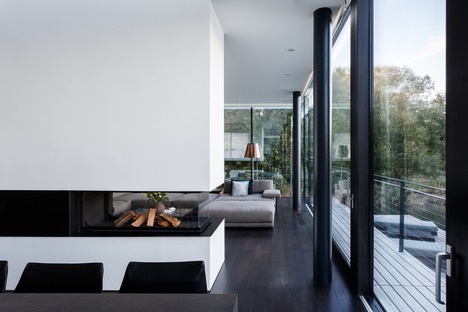