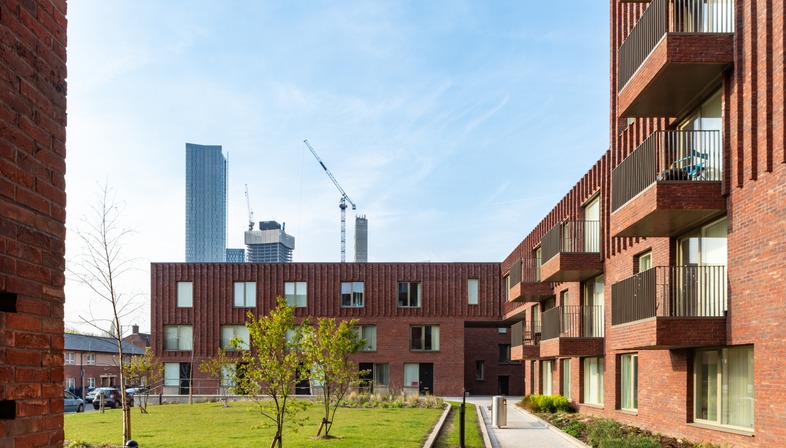 The city of Manchester has finally completed the urban renewal of the Hulme quarter, thanks in part to this brick residential building designed by Mecanoo.
This meek project is the result of a long process of urban development in which the site has seen a number of demolitions and reconstructions, now in their fourth generation. The original houses were demolished to make way for Victorian homes, which were in turn replaced by four large six-floor concrete crescents. These buildings, each housing a large number of families, were then demolished in the 1990s to redesign the district with projects on a smaller scale with a greater variety of constructions.
Mecanoo therefore designed an S-shaped building in which the materials, the size of the apartments, and the atmosphere of the place, cosy and easy to grasp at first glance, the sensation of finite scope and moderate ambition far removed from the grandiosity of many architectural projects, give the building and the area in which it stands a discrete sense of familiarity.
In detail, we may note that the only building material widely used in the project, brick, is used to create a number of different façade textures, obtaining original and prestigious effects while maintaining the beloved traditional English atmosphere.
The architects faced a single hurdle in construction: the underground structures belonging to the previous buildings, and so the structural engineers decided to create a plinth foundation apparatus that would be easily inspectable. Though a glimpse of the materials employed may suggest that the weight-bearing frame is made of concrete, in actual fact the architects opted for steel, which is much more agile and faster to install. The same applies to the infill of the outer façade, a sandwich board composed of a number of layers, the outermost one of which is brick. All this optimised construction, permitting rapid installation, while allowing the building to gain lightness and elasticity, an aspect unusual in brick constructions. 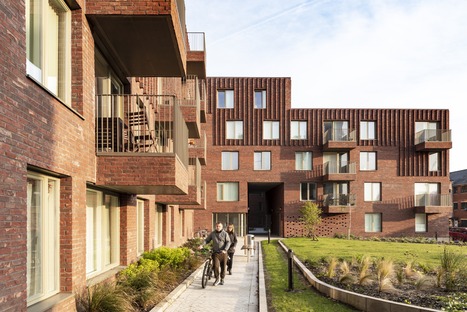 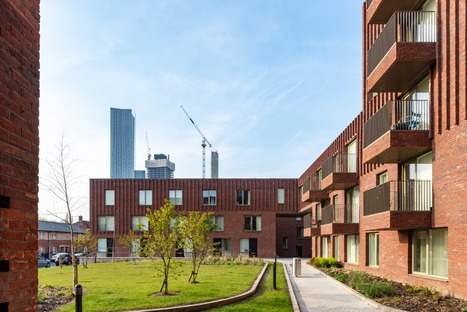 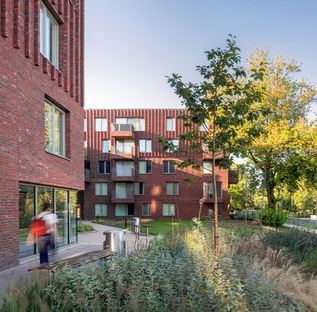 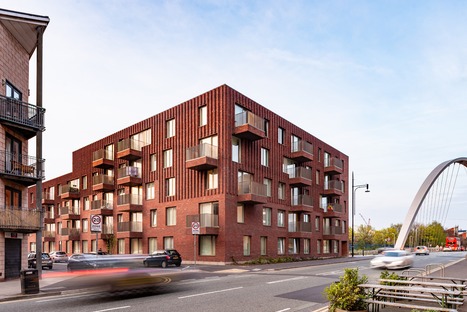 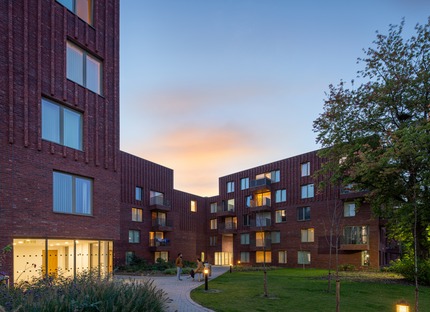 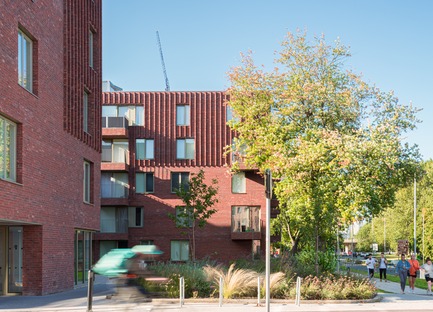 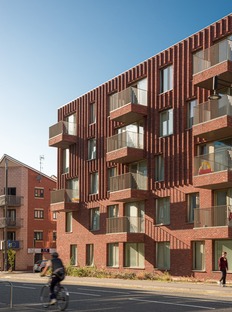 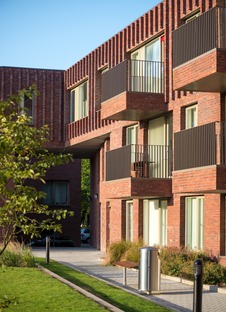 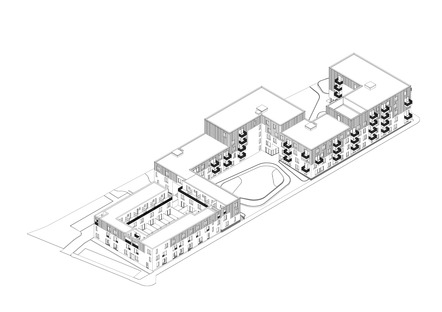