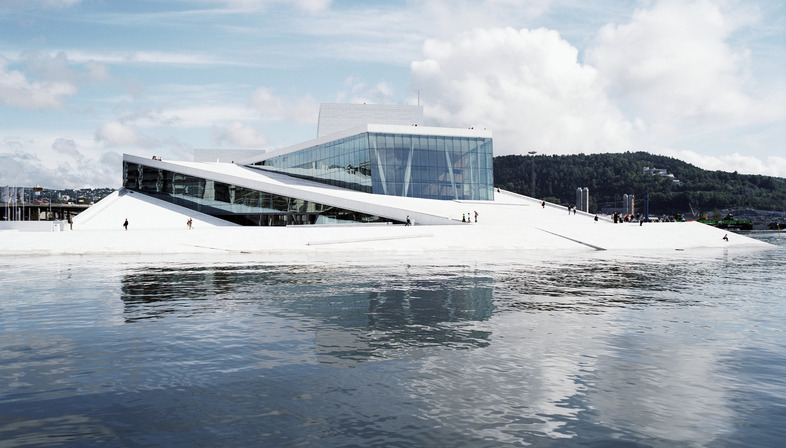 Snøhetta’s Norwegian Opera Ballet Theatre is covered with Carrara marble from Italy and granites from Sweden, in an unusual formal combination making for a monumental yet modern building.
The design of the Opera Ballet Theatre began with a contest held in 2008, and the fact that it faces the sea meant that it had to establish dialogue with the water without exaggerating its distance from it and above all fit into the landscape. The decision to model the passageways on various levels according to linear directions, making the building into a continuation of the land, was a successful one, because the client wanted a monumental building that would reveal the importance of the construction: dance is a young art in Norway and had to be promoted with an outstanding building. The linear connection between the level and the square in front of the sea with the upper level, revealing the building’s interior, is the key to the building’s success, for the client wanted to express the building’s monumentality through the concepts of solidarity, shared property, easy access and openness to all. The architects therefore replaced classic vertical monumentality with a more horizontal orientation that allows everyone to access parts of the building which are normally not easily accessible, such as the foyer and rooftop terrace, even while remaining outside the theatre.
The White Carrara marble of “The Facade” is combined with the Swedish granite of “Ice Green” over the water, while the glassed-in parts of the building reveal the artists rehearsing for performances inside it, piquing the curiosity of people who approach the building to find out what is going on inside.
In structural terms, the theatre rests on a rock formation, while the embankments raised the problem of differences in level due to settlement, solved with the stratigraphy of the earth and gravel and correct planting, as well as separation from areas subject to heavy vehicle traffic and a preference for lighter traffic. The theatre has a curved shape, for acoustic reasons, and the wood typically used in local construction is an essential key to the project. 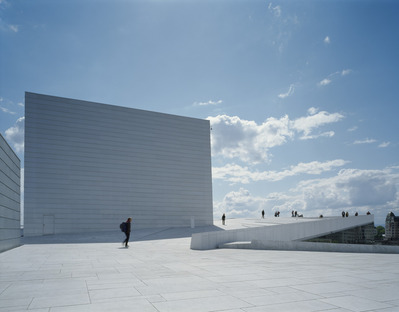 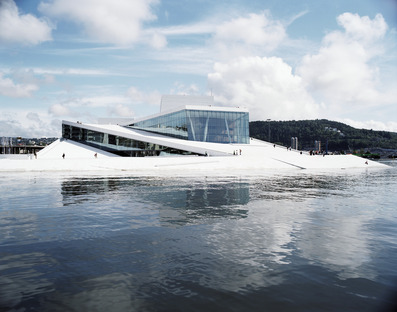 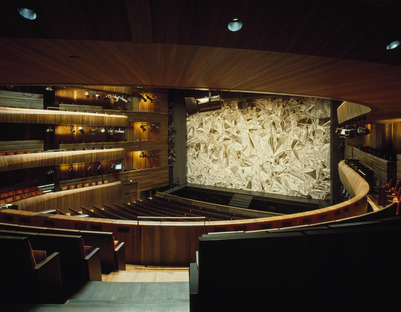 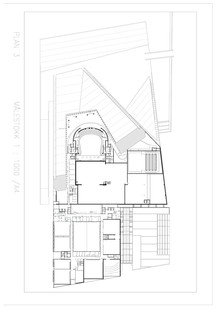 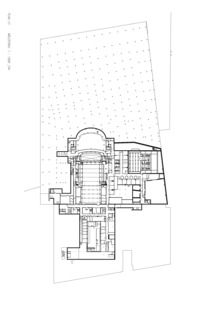 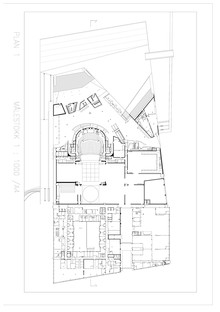 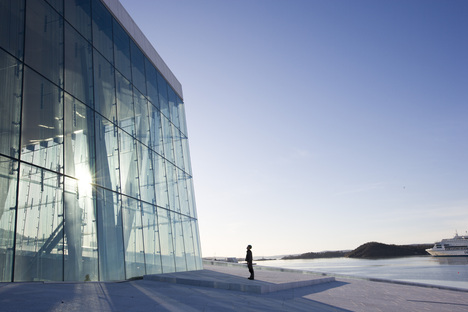 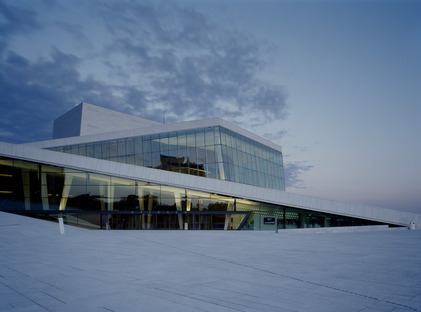 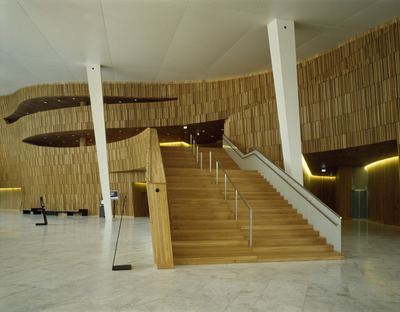 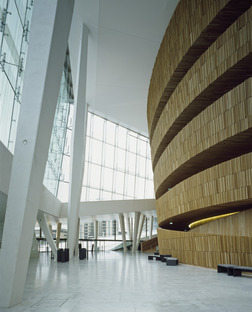 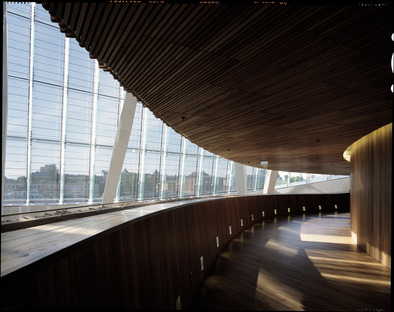 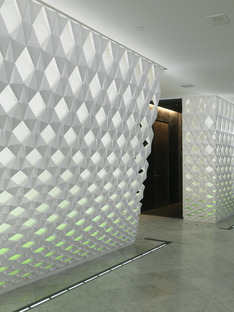 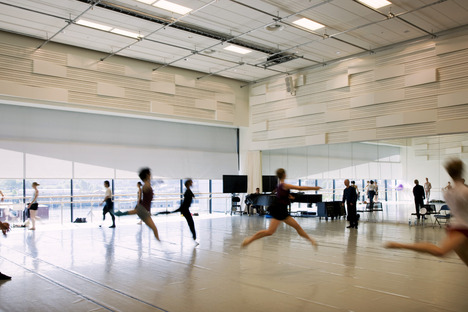 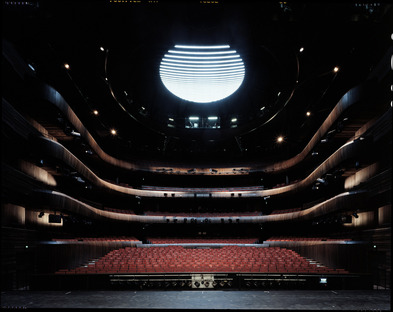