Kengo Kuma’s first building in the United Kingdom is the V&A Dundee Museum, inspired by Scotland’s famous cliffs, but made of concrete in a contemporary formal idiom. 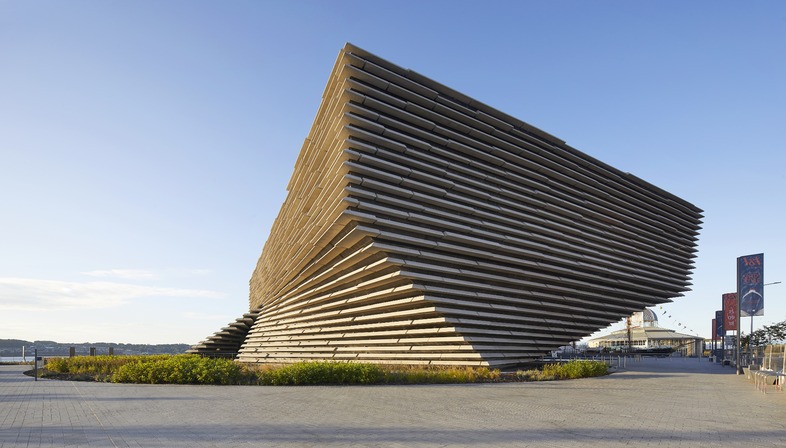 The V&A Dundee is a new branch of London’s Victoria and Albert Museum in Dundee, covered with concrete sunbreaks.

Scotland’s first design museum is intended to become an important landmark in the area focusing on Scotland’s wealth of creativity.
Dundee, the city after which the museum is named, is located on the Tay River, which flows into the North Sea here, creating the harbour in which the museum stands. Its construction was not an easy challenge, in view of the presence of the water, and particularly the foundations and the weight of the all-concrete building. It was important to produce a construction capable of withstanding the rigid Scottish climate and the salty air.
Kengo Kuma therefore designed a building shaped like upside-down pyramids, with a black concrete outer structure covered in horizontal grey concrete elements creating a bold colour contrast. This expedient makes it look like the cliffs on the nearby Orkney Islands, which inspired the architect in his design.
The sunbreak panels characterising the project emerge a few dozen centimetres out from the wall, anchored in place by clamps that are invisible to an inexpert eye; what makes them even more unusual is their apparently imperfect positioning. The reason for this design is the wish to make the building appear more “handmade” than it would have looked with more accurate assembly.
The interiors are also designed with the same care, as the wall panelling in the hall, with its horizontal oscillating wood elements, creates a sense of vicinity to late nineteenth-century British interiors in Liberty style, even while remaining thoroughly contemporary. This choice is particularly appropriate for the highlight of the museum, the Oak Room by Charles Rennie Mackintosh, preserved here following an impeccable reclamation and restoration. 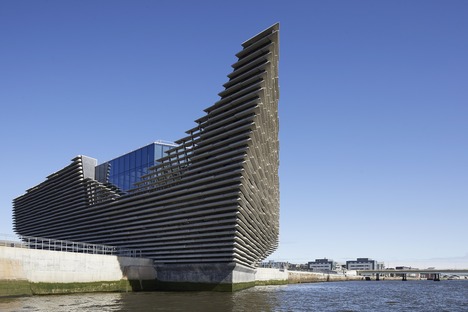 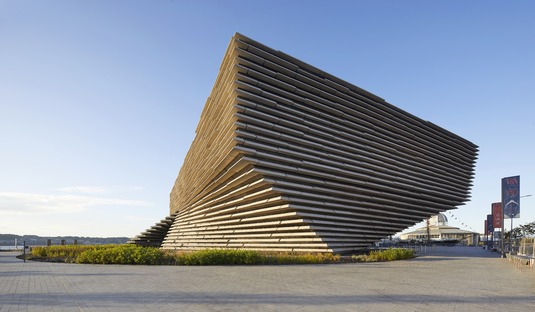 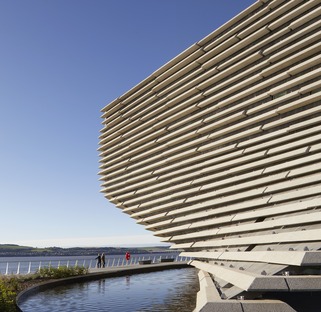 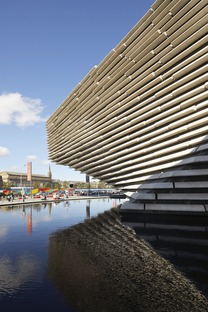 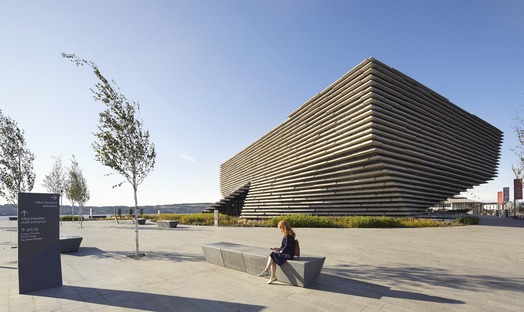 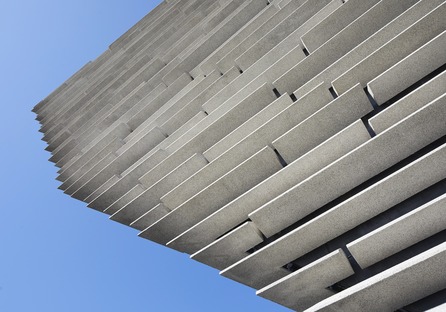 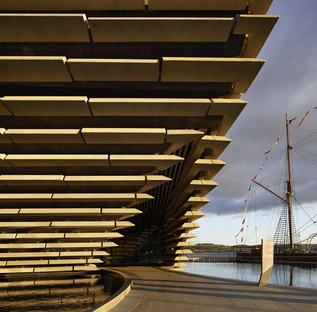 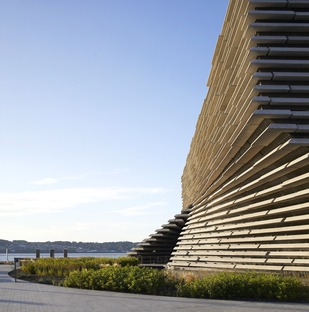 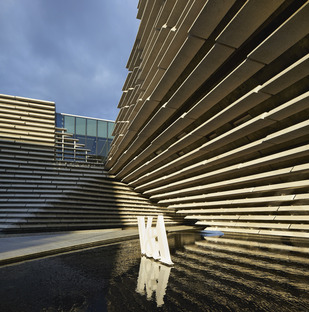 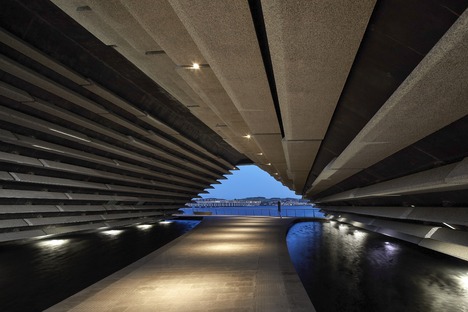 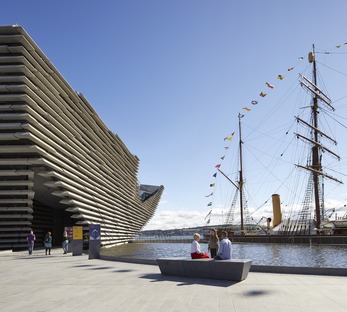 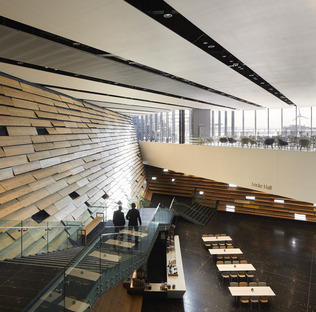 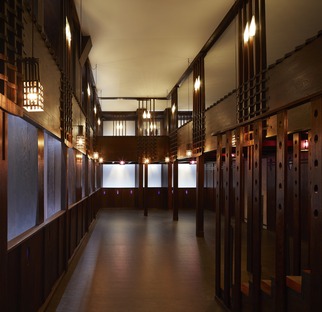 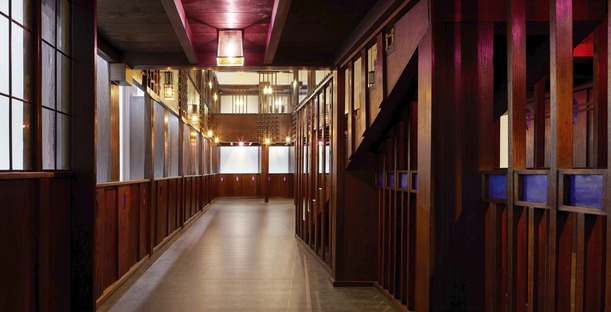 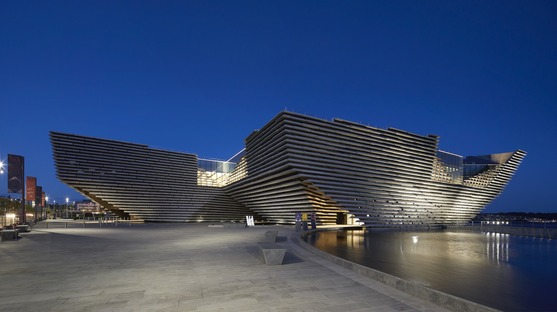 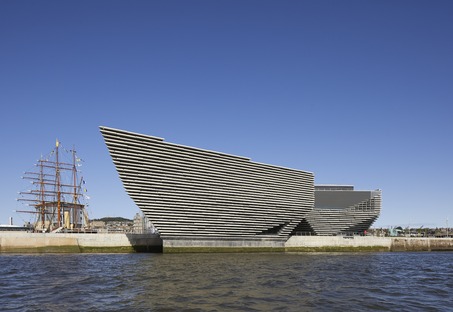 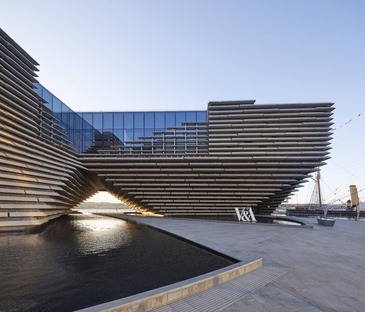 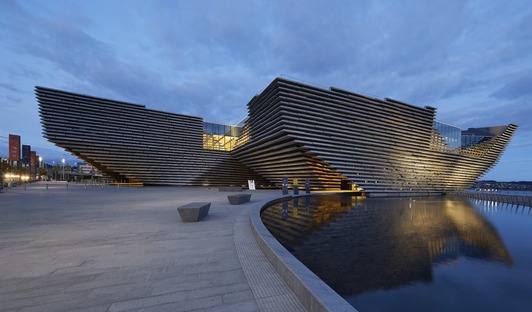 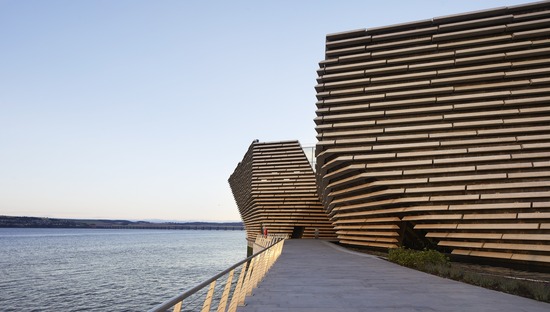 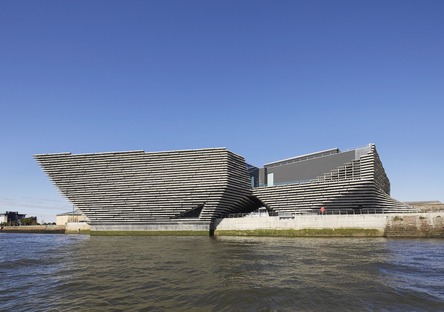