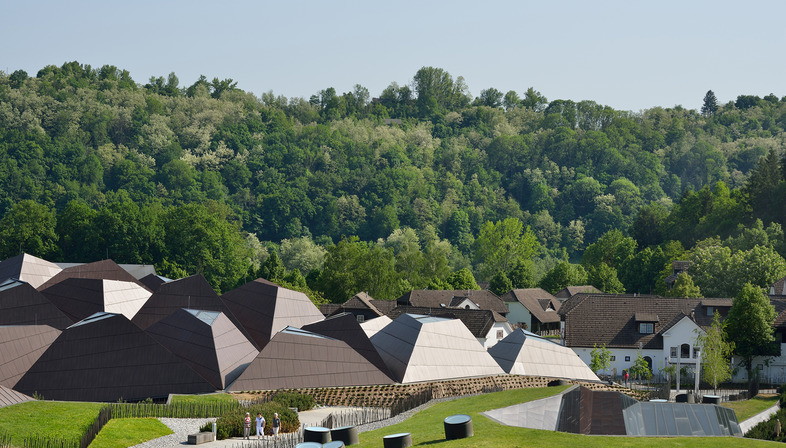 Enota architects completed an indoor swimming pool with a steel and aluminium frame in Podčetrtek, Slovenia.
The most striking feature coming into view upon arrival in the town of Podčetrtek is the aluminium roof over the local swimming pool, formed of a series of truncated pyramids covered with bronze-plated aluminium in what appears from a distance to be a disorderly cluster but is actually very well organised. In formal terms, this is an expressionist version of the roofs of the homes in the community where the swimming pool is located.
The big structural elements are concealed by a second skin that serves to protect them against the aggressive effect of the chlorine in the pools. In addition, the false ceiling is made of OSB wooden panels, laid with free gaps between them, with a vibrant texture that gives the interiors a simple yet original look. This goes well with the panelling, also made of wood with a smooth wengé finish, covering the supporting structures, and anchored with bolts and an identical, though smaller, free gap.
Another key feature of the swimming pool is the roof resting on the big concrete side walls, some of which serve as retaining walls for the hill containing the bed of the pool. Thus the roof becomes a contemporary interruption of the existing tectonics, even while fitting perfectly into the urban landscape, while the glass walls, which can be opened up entirely to channel thermal winds from the land around them, create horizontal and vertical convection at the same time. All this takes place primarily due to the windows at the tops of the pyramids forming the roof, which serve to ensure that hotter air flows upwards. Thermal dispersion is of course limited in winter, thanks to the effect of inertia created by the embankments to the side and the building’s orientation appropriately taking advantage of the greenhouse effect.
The project succeeds in the intention of avoiding the need for a mechanical roof that can be opened up in summer. 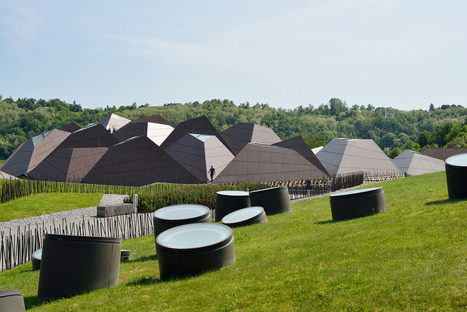 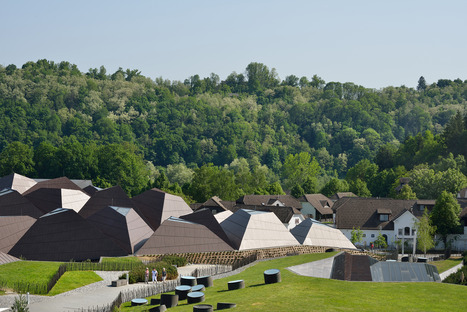 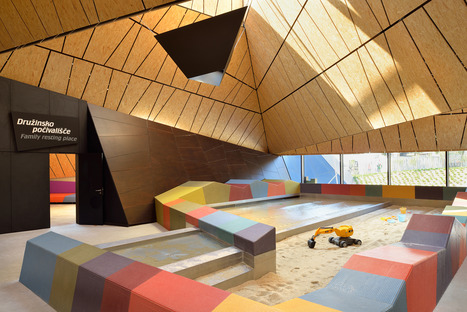 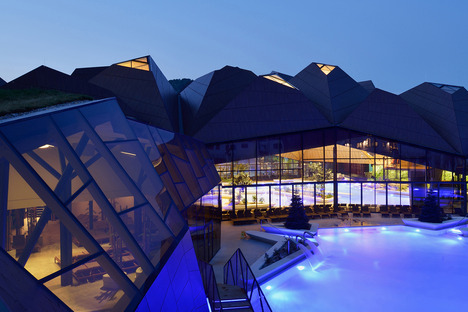 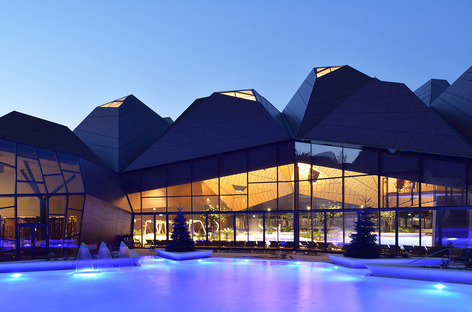 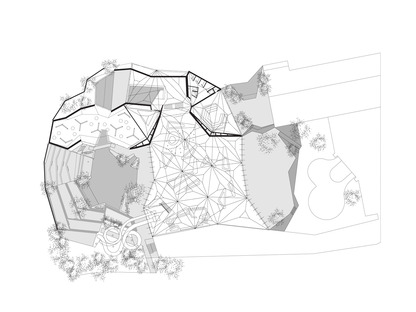 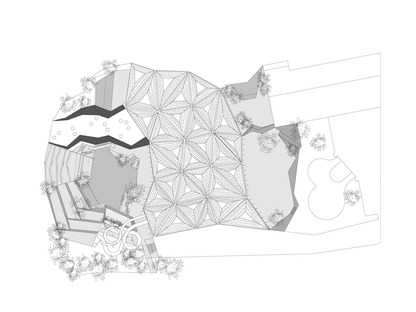 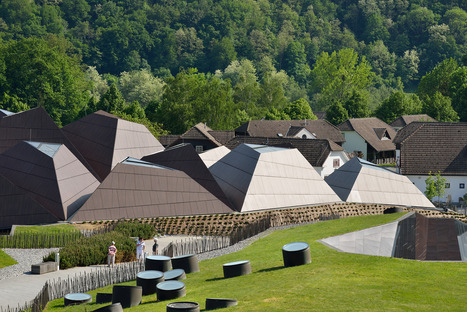 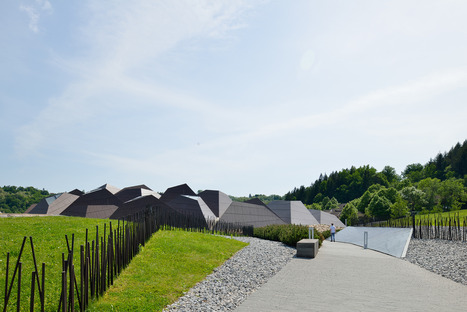 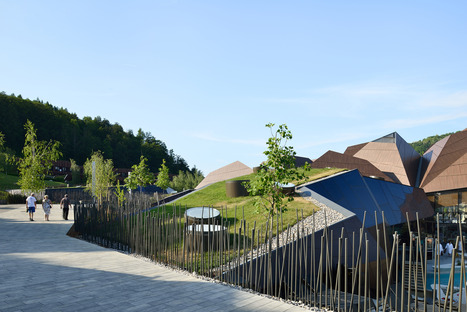 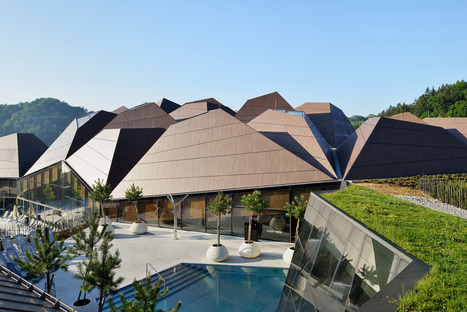 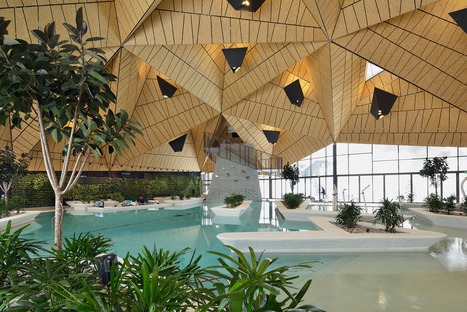 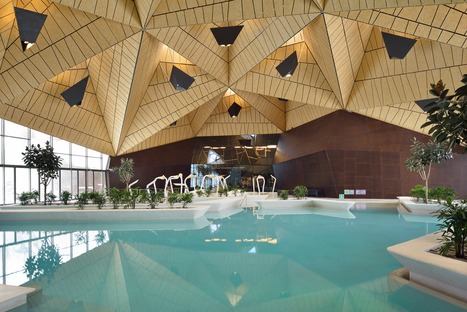 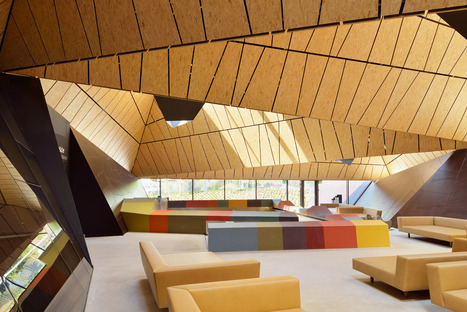