In Izola, Slovenia, Dekleva Gregoric architects’ Livade university campus is a simple bioclimatic building made of glass, steel and concrete. 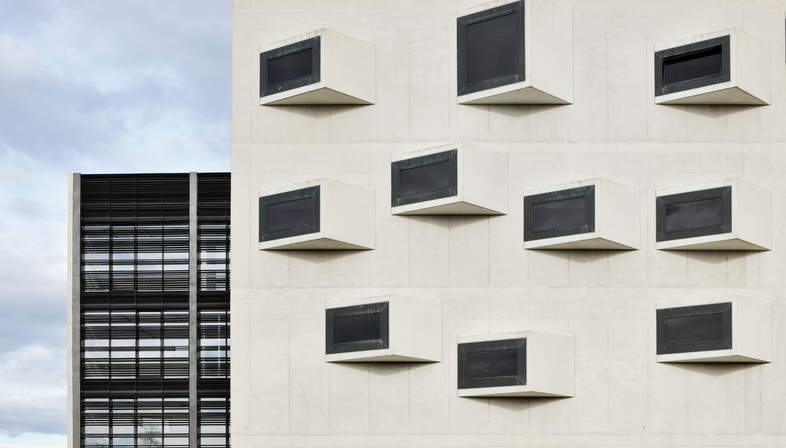 Dekleva Gregoric architects have built the first in a series of six identical glass, steel and concrete constructions on a pleasant hill in Izola, Slovenia.
In this project the architects did not want to create conflict with the existing urban and built surroundings, but merely complete what they had inherited from the past, and prepare the city for what will be built in the future. Hence the campus as a whole takes on the value of a neighbourhood, even while maintaining its institutional character, without excessive pretentions.
The composition revolves around the repetitive nature of the buildings that will be constructed over the years. While all the buildings are volumetrically the same, the iconic funnel-shaped windows characterising their eastern and western walls will be different. The architects began by designing an H-shaped building on four levels as a base, on which rests another, lower building serving as a connection with future constructions. These will contain functions open to the public, separated from those containing laboratories and specific lectures.
The construction as a whole takes advantage of the sun’s path through the sky, with narrow, closed façades on the southern side of the long buildings, while the east-west walls on the outside of the complex are made of light-coloured concrete, cast on site using smooth formworks which impress a simple but original pattern on its surface. The façade is completed with a variety of small funnel-shaped windows, distributed in an apparently random fashion, but in actual fact calibrating the sun’s rays in the classrooms, limiting sunshine during the day and practically eliminating the greenhouse effect during the warmest months of the year. The internal façades contrast with these, and even though they are made of glass and steel, the fact that they are close together and cast shade on one another during the day provides the interiors with all light they need. They form a bioclimatic chamber which allows the building to heat itself in winter, cutting energy costs considerably. All this is regulated by horizontal mobile sunshades incorporated in the double-glazed windows, while the horizontal outer shades are fixed. 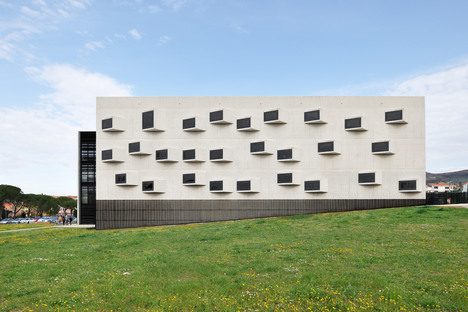 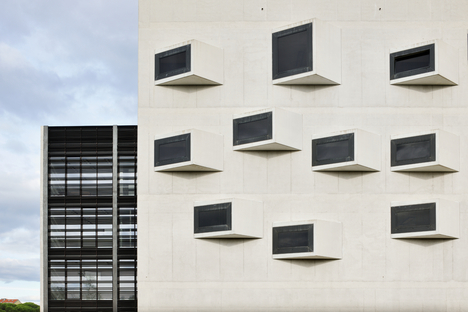 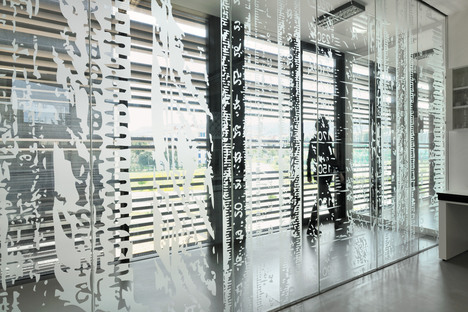 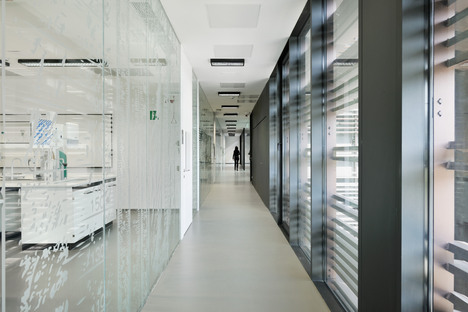 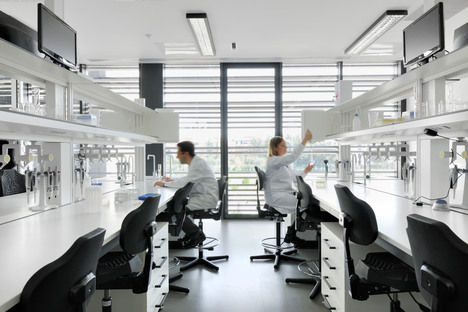 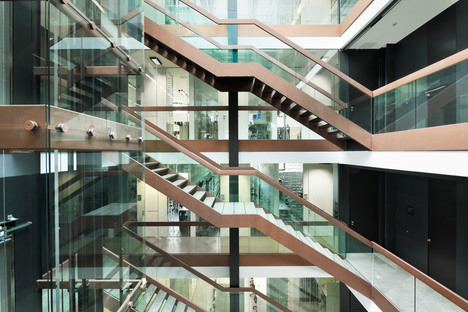 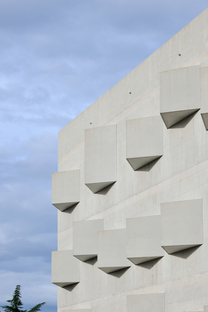 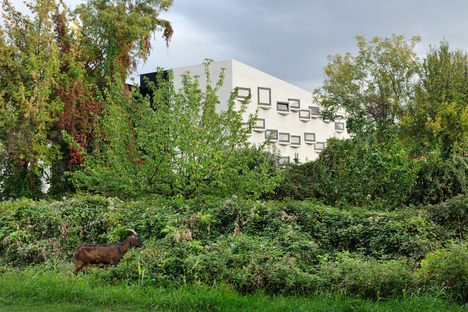 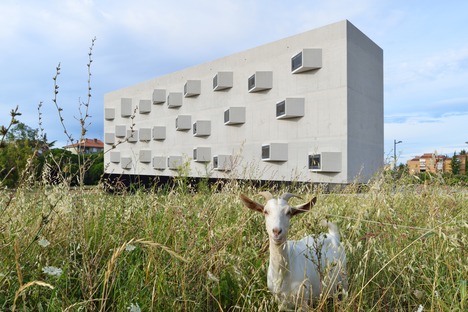 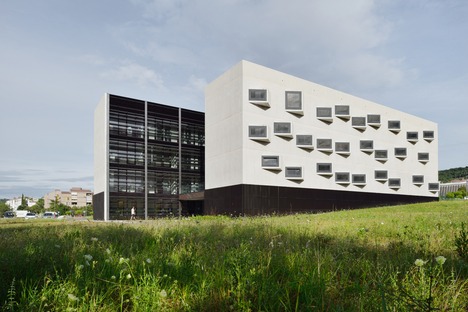 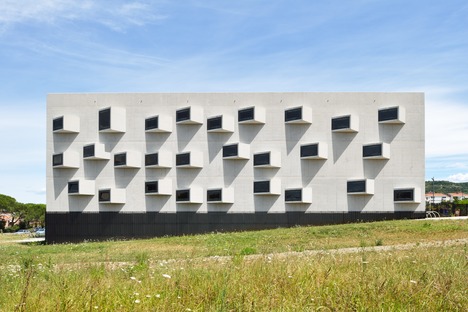 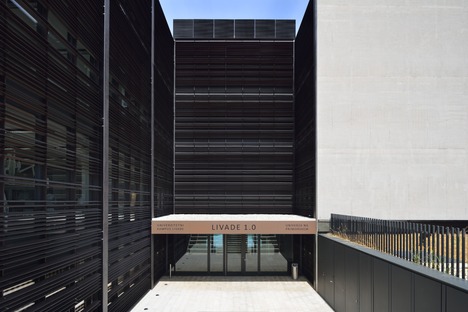 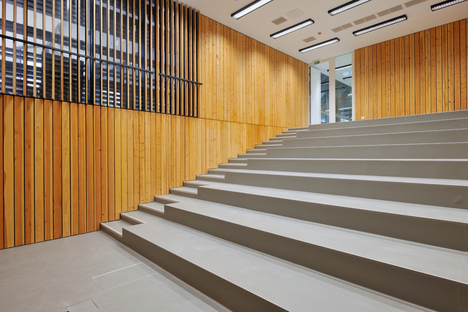 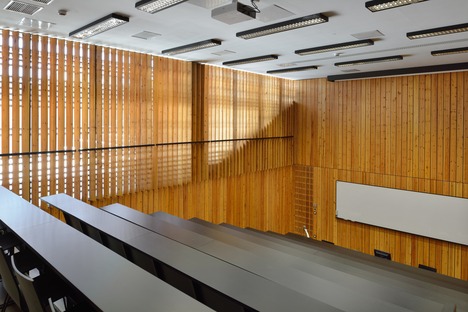