Details of construction of Kaohsiung Centre for the Arts by Mecanoo

Mecanoo uses ship-building technology to create a grandiose, evocative project made entirely out of steel in Kaohsiung 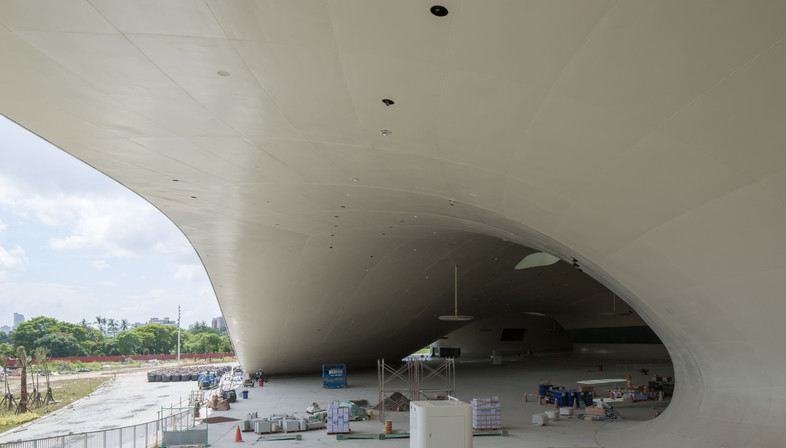 Kaohsiung Centre for the Arts conceals some innovative technologies, in that much of the building is covered with sheet metal, both inside and out. Mecanoo used ship-building technology developed by CIG Architecture of Groningen to engineer and build the skin covering the entire building, which in turn contains theatre spaces supported by imposing weight-bearing structures. The steel cladding only 6 mm thick is comparable in shape to that of a nautical vessel, but not in the tonnage of structural loads, as a building is subject to much less stress than a ship. And if we take into account that boats normally use 8 mm thick sheet metal, we may get an idea of the static forces involved, so it was relatively easy for the designers and producers to put the building together, due to the excellent control between the design and execution phases. In order to obtain a surface as smooth as the inside of a seashell, the welds were made using the ceramic weld backing system, in which the supports between the parts to be welded together are made of ceramic and applied to the back of the joint, so that the weld stays hidden inside the surface in view. The result is perfect structural continuity thanks to complete penetration of the weld, with equally important aesthetic benefits. The design also offers occasional glimpses of the powerful grid structures inspired by Banyan trees, with all their branches and aerial roots. Making a building entirely out of steel offers numerous benefits, including rapid construction and widespread availability of skilled labour on location, as Kaohsiung is a port city with a lot of shipyards. The project took only two years, from 2007 to 2009, while field operations began in 2010 and were completed in 2013, a very short time in relation to the size of the project. 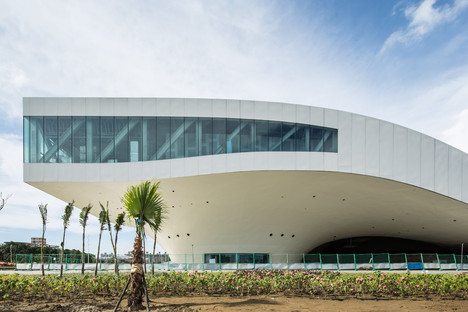 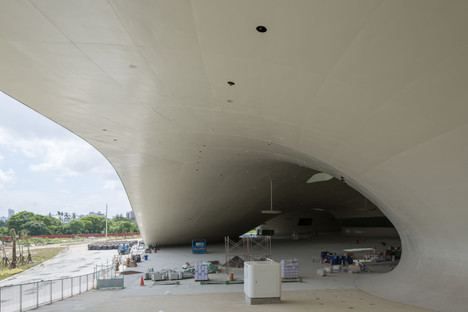 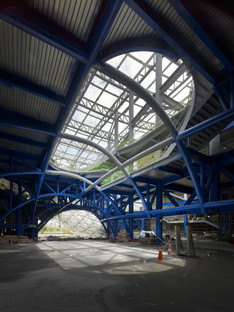 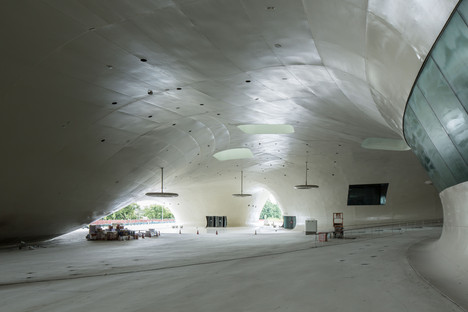 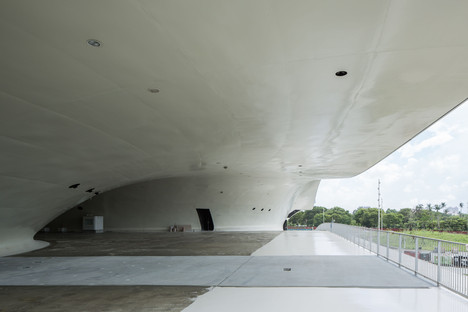 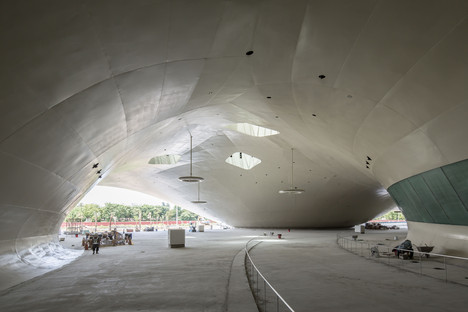 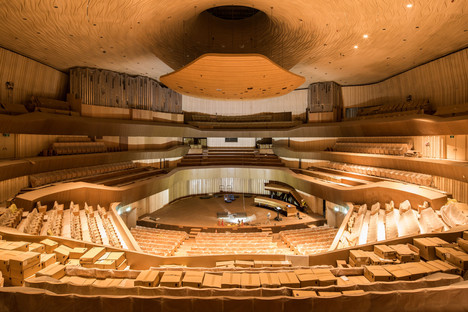 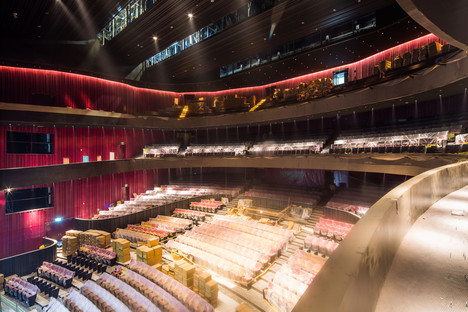 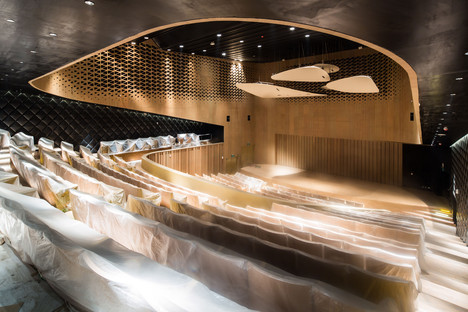 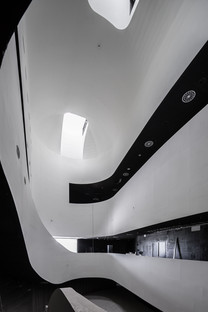 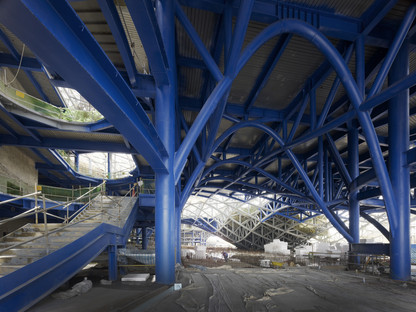